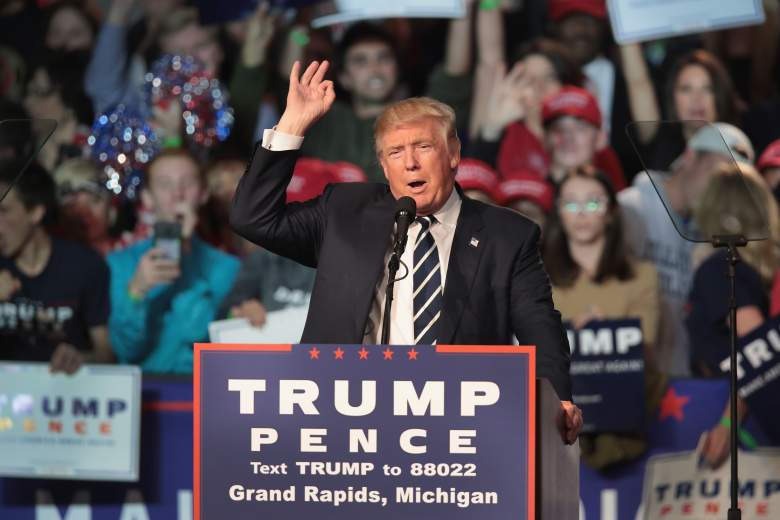 President-Elect Donald Trump will hold a rally in Grand Rapids, Michigan this week.

This will be the third stop on what the Trump transition team is calling the “USA Thank You Tour,” during which Trump will be visiting swing states that helped him win on November 8th. The previous two stops were in Cincinnati, Ohio and Fayetteville, North Carolina.

Here’s everything you need to know about Donald Trump’s Grand Rapids rally.

HOW TO GET TICKETS: Tickets for the event are free, and they can be reserved on the Donald Trump official website. They’re available on a first come first serve basis, and you can only reserve two per mobile number; you have to enter a mobile number because a confirmation will be sent to your phone.

As always, the rally will also be available to watch live on YouTube.

So far, it seems that these events will be quite similar to the rallies Donald Trump held throughout his presidential campaign. The president-elect has spoken from a teleprompter using prepared remarks, but he has still gone off script quite a bit, riffing about whatever is on his mind and seeing how his supporters feel about certain issues. For example, during his first stop in Cincinnati, Ohio, Trump asked those in attendance how they feel about his recent statement that those who burn the American flag should be put in jail and have their citizenship removed.

“Do you agree with my stance that if people burn the American flag there should be consequences?” Trump asked the crowd. The audience applauded in response and began to cheer “USA!”

Since the election, Trump has only conducted two interviews with members of the press. The first was with Lesley Stahl of 60 Minutes, and the second was with Sean Hannity of Fox News, who is an outspoken Trump supporter and who asked the president-elect only softball questions. Other than that, Trump has mostly been ignoring the media, not holding a press conference since July 27th. It seems, then, that these rallies may for now be Trump’s way of bypassing the media and speaking to Americans directly.

Trump also apparently plans to get his message out through the continued use of Twitter; he recently stated that he wouldn’t use his Twitter account if he felt that the press wasn’t biased against him.

If the press would cover me accurately & honorably, I would have far less reason to "tweet." Sadly, I don't know if that will ever happen!

Loading more stories
wpDiscuz
1
0
Would love your thoughts, please comment.x
()
x
| Reply
President-Elect Donald Trump will hold a rally in Grand Rapids, Michigan this week. Here's what you need to know about the event and how to get tickets to it.