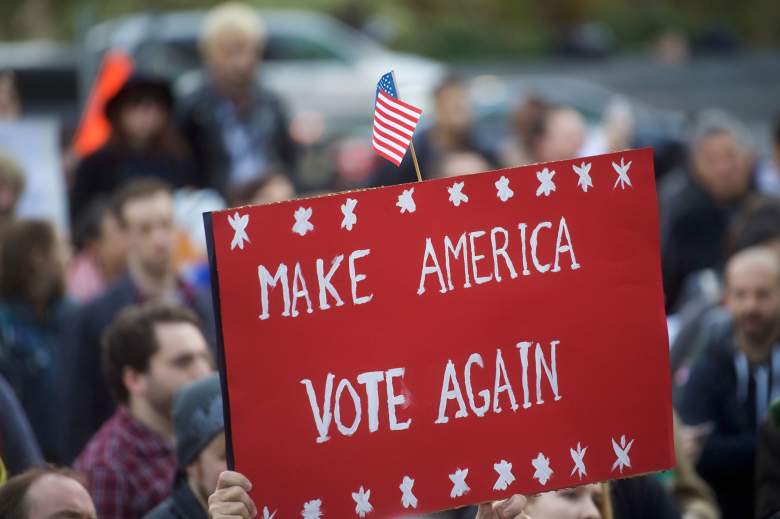 The Electoral College votes today, in a vote that is falling under closer scrutiny than any election since 2000. This is because, although Hillary Clinton won the popular vote by nearly 3 million votes, President-Elect Donald Trump soundly won the electoral college. Since the election, many of Clinton’s supporters have been pushing for Republican electors to change their vote.

Here’s what happens if any Republican electors do change their votes and become “faithless electors.”

Some Faithless Electors Could Face Penalties, Depending on Their State

The rules vary widely from state-to-state. Some states require that electors vote according to their state’s popular vote, and the penalties range from a slap on the wrist to jail time. In Oklahoma, for example, it’s a misdemeanor to vote against the statewide popular vote. In Washington, faithless electors face a $1,000 fine. New Mexico, meanwhile, has made it a felony.

Lawrence Lessig is part of a group of attorneys who are offering free legal advice to any elector thinking of flipping. His group, “Electors Trust,” won’t reveal any electors’ views and consults electors confidentially. But they have offered to help electors who are trying to understand the rules in their states.

Some Electors’ Faithless Votes Could Be Replaced with Alternate Electors

As strange as it may sound, some states have opted to replace electors who don’t vote according to their state. In Colorado, a group of electors sued, wanting to be released from voting for Hillary Clinton and, instead, vote for a Republican compromise candidate to keep Trump from winning. The judge ruled that any elector who doesn’t vote for Clinton, whom the state elected, will be replaced, Fox 21 News reported.

Replacing of electors is happening in more states than just Colorado. In Georgia and Texas, some electors may resign rather than vote Republican. They’ll be replaced too.

A few electors’ changing their vote simply wouldn’t be enough to give the win to Hillary Clinton. In fact, 37 electors would need to switch away from Trump in order for him to lose the 270 electors he needs to automatically win the election. The most likely scenario is that Trump will not lose enough electors to change the election results and he will still walk away the winner.

If, by a slim chance, enough electors change their vote to cause Trump’s vote to fall below 270 electors, then the vote will go to the House of Representatives on January 6, unless Clinton somehow gained enough electors to get 270 votes. The House would choose the President from the three candidates who have the most electoral votes. That will most likely mean they’ll choose between Trump and Clinton. However, if even one elector decides to vote for someone else — and technically, they can choose anyone they want — then that third person will also have a chance at being elected president. The winner would be decided by a majority vote, with each state getting one vote.

Meanwhile, if no vice presidential candidate gets 270 or more electoral votes, the Senate would choose the Vice President by majority vote, choosing from the two candidates who got the most electoral votes. Each Senator would get one vote.

Even if the vote goes to the House, they’ll likely choose Trump since the House is Republican-dominated. There’s always a chance they would choose Clinton because of her popular vote lead, but the chance of a Republican-controlled House choosing a Democrat seems slim. If another Republican gets electoral votes, that might present them with an interesting dilemma. However, they’d likely be facing protests and chaos from both Democrat and Republican voters if they took the win away from Trump and didn’t give the win to the popular vote winner.

More than likely, even if the vote went to the House, the win would still ultimately go to Donald Trump. 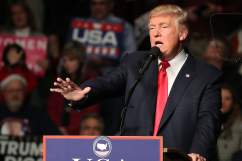 Faithless Electors List: Who Isn’t Voting for Trump in the Electoral College?

Loading more stories
wpDiscuz
1
0
Would love your thoughts, please comment.x
()
x
| Reply
What are the penalties if an elector chooses to flip and not vote according to their state? It varies depending on the state. See details here.