Familial DNA analysis is a controversial method used to track suspects in crimes by using the genetic material of their relatives.

It’s come up in some very high profile cases. In New York, the Queens District Attorney and NYPD chief have called on the state to allow familial DNA testing, saying it might solve the case of murdered jogger Karina Vetrano. Her father has joined in the call for the testing.

“The victim, her family, and the public deserve justice and we have an obligation to use every means at our disposal to identify the murderer,” said Queens DA Richard Brown, according to The New York Post.

Familial DNA testing is controversial with civil liberties advocates who say it’s wrong for family members to be investigated by police when they did not commit a crime.

Only nine American states use familial DNA testing, although the tests are also conducted in some countries in Europe.

Ohio has allowed familial DNA testing since 2012, and has a 12-page protocol for how such testing can be handled, says the Chronicle-Telegram.

The Denver District Attorney, an advocate of familial DNA testing, says it is “an innovative approach to investigating challenging cases, particularly cold cases where the victims are women or children and traditional investigative tactics fail to yield a solid suspect.”

According to DNATesting.com, the United Kingdom is a pioneering leader in familial DNA testing, and its software for doing so is considered more sophisticated than that in the U.S. “Since 2002, the United Kingdom (UK) has been the pioneer in the use of familial searches and routinely performs them on violent crimes (murder, rapes, child rapes and terrorism),” the site said.

The testing has solved cold cases in the UK, including pinpointing a man named Joseph Kappen as a serial killer from the 1970s after DNA from the crime scene showed a familial link to his son, who had been convicted of car theft, said the site.

According to FindLaw, a “familial DNA search is a search by law enforcement in DNA databases for genetic information indicating a relative of a person they seek to identify.”

If law enforcement officials have a DNA sample from a crime scene, they first try to see whether there is an exact match in a DNA database. If that search fails, if allowed, they move on to a familial search.

In such cases, police then begin investigating the family tree to see if they can pinpoint the actual suspect. According to the National District Attorneys Association, “Familial searching is a technique whereby a crime scene profile is deliberately run through the offender databank in the hopes of getting a list of profiles that are genetically similar to the DNA evidence and using this information as an investigative lead to interview family members of the near matches.”

The problem with familial DNA testing in the minds of some civil liberties advocates: It places people under investigation who have done nothing wrong solely because they’re related to someone who may have committed a crime. One article published by the American Bar Association called familial DNA searches “suspicionless, generalized, and arbitrary.”

Some people believe this violates the Fourth Amendment Constitutional prohibition against search and seizure. Wired.com tells the story of man in New Orleans, Michael Usry, who fell under suspicion after familial DNA testing partially matched DNA his father gave for a genealogy project even though he was later cleared in the murder under investigation.

Some people have argued that familial DNA will lead to more poor and minority defendants in the criminal justice system because of the disproportionate amount of DNA profiles for such groups already in the system.

The sketch of the man police want to speak with in the Karina Vetrano murder. (Twitter/Robert Boyce of NYPD)

Karina Vetrano was a jogger who was viciously murdered and raped in Queens in the summer of 2016. Her murder remains unsolved, but police have a DNA sample from the scene (the killer’s DNA was on her neck, fingernails and cell phone, said The New York Post.)

Newsday said that Vetrano’s father, Phil, told the news site he was “astonished” to learn that New York doesn’t allow the process. “I am going to stop at nothing to have this done,” he said, according to Newsday, but some officials believe the process is banned by New York state law or is ambiguous. 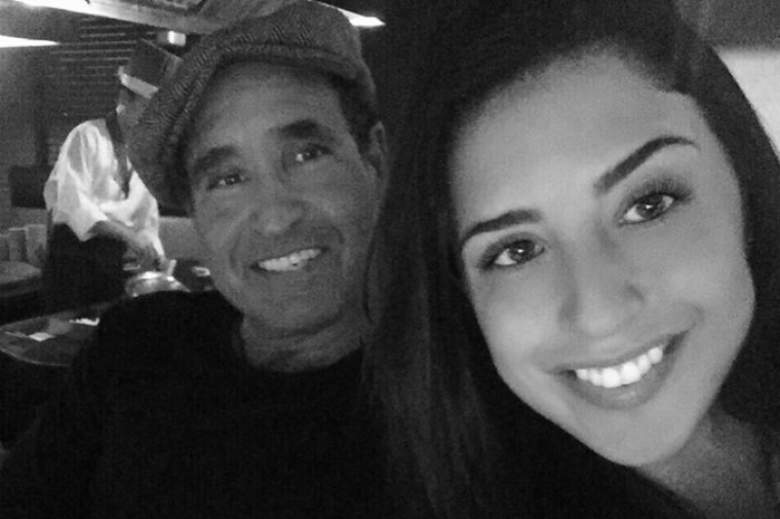 Phil and Karina Vetrano in a photo from the Go Fund Me page that Phil set up.

However, the killer’s DNA does not match anyone currently in the system, so Vetrano’s father wants the state of New York to allow familial DNA testing on the sample. According to The New York Daily News, New York Police Commissioner James O’Neill and Queens DA Richard Brown are also calling for the tests, saying they might be able to solve many crimes in New York, including Vetrano’s.

The state has not responded to the requests yet.

5. Familial DNA Has Led to Arrests in Serious Crimes

Here's a look at Justin Christian. Arrested at his home in Lorain on Friday in connection 2 child abduction cases in Ohio. pic.twitter.com/uPOly3upwB

In Ohio, a man named Justin Christian was accused in the attempted kidnapping of a 10-year-old girl and rape of a 6-year-old girl in Cleveland.