Francisco Serna was fatally shot by police in Bakersfield, California. Serna, 73, who suffered from dementia, was not armed, police said. (Family photo/Facebook)

A 73-year-old unarmed man who suffered from dementia was shot seven times by police in California, while on a walk, his family and authorities say.

“Right across the street is where police shot my father with nine bullets to his body and my dad was not armed,” Rogelio “Roy” Serna, Francisco’s son, said in a Facebook video. “There is false reports about my father having weapons. He was never armed.”

The investigation into the shooting is ongoing by the police department’s critical review board, the Times reports. Officer Reagan Selman, has been placed on paid administrative leave, the Bakersfield Police Department said.

Officers responded to the 7900 block of Silver Birch Avenue about 12:35 a.m. Monday for a report of a man “brandishing a handgun,” Bakersfield Police Sergeant Gary Carruesco told the Times.

“My dad did not own a gun. He was a 73-year-old retired grandpa, just living life,” Rogelio Serna told The Times. “He should have been surrounded by family at old age, not surrounded by bullets.”

1. Serna’s Daughter Says He May Have Been Waving a Wooden Crucifix When He Was Shot

73-Year-Old Man Shot by Police in CaliforniaFrancisco Serna, 73, was shot several times by Bakersfield, California, police. Officers said he was brandishing a gun. His family says he was suffering from the early stages of dementia and didn't own a gun.2016-12-13T17:05:15.000Z

Police responded to Silver Birch Avenue about 12:35 a.m. Monday for a report of a man brandishing a handgun, the Los Angeles Times reports.

A witness pointed the arriving officers to a man, later identified as Francisco Serna, in the driveway of a home, Carruesco said. Officer Reagan Selman fired several shots at him. He was pronounced dead at the scene, police said.

Selman was about 15 to 20 feet away from Serna when he shot him seven times, police said.

Carruesco said investigators have not found a gun, or any other weapons, at the scene.

“During a search of Mr. Serna a dark colored simulated woodgrain crucifix was recovered,” police said in a statement. “Mr. Serna was not armed at the time of the shooting. No firearm has been recovered.”

Serna’s daughter, Laura Serna, told Time that her father had recently started carrying a 6-inch wooden crucifix and that may have been mistaken for a weapon.

“There were moments where he thought he was going to die of old age,” Laura Serna told Time. “He was just carrying that around. I don’t know if it was like for his security. They could have mistaken that for a weapon.”

Bakersfield Police Chief Lyle Martin said at a press conference Selman and his partner were the first officers on the scene. Martin said Serna refused to take his hand out of his jacket pocket and stopped moving, and that is when he was shot by Selman. About 10 minutes passed from the time of the 911 call to the shooting.

Martin said the caller told the officers “‘That’s him!'” and then 20 seconds passed when shots were fired.

“They’re being told he had a handgun and ‘that’s him.’ It’s kind of tough to address that in 20 seconds,” Martin said.

Police said Serna did not make any threatening moves toward the officers and no less-than-lethal force attempts were made prior to the shooting. 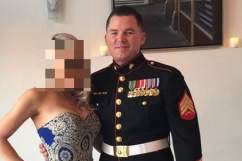 2. Serna’s Son Says His Father Has Showed Signs of Dementia Since 2015, Including Delusions, & Often Went on Short Walks When He Couldn’t Sleep

Francisco Serna’s son, Rogelio, told the Los Angeles Times that his father has been showing signs of dementia since 2015, and the symptoms, including delusions, have been getting worse recently.

Rogelio Serna said on Facebook his father often had trouble sleeping and would take “small walks to cope and make himself tired.”

Serna’s son wrote, “Well around 12:30 a.m. Monday morning … He took his last walk and was killed in a 15 (minute) window frame (right) across the street from his home.”

Rogelio Serna told The Times that Bakersfield Police had been called to his father’s home twice in the past after Francisco Serna became confused and activated a medical alarm.

Police did not confirm those calls.

3. Serna Was a Married Father of 5 & Grandfather Who Moved to Bakersfield to be Closer to His Kids

He was retired from his job working at a cotton gin in McFarland, California, and moved to Bakersfield with his wife about eight years ago to be closer to his children, Rogelio Serna told the newspaper.

4. A Candlelight Vigil for Serna Was Held Tuesday Night

Rogelio Serna said on Facebook that a “peaceful” candlelight vigil was held Tuesday night near the scene of the shooting.

“I would like to thank everyone for all your kind words, thoughts and prayers from my whole family,” Roy Serna wrote on Facebook. “We want the TRUTH to be told. My father was MURDERED by BAKERSFIELD POLICE DEPARTMENT.”

At the vigil, one person held up a sign reading, “Justice for Francisco Serna,” NBC Los Angeles reports.

5. The County Where Serna Was Shot Has the Most Police Shootings Per Capita in the United States, the Guardian Found

Officer Reagan Selman, who shot Serna, has been with the police department for 16 months, and was promoted from trainee to officer in February 2016. He is a Marines veteran and is originally from Texas.

Bakersfield, California, is located in Kern County, which a report from the Guardian found to have the most fatal police shootings per capita in the United States.

In 2015, there were 14 people killed by police in the county, which has a population of about 875,000, according to the Guardian’s report. In New York City’s five counties, home to about 10 times the amount of people, there were 10 fatal police shootings, the Guardian reported.

Serna was the fifth person to be killed by police in Kern County in 2016, according to The Counted, the Guardian’s project to track police shootings.

Since the Guardian’s reports on Kern County, calls have been made for the U.S. Department of Justice to investigate the Bakersfield Police Department.

Families of several men killed by Bakersfield police held a press conference in October 2016 to call for the federal intervention, KERO-TV reported at the time.
Ben Meiselas, an attorney with the powerful law firm Geragos & Geragos, said they were there to send a message.

“That is for the Department of Justice to take over the Bakersfield Police Department,” Meiselas said. “And to have an inspector or a federal supervisor monitoring the department on a daily basis.”

The four families represented at the press conference all have open federal law suits against the department and have claimed “systematic corruption and widespread civil rights abuses within BPD.” 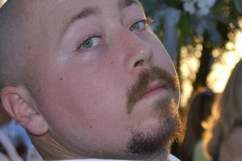 Read More
5 Fast Facts, Breaking News, California, Crime, Police
A 73-year-old man with dementia was fatally shot by police in Bakersfield, California. He was not armed with a gun, police say.