Ivanka Trump‘s holiday travels got off to a rocky start on December 22, when a man confronted her. She was flying with her husband, Jared Kushner, on a commercial JetBlue flight from New York with their three children to Palm Beach. Matthew Lasner, the husband of the passenger who was kicked off, tweeted about the incident, but has since deleted his tweets.

An hour before the flight was set to take off, Lasner tweeted that his husband, later identified as Daniel Goldstein, was “chasing them down to harass them,” adding “#banalityofevil.” 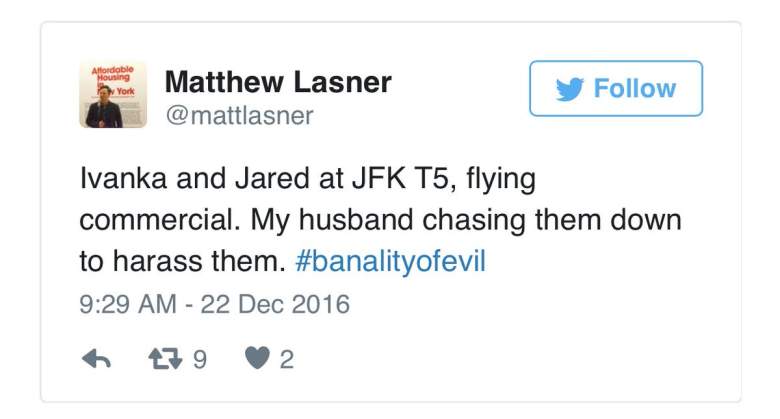 Nearly an hour later, Matt Lasner claimed that Goldstein “expressed displeasure in a calm tone.” After JetBlue staff overheard the comments, they “kicked us off the plane.” Lasner also tweeted a photo of the scene, showing Trump sitting in a middle seat in the main cabin.

“Ivanka just before @JetBlue kicked us off our flight when a flt attendant overheard my husband expressing displeasure about flying w/ Trump,” Lasner wrote.

A passenger on the flight later told TMZ that the passenger was yelling – not talking in a “calm” manner. The witness claims the passenger yelled, “You father is ruining the country.” The passenger also said, “Why is she on our flight? She should be flying private.”

According to TMZ’s witness, Ivanka tried her best to ignore the man, as she was with her three children. As he was kicked off the flight, TMZ reports he yelled, “You’re kicking me off for expressing my opinion?”

The Daily Mail reports that Goldstein didn’t confront Kushner, who was sitting right next to her.

BuzzFeeed News spoke with Marc Scheff, the person seen sitting in front of Ivanka in the photo Lasner posted. Scheff said that Goldstein never actually approached Ivanka. “He did not approach her seat or speak to her. He did not yell. He was visibly shaking. I would say he was agitated,” Schiff said. He added that Goldstein didn’t “get up in her face,” and “spoke from where he was standing.

Scheff also posted a long statement on his Facebook page. He called the story “part of a pattern of distraction. As Ivanka flies coach DT announces he wants to ‘greatly increase’ our nuclear arsenal,” referring to Trump’s tweet. “The United States must greatly strengthen and expand its nuclear capability until such time as the world comes to its senses regarding nukes,” Trump wrote on Twitter on December 22.

Lasner, who deleted all the tweets related to the incident, is a professor at Hunter College and lives in New York, according to his Twitter page. He’s also the author of High Life: Condo Living in the Suburban Century. Lasner identifies his husband as Goldstein in the book Affordable Housing in New York. According to the Daily Mail, Goldstein is a lawyer in Brooklyn. According to his book, the two also share a son named Amos, who was seen with them on the flight.

JetBlue has issued the following statement on the incident:

“The decision to remove a customer from a flight is not taken lightly. If the crew determines that a customer is causing conflict on the aircraft, the customer will be asked to deplane, especially if the crew feels the situation runs the risk of escalation during flight. Our team worked to re-accommodate the party on the next available flight.” 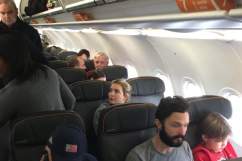 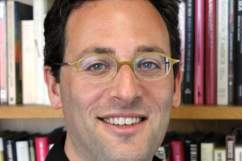 Loading more stories
wpDiscuz
24
0
Would love your thoughts, please comment.x
()
x
| Reply
Ivanka Trump and Jared Kushner were confronted about her father, Donald Trump, on a JetBlue flight. The passenger who harassed her was kicked off the flight.