Jason Miller accepted the position of Donald Trump’s new White House Communications Director for just two days before saying he would no longer take the job.

The seasoned Republican political communications operative is raising eyebrows because of the suddenness with which he left the post.

Miller, 41, is embroiled in a controversy involving tweets unleashed by Trump adviser A.J. Delgado. A married father, he has worked on the campaigns of many top Republican politicians.

1. Miller Cited Family Reasons for not Taking the Trump Job

Politico said Miller told Trump officials he would not be taking the Communications job on December 23, two days after his selection was announced.

News.com said that Miller contended he was not taking the Trump administration job so he could spend more time with his family.

Miller said in a statement: “After spending this past week with my family, the most amount of time I have been able to spend with them since March 2015, it is clear they need to be my top priority right now and this is not the right time to start a new job as demanding as White House Communications Director.”

Delgado, a Miami lawyer and Trump adviser who is the daughter of Cuban immigrants, unleashed a series of Tweets after Miller was named Trump’s Communication director. She has now deleted her account, but numerous news sites captured them in screenshots.

“Congratulations to the baby-daddy on being named WH Comms Director!”

“When you try to put on a brave face and tweet about nonsense to distract, your feed looks like @Jason MillerinDC’s.”

“When people need to resign graciously and refuse to, it’s a bit … spooky.” (When she was asked on Twitter whom she was referring to, she said, according to The New York Daily News, “Jason Miller. Who needed to resign…yesterday.”)

She revealed on Twitter in August 2017 that she had given birth to Miller’s child, a boy. After the Page Six article that quoted Miller as saying that he and his wife were welcoming the child into their family, Delgado unleashed a string of new tweets on the situation:

She also accused Miller of not helping pay for the child. 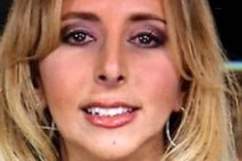 According to Ballotpedia, “Miller is a longtime communications strategist for conservative candidates and issues, primarily working to produce advertisements and speak to the press. After working on the presidential campaign of Ted Cruz in 2016, Miller became the senior communications advisor to Donald Trump’s 2016 presidential campaign in June 2016.”

Ballotpedia said Miller was the “senior communications advisor for Ted Cruz’s 2016 campaign and worked as a consultant for several congressional campaigns, including Sen. Tom Coburn (R-Okla.), Sen. George Allen (R-Va.) and Sen. Mark Sanford (R-S.C.).” Bloomberg described him as a “Republican operative” when Trump hired him.

According to Bloomberg, Miller “has a long history of helping guide GOP campaigns, including Rudy Giuliani in his 2008 presidential bid, Kentucky Governor Matt Bevin, and South Carolina Representative Mark Sanford.”

4. Miller Is a Native of Seattle & Was Featured in a Major News Story About Frat Boys

Bloomberg reported that Miller, “a Seattle native, is a partner and vice president for Jamestown Associates, a Washington, D.C.-area campaign consulting firm.”

The Washington Post said Miller, 20 years ago, “was a bright-eyed senior at George Washington University — and a major character in a Washington Post story about the raging fraternity party scene there.” Miller had “promised a rager” to a Post reporter writing about parties at the campus, said The Post.

The article quoted Miller as saying, “he’s got a 3.0 average, a major in political science and a job as a staff assistant in Sen. Slade Gorton’s (R-Wash.) office on Capitol Hill. He will become a lawyer and probably a politician some day.”

5. Miller Is Married & His Wife Is Expecting Their Second Child

Miller’s wife is expecting their second child, a daughter, in January, said The New York Times.