Still no sign of family from Columbus whose plane went down near Burke last night. Coast Guard will search until 7:30 tonight @wkyc pic.twitter.com/iOOzZYbqCT

An Ohio beverage company CEO died in a plane crash over Lake Erie with his family and neighbors while returning from a basketball game in a Cessna Citation 525 plane.

John T. Fleming, his wife, Sue, and their teenage sons were on the plane, as were a neighbor and his daughter. The plane was heading for Columbus, Ohio when it disappeared. The neighbors were identified as Brian Casey and his daughter, Megan, 19, a University of Wisconsin-Madison student studying nursing.

Altogether, the plane carried six people when it disappeared. A bag has now been found from the plane, and all are presumed lost.

On January 6, authorities announced that “Divers recovered the cockpit voice recorder, pieces of debris and possible human remains” from the airplane, reported CNN.

The family was from Dublin, Ohio.

1. The Flemings Were Returning From a Basketball Game

John Fleming and his, wife, Suzanne, the neighbors, and the Flemings’ sons, Jack and Andrew, had taken the plane to see a basketball game. Suzanne Fleming was 46, John (Jack) was 15, and Andrew was 14. “The group was in Cleveland to attend the Cleveland Cavaliers’ game,” reported WKYC-TV.

NBC4i reported that “Jack is a sophomore at Olentangy Liberty High School…Delaware County Special Olympics told NBC4 Andrew is one of their athletes.”

The Columbus Post-Dispatch reported that “the family and neighbors were in Cleveland to watch the Cavaliers game against the Boston Celtics on Thursday night as a treat for the holidays.”

2. The Plane Appeared to Lose Altitude

John and Sue Fleming and their sons Jack and Andrew, who went missing in a plane over Lake Erie last night. https://t.co/Vxu6fNCSEV pic.twitter.com/sIOKuPgkfQ

The plane “quickly lost altitude” after taking off from a Cleveland, Ohio airport, reported the Associated Press.

John Fleming, 46, was piloting the airplane, and it vanished about two miles out over Lake Erie, said the AP. The AP said a flight tracking service noticed only three pings from the plane and “the last one indicated rapid altitude loss.”

Fleming’s father told the news media that his son was an experienced pilot (he updated his pilot’s license in 2015, reported WKYC). 10TV reported that “the aircraft took off westward from Burke, then turned north across the lake.”

The plane took off at 10:50 p.m. December 29 for the Ohio State University in Columbus, ‘where the plane is housed at the airfield hangar,” according to WKYC.

Superior Beverage Company’s website describes the company as providing “Ohioans with the finest beverages in the state, with roots that date back to 1922.”

“With over 650 associates, we service 37 counties in Northeast and Central Ohio. Superior Beverage Group represents a world-class portfolio of over 500 wine, beer and non-alcoholic beverage brands. Superior delivers to over 12,000 retailers with unsurpassed customer service,” the website says.

Flag outside of @CbusSuperiorBev is at half staff while search continues for plane CEO John Fleming, family and friends were on. pic.twitter.com/x8PT3tQQte

The company released a statement that read in part, “We have learned that our valued colleague and leader John T. Fleming, President and Chief Executive Officer of Superior Beverage Group, his wife Sue, sons Jack and Andrew, and two close friends were involved in an aircraft accident near Cleveland Thursday night. While search and rescue operations are under way, we are focusing our efforts on supporting the families involved. We are working closely with the proper authorities conducting the investigation. We appreciate the efforts of the first responders on the scene.”

#BREAKING: Officials say a Dublin family and their neighbors were on the plane that's gone missing over Lake Erie – https://t.co/yNdH5BCeSx pic.twitter.com/HS7wT7fayZ

As of the morning of December 30, rescuers had found no signs of wreckage from the plane and had not located an emergency beacon, reported NBC4i.

However, the U.S. Coast Guard was planning to suspend its searching the evening of December 30. As the night ended, hopes started to dissipate.

By December 31, the six were presumed dead, and divers were looking for the plane’s wreckage.

5. Fleming Was Well Liked in Columbus

Tributes started pouring in on social media. One man wrote on Facebook, “This is a very sad way to end 2016. John Fleming was such a great family man, and business leader. My family personally worked and sold Fame Beverage to Superior Beverage Group 10 years ago. John and I worked almost daily for 6 months and we developed a very good relationship.”

Pilot of disappeared Cessna over Lake Erie was John Fleming, CEO of Superior Beverage in Columbus. Worked with him in the past. Good man.

Another woman wrote on Facebook, “This is a tremendous tragedy for the Dublin Irish Festival, for JDRF Central Ohio and, most importantly, the Fleming Family. Prayers for a miracle for this fantastic family.”

The Dublin, Ohio mayor said in a statement, “We are deeply saddened by this news,” said Mayor Greg Peterson. “Dublin City Council, City of Dublin staff and the Dublin Irish Festival family are keeping all of those on board the flight in our thoughts and prayers.” The statement said John Fleming “served as the 2008 Dublin Irish Festival Honorary Chair. He and his family are some of the Festival’s biggest fans and supporters.”

A man wrote, “This is terrible, terrible news about John Fleming of Superior Beverage. I just saw him last week Christmas shopping at Easton with our mutual friend (who) was trying to recruit John to come onto our Columbus Chamber Board.” 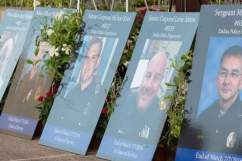