This1962 NASA file photo shows then astronaut John Glenn in the Friendship 7 spacecraft during his flight around the Earth. Astronaut and American hero John Glenn died on December 8 at the age of 95 at a hospital. He had been in failing health for several years, including a pacemaker, vertigo, a stroke, and failing eyesight. Glenn was the first man to orbit the earth. He was also the oldest man in space, a U.S. senator, and the loving husband of Annie Glenn, 96. She survives him. Glenn and his wife met as young children and had an iconic love story. They were married for more than 70 years, and he praised her as his hero because of her perseverance in dealing with a stuttering problem that left her sometimes unable to communicate. They had two children together, a daughter and a son, and grandchildren as well. Ohio Governor John Kasich announced the death of Glenn in a statement, praising him, as did NASA, which wished him godspeed. He was remembered as the last true American hero. Glenn was also a World War II veteran who saw combat. At the age of 77, he went back to space, flying on the Space Shuttle Discovery. He was also a supersonic test pilot. Ohio State University announced Glenn's death on December 8, 2016. President Barack Obama said in a statement that America had lost an icon with Glenn's death. According to NASA, Glenn flew 59 combat missions during World War II. Here are photos from different periods of time throughout Glenn's life, including some of his iconic and heroic space missions for NASA. Glenn is one of the best known American astronauts in U.S. history. (getty) 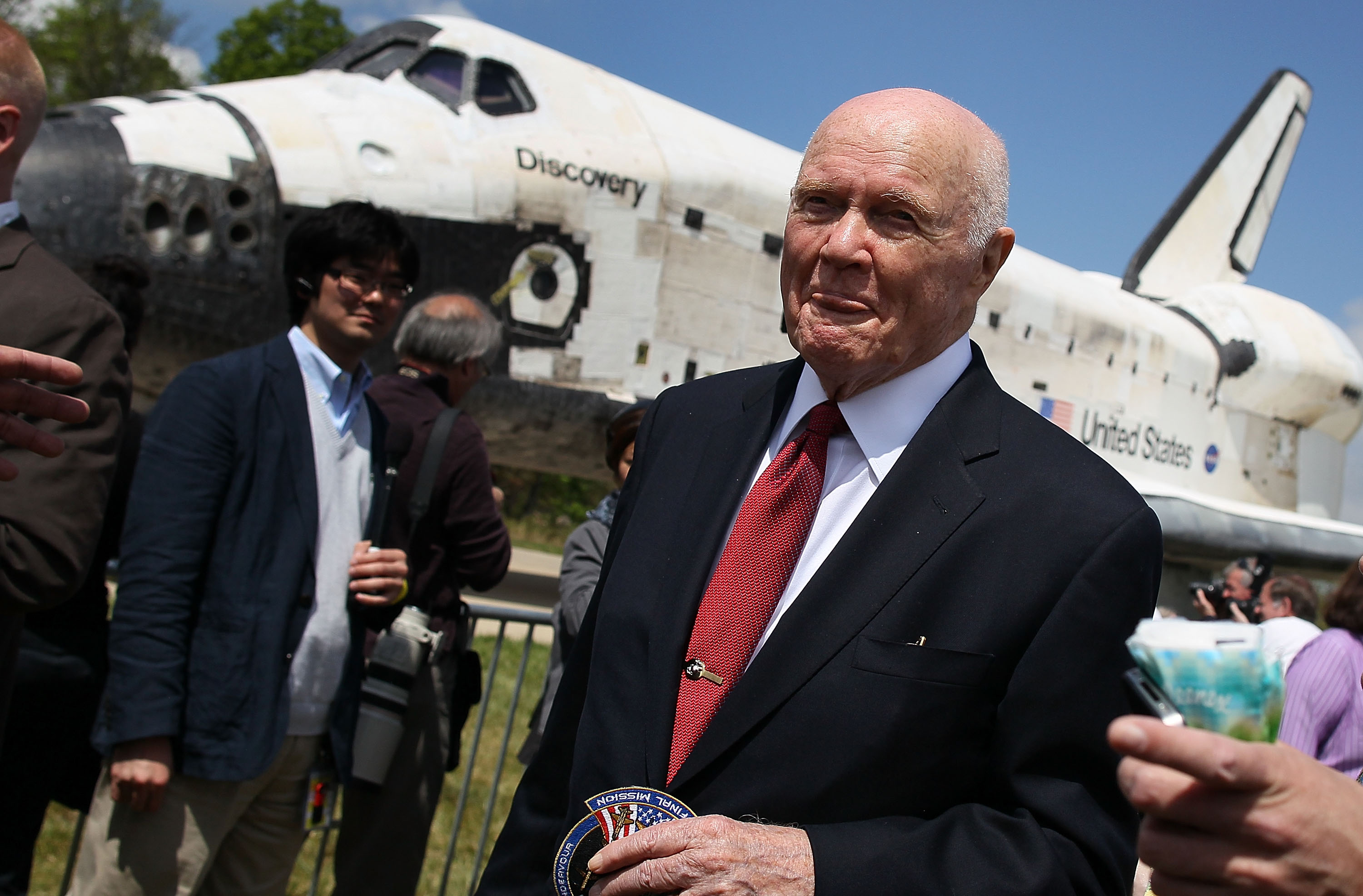 Read More
Breaking News, NASA, Ohio
John Glenn is dead at age 95. Here are photos to remember the incredible life of the astronaut who was an American hero.