Rescuers say it is a “Christmas miracle” that a Pennsylvania mother survived a 26-mile walk through a snow-covered Arizona forest near the Grand Canyon after she got lost with her husband and son.

Karen Klein, 46, was found more than a day after she split away from her family to find help, the Coconino County Sheriff’s Office said. Her 47-year-old husband, Eric, and 10-year-old son, Isaac, were also rescued.

The Klein family, who live in Easton, Pennsylvania, were on a snowy road on December 23 trying to reach the Northern Rim of the Grand Canyon when they became stuck. Karen Klein went looking for help, while her husband stayed with their son. She was found a day later, suffering from cold exposure, but conscious and otherwise OK. She remained in the hospital on Tuesday, recovering.

“This is a Christmas miracle,” Jim Driscoll, the chief deputy for the sheriff’s office, told the Associated Press. “We were really beginning to think, especially with the snow coming in … we pulled out all the stops.

“Our guys are ecstatic. This is a save,” Driscoll said. “We were able to get a family back together for Christmas. It could have gone very bad very, very easily.”

1. Klein Ate Twigs & Drank Her Own Urine to Make It Through the Grueling 30-Hour Ordeal

The Klein family were on vacation in Arizona and were trying to reach the Grand Canyon, when they got lost, the Coconino County Sheriff’s Office said:

Ms. Klein, her husband and 10-year-old son are from Pennsylvania. They rented a car in Las Vegas and drove to visit southern Utah. Yesterday afternoon, they were following their GPS system in attempt to visit the Grand Canyon. However, SR67 to the North Rim currently is closed for the winter season. The GPS system detoured them through forest service roads which were receiving heavy snow. Their vehicle became disabled.

Ms. Klein left the vehicle in attempt to walk to SR67 to get help. She had some food and water and was dressed in several layers of clothing. After she left on foot, the area received additional snow.

Karen Klein spoke from her hospital bed on Tuesday, explaining how she made it through the grueling 30-hour ordeal. At one point, Klein had to eat twigs and drink her own urine to survive in the dark, snowy forest.

Klein told NBC News she pulled a muscle in her leg and lost a shoe during the hike.

“I could only move it 10 steps at a time,” she said, before she would get “very exhausted and sore.”

Klein, who has taken wilderness survival courses, said she hallucinated at times. She wedged herself under an evergreen tree for shelter at one point.

“I kept myself awake. I just talked to myself and rocked back to stay warm,” she said.

Klein finally made her way to a cabin at an entrance to a park that was closed for the season, where she was later found curled up on a bed by rescuers.

She said the family didn’t realize everything would be closed for the winter.

“As far as places being closed, we just didn’t realize that these roads were closed and these visitor centers were closed,” Klein told NBC News. “We didn’t investigate that deeply.” 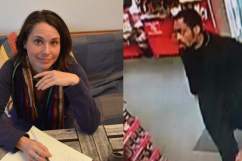 Karen Klein with her husband, Eric Klein, and their son, Isaac. (Facebook)

Karen Klein’s husband, Eric, and their son, Isaac, separated from her. They did not have cell coverage where they were stranded, but Eric Klein was able to hike to higher elevation and call for help, authorities said.

“On Friday afternoon, Ms. Klein had not returned with help. Her husband Eric Klein made additional attempts to get help. He climbed to higher ground and was able to get cellular phone service and call for help. The Kane County Sheriff’s Office responded and rescued Mr. Klein and his son. Both received medical treatment for frostbite,” the Coconino County Sheriff’s Office said in a press release.

Eric Klein told police his wife was still missing, and a search team was launched to find her.

The search was made more difficult because of the weather conditions, officials said. 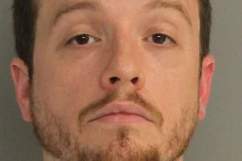 3. She Was Found Dehydrated & Exhausted, but Rescuers Say She Likely Survived Because She Is in ‘Really Good’ Physical Shape

Karen Klein was found dehydrated and exhausted, suffering from cold exposure, but was conscious and alert.

“She was too exhausted to even make a fire,” Coconino County Chief Deputy Jim Driscoll told the Associated Press.

Karen Klein, a marathon runner and triathlete, said she set out to find help because she was in the best physical shape. Authorities said that likely help keep her alive.

“She’s in really good shape. Had she not been, she wouldn’t have made it,” Driscoll said.

She remains in the hospital, recovering from the ordeal. Some of her toes were frostbitten, and she is hoping she does not lose them.

“In the grand scheme of things,” Karen Klein told NBC News. “I keep thinking: ‘You know what? It’s a few toes. Don’t worry about it.'”

4. She Is a Biology Professor at a Community College in Pennsylvania

Karen Klein is a biology professor at Northampton Community College in Bethlehem, Pennsylvania, according to the school’s website.

She earned a bachelor’s degree in biology from Cedar Crest College, before completing a master’s degree in organismal biology at East Stroudsburg University. She is also a former naturalist and wildlife rehabilitator at the Wildlands Conservancy in Emmaus, Pennsylvania.

5. Klein Says Her Instinct as a Mother to Save Her Family Kept Her Going

Karen Klein said her maternal instinct and love for her family kept her going.

In an interview with ABC News, she said:

Your priorities definitely align very quickly. “I kept thinking, this isn’t how my life is supposed to end, no no no. My son needs his mother, my husband needs his wife. I am not letting my mother bury me. I can’t let this happen. Your instincts kick in, that you’re a mom, this is what you do, this is what you have to do for your family. That’s the number one priority. It wasn’t about staying alive for me, but it was about staying alive for everyone else. I think that people should realize that they have more strength within them than they think, whether it’s a mental strength or a physical strength, and to draw upon that and to not give up hope.

Loading more stories
wpDiscuz
4
0
Would love your thoughts, please comment.x
()
x
| Reply
A Pennsylvania mother survived a 30-hour hike over 26 miles to find help for her family after they were stranded in a snowy Arizona forest.