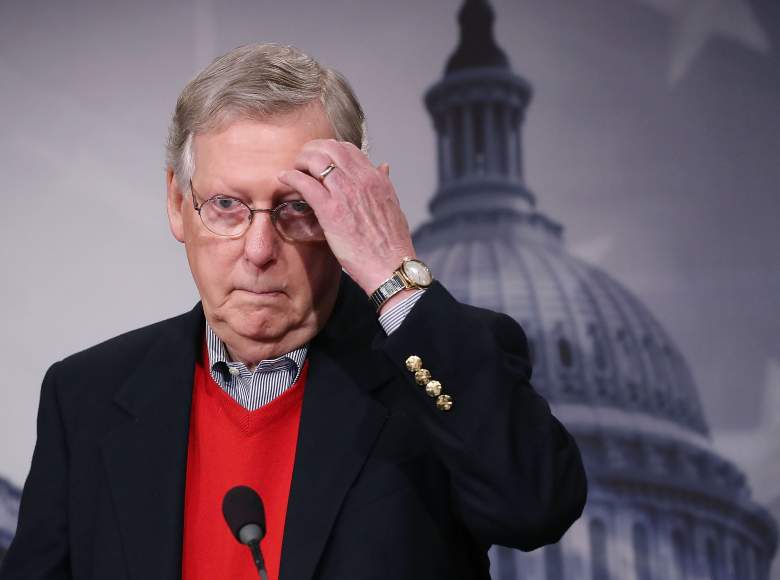 Mitch McConnell at a press conference on December 12. (Getty)

House Speaker Paul Ryan and Senate Majority Leader Mitch McConnell both called for investigations in the possible Russian influence on the 2016 Presidential Election, breaking from president-elect Donald Trump, whose team has quickly dismissed the CIA’s assessment.

Later, House Intelligence Committee Chairman Devin Nunes, a member of the Trump Transition Team, dismissed the idea of launching a new investigation into Russia’s interference with the election.

McConnell: ‘The Russians Are Not Our Friends’

“Let me just speak for myself: The Russians are not our friends,” McConnell said during a press conference on Monday, CNN reports. “I think we ought to approach all of these issues on the assumption the Russians do not wish us well.”

In his statement, Ryan said that the work by the Intelligence Committee and Chairman Devin Nunes to investigate state-sponsored cyberattacks will continue.

“As I’ve said before, any foreign intervention in our elections is entirely unacceptable. And any intervention by Russia is especially problematic because, under President Putin, Russia has been an aggressor that consistently undermines American interests,” Ryan said in his statement. “At the same time, exploiting the work of our intelligence community for partisan purposes does a grave disservice to those professionals and potentially jeopardizes our national security. As we work to protect our democracy from foreign influence, we should not cast doubt on the clear and decisive outcome of this election.”

Despite Ryan’s statement, Nunes sent a statement to Politico, saying that there is no need for a “duplicate” investigation. Nunes is a member of the Trump Transition Team.

“At this time I do not see any benefit in opening further investigations, which would duplicate current committee oversight efforts and Intelligence Community inquiries,” Nunes said in a statement. “We will also closely oversee the production of the report on these attacks requested by President Obama to ensure its analytical integrity.” 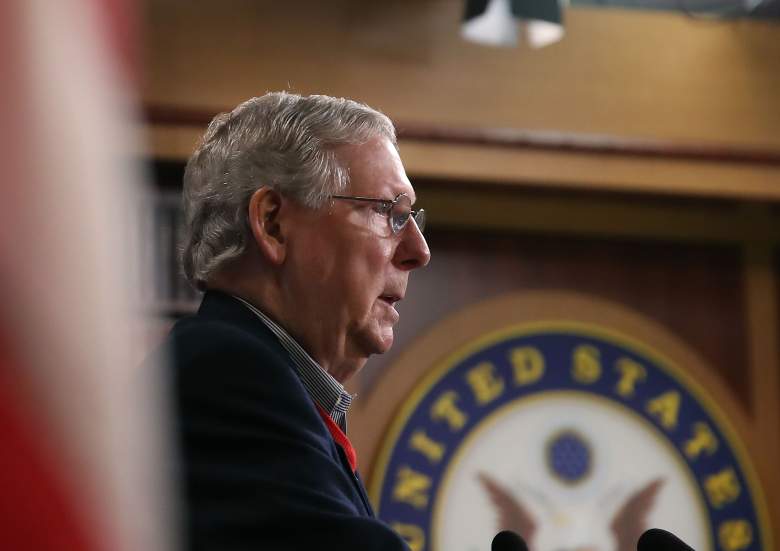 On December 9, The Washington Post reported that the CIA’s secret assessment of the 2016 presidential election concluded that Russia’s motive in interfering with the election was to make Trump the next president. One senior U.S. official briefed on the intelligence presentation made to senators told the Post that this was the “consensus view.”

The Post’s report shows that McConnell initially expressed doubts about the intelligence and would call out the White House for playing partisan politics if it went public with criticisms of Russia’s activity. McConnell, whose wife, Elaine Chao, will be Trump’s nominee for Transportation Secretary, was not among the bipartisan group of Senators who called for an investigation on December 10.

In a statement released on December 10, Senators Chuck Schumer, Jack Reed, John McCain and Lindsey Graham stressed that this can’t be a partisan issue. On Monday, McConnell said that he does agree with this statement.

“Congress’s national security committees have worked diligently to address the complex challenge of cybersecurity, but recent events show that more must be done,” the statement from Schumer, Graham, Reed and McCain reads. “While protecting classified material, we have an obligation to inform the public about recent cyberattacks that have cut to the heart of our free society. Democrats and Republicans must work together, and across the jurisdictional lines of the Congress, to examine these recent incidents thoroughly and devise comprehensive solutions to deter and defend against further cyber-attacks.”

All of these comments diverge from what the president-elect has been saying since the Post’s report was published. Trump does not trust what the CIA found.

“These are the same people that said Saddam Hussein had weapons of mass destruction. “The election ended a long time ago in one of the biggest Electoral College victories in history. It’s now time to move on and ‘Make America Great Again,'” the Trump Transition team’s statement read.

“Can you imagine if the election results were the opposite and WE tried to play the Russia/CIA card. It would be called conspiracy theory,” Trump tweeted on Monday. “Unless you catch ‘hackers’ in the act, it is very hard to determine who was doing the hacking. Why wasn’t this brought up before election?”

During the campaign, hacked emails from the Democratic National Convention and Hillary Clinton campaign chairman John Podesta were leaked. ABC News reported on December 11 that federal authorities have evidence from moths ago that email systems linked to the Republican National Committee were attacked by Russian hackers as well. However, RNC spokesman Sean Spicer told ABC News that the computer was out of date, weren’t being used and hadn’t been connected to an RNC server in years.

Rience Priebus also told ABC News that the RNC was not hacked, despite the New York Times report that the intelligence community determined that Russians did hack the party, but didn’t release its emails.

Loading more stories
wpDiscuz
4
0
Would love your thoughts, please comment.x
()
x
| Reply
Mitch McConnell and Paul Ryan called for investigations into Russian hacking after a report that the CIA determined Russia tried to influence the election.