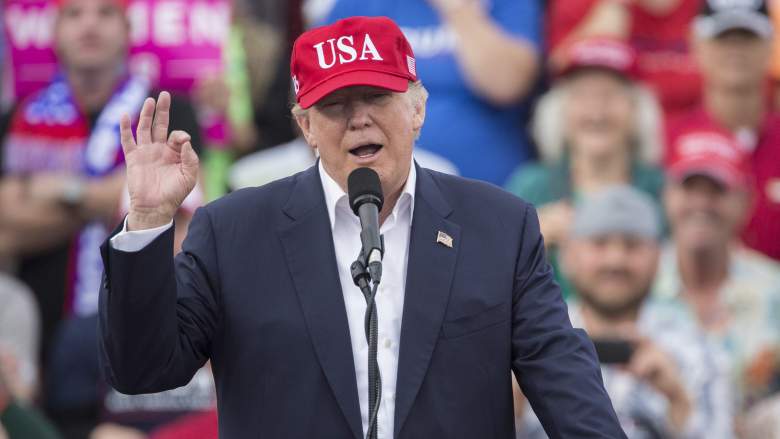 Donald Trump speaks to supporters at a December “thank you” tour. (Getty)

In the letter, which Trump’s transition released on Friday morning, Putin wishes Trump a merry Christmas and a happy New Year. He goes on to talk about the importance of relations between Russia and the United States, saying that he hopes Trump will be able to take steps to ensure bilateral cooperation.

Trump released the following statement regarding the letter, via Fox News: “A very nice letter from Vladimir Putin; his thoughts are so correct. I hope both sides are able to live up to these thoughts, and we do not have to travel an alternate path.”

This comes one day after Trump said on Twitter that the United States must increase its nuclear arsenal “until such time as the world comes to its senses regarding nukes.”

Here is the full letter sent from Vladimir Putin to Donald Trump, via CNN:

Serious global and regional challenges, which our countries have to face in recent years, show that the relations between Russia and the U.S. remain an important factor in ensuring stability and security of the modern world.

I hope that after you assume the position of President of the United States of America we will be able – by acting in a constructive and pragmatic matter – to take real steps to restore the framework of bilateral cooperation in different areas as well as bring our level of collaboration on the international scene to a qualitatively new level.

Please accept my sincere wishes to you and your family of sound health, happiness, wellbeing, success and all the best.