Robert Michael Kelly, the son of Donald Trump’s Chief of Staff, John Kelly, died in combat in Afghanistan while leading a platoon of Marines. It was the decorated Marine’s third combat deployment.

Robert Kelly, who died at the age of 29, was a history buff remembered for his patriotism.

Before being named President Donald Trump’s chief of staff, John Kelly was already a member of the president’s team, as he was named Trump’s secretary of Homeland Security in January 2017. He is a retired Marine Corps general who served as the commander of the United States Southern Command, and he was the commanding general of the Multi-National Force in Iraq from 2008 until 2009. Kelly is also the highest ranking military officer to have lost a child in combat.

Robert Kelly’s death became a point of political controversy on October 17 when Trump urged reporters to ask John Kelly whether President Barack Obama called Kelly when his son died. “You could ask General Kelly, Did he get a call from Obama?” Trump said in a radio interview with Fox News. Trump made the comments after falsely alleging that President Barack Obama did not call the families of soldiers killed in action; Trump later rephrased his claim to allege that Obama did not do so often, according to NBC News. Kelly gave an emotional statement on October 19 in which he said he was brokenhearted and “stunned” by criticism the president received over a call Trump made to a Gold Star family. He also confirmed that Obama did not call his family when his son died, but he said he didn’t see that as a negative necessarily.

Here’s everything you need to know about John Kelly’s son, Robert Michael Kelly.

1. Robert Kelly Was Killed in Afghanistan After Stepping on a Land Mine 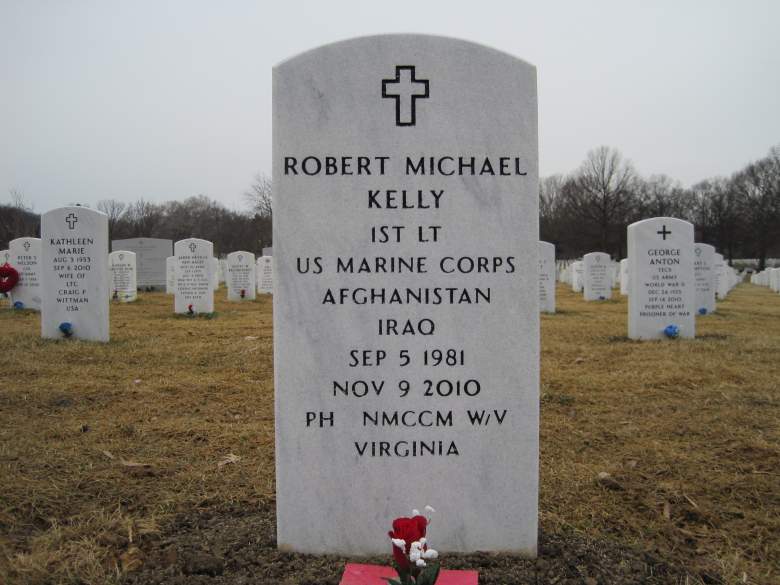 1st Lieutenant Robert Michael Kelly, John Kelly’s son, was killed on November 9, 2010 at the age of 29. While leading a platoon of Marines in Sangin, Afghanistan, Kelly died instantly when he stepped on a land mine.

Sangin was an area where Robert’s platoon was deployed two months prior, and it’s where British forces had been struggling to fight back against the Taliban. According to The Washington Post, Kelly and his platoon in Sangin took part in some of the most intense fighting of the war, killing dozens of Taliban fighters.

“He went quickly and thank God he did not suffer,” John Kelly said of his son’s death, according to the Los Angeles Times. “In combat that is as good as it gets.”

However, as John Kelly received an outpouring of support, he continued to insist that his son’s death was not any more tragic than that of the thousands of other Americans who have died in Afghanistan while serving their country.

There is a scholarship in his name. You can contribute to it here.

2. He Was From Tallahassee & Was a History Buff

Robert Michael Kelly grew up in a military family, with his older brother and father both serving their country. (Arlington National Cemetery).

Robert Michael Kelly lived in Tallahassee, Florida, and he graduated from Florida State University. He enlisted in the Marine Corps just a few days after his graduation. After his death, Kelly’s friends remembered him as someone who always intended to serve his country.

“I think he always knew he was going into the military,” Matthew Rowland, a classmate of Kelly, told The Military Times. “When we were in school, he studied a lot of military history — he was a big reader and a history buff.”

Rowland also said that Kelly was quick-witted, intelligent and patriotic, feeling a sense of duty in part because he grew up in a military family. Indeed, his older brother, John, had joined the military two years before him, and his father was serving in the Marines at the time. According to The Los Angeles Times, “Robert Kelly’s older brother, Marine Capt. John Kelly, served two combat tours in Iraq and is now stationed at Twentynine Palms, where he is helping train troops for Afghanistan.”

According to The Military Times, in addition to his father and brother, Kelly was survived by his mother, Karen Kelly, and a sister, Kathleen Kelly.

3. He Was Married & Was Preparing to Move to California

At the time of his death, Robert Michael Kelly was married, with the wedding ceremony having taken place three years earlier. His wife was Heather Landry, whom he met while attending Florida State University.

Landry was actually the cousin of one of Kelly’s college friends, Matthew Rowland, and Kelly asked his friend if he could introduce them, according to The Military Times.

Kelly’s deployment in 2010 was the first that took place during his marriage. Kelly and Landry were preparing to move to Oceanside, California. Before the mission on which Kelly would be killed, he was able to send one final email to his wife.

“I always think I do not want to call you because I will be homesick, but I end up doing it and leave the phone tent with a smile on my face,” he wrote, according to The Washington Post. “I love you so much and appreciate you being a great sport in all of this craziness….One month down and a lot of months to go, but I am doing what I want to do with my life.”

4. He Was Worried That Americans Were Forgetting About the War 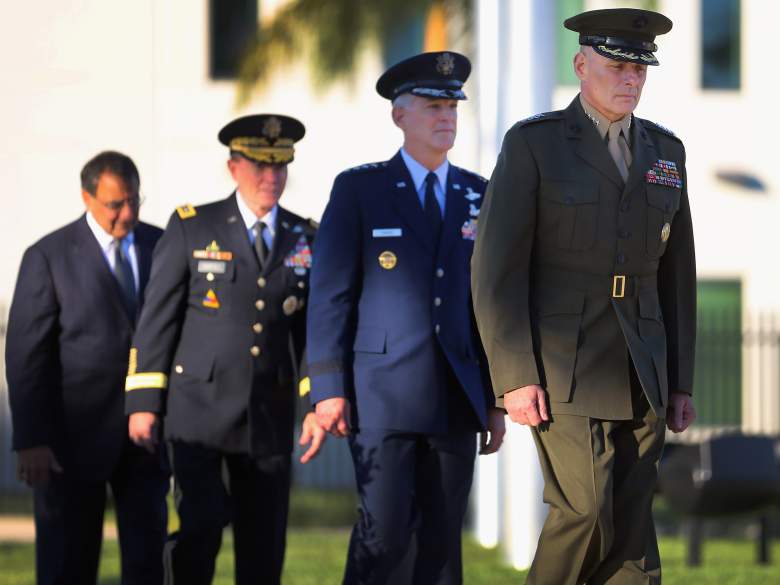 John Kelly during a change of command ceremony at United States Southern Command on November 19, 2012. (Getty)

While he was serving, Robert Kelly became concerned that those back home were letting the war slip into the background, with it no longer getting as much TV coverage or as much discussion among politicians.

According to The Washington Post, two months before his death, Kelly sent an email to his friends in the U.S. reminding them to stay tuned to what was happening in Afghanistan.

“Try to keep your eye on the news,” he wrote. “It will be good to know that people are paying attention to what the 32 Marines with me will be accomplishing.”

After his son’s death, John Kelly gave a memorable Veterans Day speech during which he spoke out against indifference towards the war, being especially critical of the media coverage of it.

“Yes, we are at war, and are winning, but you wouldn’t know it because successes go unreported, and only when something does go sufficiently or is sufficiently controversial, it is highlighted by the media elite that then sets up the ‘know it all’ chattering class to offer their endless criticism,” he said.

5. John Kelly Says His Son Is the Finest Man He Ever Knew

John Kelly has only occasionally talked about the death of his son, but he did so this past Memorial Day in an interview with Fox News.

“He’s the finest man I ever knew,” Kelly said of his son. “Just is. Finest guy. Wonderful guy. Wonderful husband, wonderful sun, wonderful brother. Brave beyond all get-out. His men still correspond with us. They still mourn him as we do.”

John Kelly spoke at his son’s funeral, and according to The Los Angeles Times, “said he preferred not to eulogize just his son. He wanted to honor all those who enlisted after the Sept. 11 attacks ready to fight ‘an enemy that is as savage as any that ever walked the earth.'”

According to The New York Times, the fact that John Kelly lost his son in combat contributed to Donald Trump’s decision to select him as secretary of Homeland Security.

“[I]t may have played a role in his selection,” The New York Times reported back in December. “Mr. Trump, people close to the transition said, wanted people on his national security team who understood personally the hazards of sending Americans into combat.”

According to CNN, although John Kelly hadn’t responded to requests for comment about whether Barack Obama called him when his son died, “Kelly and his wife, Karen Hernest Kelly, attended a 2011 Memorial Day breakfast for Gold Star families, those men and women whose children were killed in action, according to an aide, speaking on background. The aide said the Kellys were seated at then-first lady Michelle Obama’s table.”