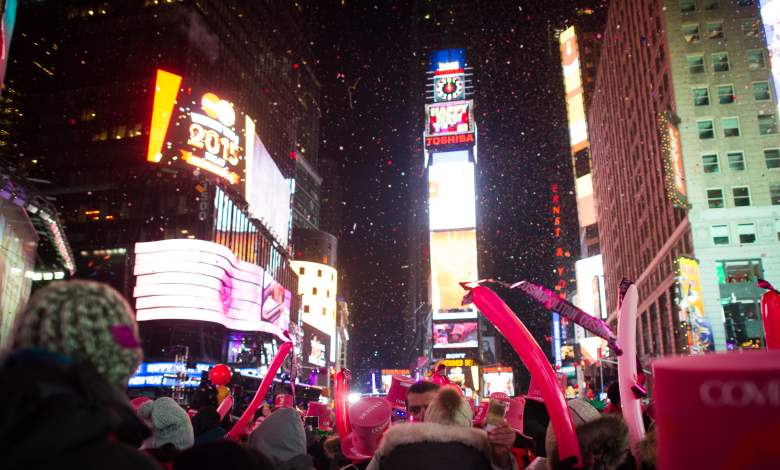 A federal security bulletin released before Christmas said there was “no information to indicate a specific, credible threat to or associated with the Times Square New Year’s Eve 2017 celebration in New York City”, but New York City officials will not be taking any chances when it comes to ringing in the new year, and there will be more security than in previous years.

On December 19, a truck drove into a crowded Christmas market in Berlin, killing 12 people and injuring 48. In light of these terror attacks, the NYPD will be placing 65 sand trucks (weighing 40 tons each) and 100 blocker vehicles in various locations around Times Square, according to CBS News. Chief James Waters, who leads NYPD’s counterterrorism bureau, tells CBS, “It creates a hardened perimeter so it won’t allow a vehicle to get in there and replicate the Nice attack.”

The NYPD will also be placing 7,000 police officers in Times Square and other New Year’s Eve events in the city– some of these officers will be heavily armed Critical Response Command officers who graduated from the police academy on Wednesday.

Helicopters and boats will also be used in the Hudson and East Rivers as an added security precaution.

Those wanting to watch the ball drop in Times Square will not be allowed to bring large containers, large bags, umbrellas, coolers, or backpacks into Times Square, and according to ABC 7, viewers will be screened twice before entering.

The NYPD chief of department, Carlos Gomez, says that officials studied the attacks in Berlin and Nice as they planned this year’s security.

Chief Waters tells CBS, “I want the good people to know and have a level of confidence in the police, that we’re able to protect them. And I want the bad people to know, beware: New York City is not the place to try to do this.”

Loading more stories
wpDiscuz
0
0
Would love your thoughts, please comment.x
()
x
| Reply
What security measures will the NYPD be taking in Times Square on New Year's Eve? Get the details on terrorist threats and security here.