Valerie Fairman, who appeared on Season 2 of the MTV series 16 and Pregnant, has died at age 23, reports TMZ. The reality star's family tells TMZ that the cause of death appears to be an overdose, and that toxicology tests being conducted will be used to determine the exact cause of death. Valerie gave birth to her daughter, Nevaeh, as a high schooler living in Pennsylvania. On the series, Fairman's baby daddy, Matt, took time to come to terms with the fact that Nevaeh was his daughter, and a DNA test was needed to ultimately prove that he was, in fact, Nevaeh's biological dad. According to an article released by E!, Valerie spent the year after her appearance on the reality show living with her adoptive parents and many adopted siblings. Matt also decided to move back to Pennsylvania to support his daughter and Fairman. In February of last year, TMZ revealed that Valerie had been arrested for prostitution. In response to her passing, fans and friends have taken to Twitter to express their condolences. Read on for more details about Fairman's past arrests, and to check out photos of her with her daughter. (Twitter/<a href="https://twitter.com/uuknoiit/media&quot; 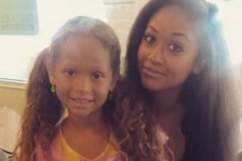 Valerie Fairman Cause of Death: How Did the ‘16 and Pregnant’ Star Die?

Read More
Celebrities, MTV, R.I.P.
Valerie Fairman, from MTV's 16 and Pregnant, has died at age 23. Click through for photos of Valerie and her daughter, Nevaeh.