The first day of the Wisconsin recount is over, and, perhaps ironically (or not, depending on your perspective), it was Green Party candidate Jill Stein who gained the most votes in the updated returns.

(UPDATE: You can now see recount results for day 3 and 4 here. They show that Trump’s lead has grown slightly, now extending to a few dozen more votes.)

On December 2, according to the Wisconsin State Journal, a group of Donald Trump supporters asked a federal judge to stop the recount, saying it violates equal protection clauses because the state doesn’t have uniform standards for recounts and could miss the December 13 federal deadline for completing election results because of it. The judge ruled the recount will continue until at least a December 9 hearing.

Stein’s vote tally increased by 17 votes (she went from 7 votes to 24 in the only reporting county), according to the Wisconsin Election Commission’s day 1 spreadsheet. (The Commission is updating results each day. The day 2 results spreadsheet can be found here. 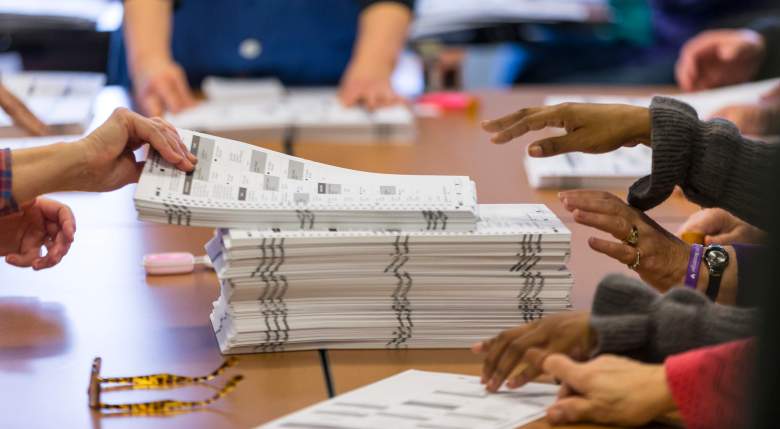 That’s not going to go very far toward flipping the state. Wisconsin has 71 more counties to go (including populous ones, like Milwaukee), and Trump leads by more than 22,000 votes. The recount is historic; it’s the first presidential recount requested by a candidate since 2000, says WTMJ-TV. Stein is also trying to force recounts in Pennsylvania and Michigan; in Michigan, Trump has the ability to object to a recount, and he did so on December 1, calling it a “farce.” 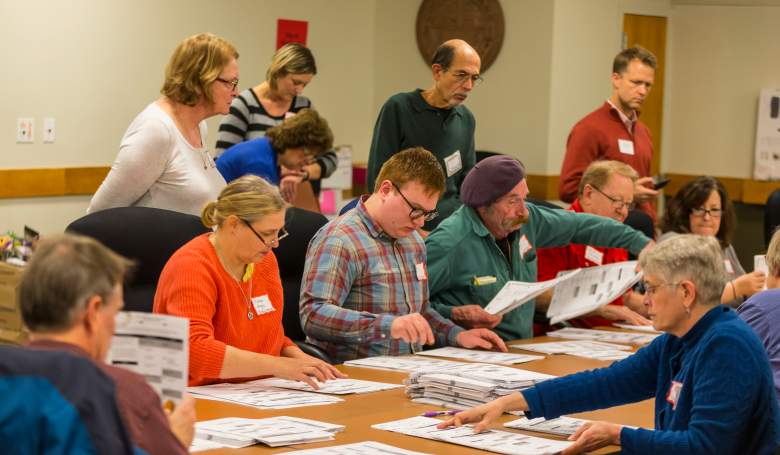 To be clear, the day 1 vote totals from Wisconsin don’t mean anything when it comes to predicting the recount’s outcome because of the recount’s snail’s pace; only one tiny Wisconsin county – Menominee – had completed its returns by the end of the day on December 1, the first day of the first 2016 presidential recount in the country. That was a county that went for Clinton. However, a smattering of other villages and towns had also completed their results, and no one was reporting much had changed. Examples:

Here's the final results for the town of Middleton. Total # of ballots cast matched exactly, additions are from ballots marked "creatively" pic.twitter.com/SO6yFBQt6U

It’s perhaps just ironic that it was Stein who pulled in the most new votes, gaining a grand total of 17 votes from Menominee County, which is the home of the Menominee Nation Indian reservation. Stein shelled out $3.5 million in donor money for the Wisconsin recount. However, it didn’t cost her very much in Menominee County. The Menominee only charged $200 for their hand recount, according to the Election Commission. In contrast, Milwaukee County is costing Stein more than half a million dollars all by itself.

This is what the Wisconsin Election Commission wrote about the day 1 returns:

“Menominee County has concluded its Recount for President, and its numbers are included in the spreadsheet. The minutes of each county board of canvassers will include an explanation of any change of 10 or more votes in a reporting unit. This is the explanation provided by the Menominee County Clerk for the differences in numbers between the canvass and the recount:

The Excel spreadsheet itself compares the original vote totals to the recount totals. Here is what the spreadsheet said Menominee County reported. The rest of the spreadsheet was blank at the end of day 1 because, even though some other municipalities are done, no other counties as a whole are. 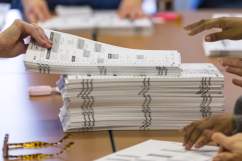