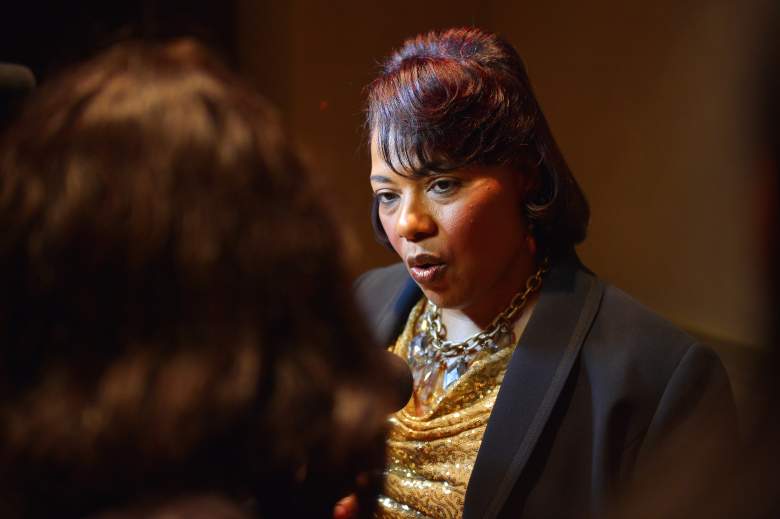 Bernice King gives interviews during the reception honoring the 50th anniversary of the “Selma to Montgomery” March at Rosa Parks Library Museum on March 6, 2015 in Montgomery, Alabama. (Getty)

Read on to learn more about King’s youngest daughter.

1. She Was Only 5 When Her Father Was Assassinated 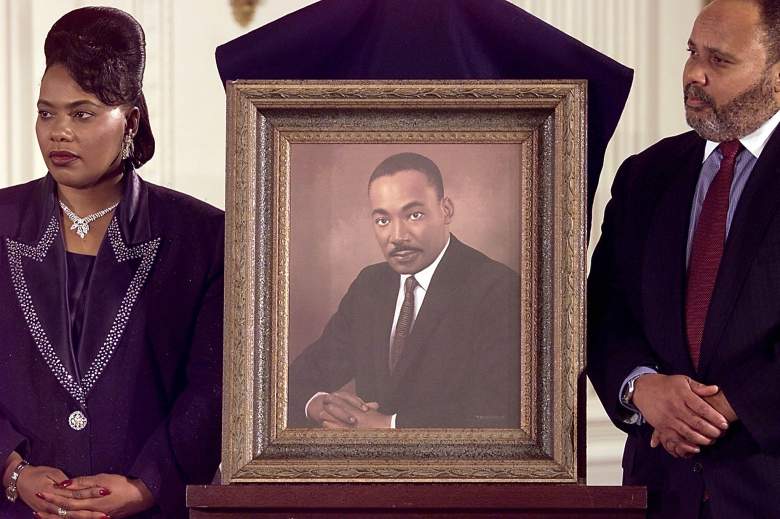 Bernice King (L) and Martin Luther King III (R) stand next to a portrait of their father Martin Luther King Jr. after presenting the portrait to US President George W. Bush during a Proclamation signing ceremony celebrating the Martin Luthing King Jr. Dy in the East Room of the White House 21 January, 2002 in Washington, DC. (Getty)

A few weeks after Bernice King’s birth, her father was locked up in Birmingham jail. When she was five months old, he gave his famous “I Have a Dream” speech to more than 200,000 people during the March on Washington. Bernice was just 5 when her father was assassinated, and admits to not having many memories of Rev. Marin Luther King Jr., as he was often on the road.

King tells the New York Times that one of the best memories she has of her father is a kissing game– each of King’s children had a special spot on Rev. Martin Luther King’s face to kiss, and Bernice’s was his forehead. Speaking of her father’s death, Bernice says, “It was only in that last year that I really started understanding that he was my father, and then he was taken away…”

“It’s emotional to know that you’re connected to a man who had such a great impact on this world. It’s a humbling experience to know that he’s my dad,” she says, speaking with Fox in 2013.

2. She Decided to Become a Minister at Age 24 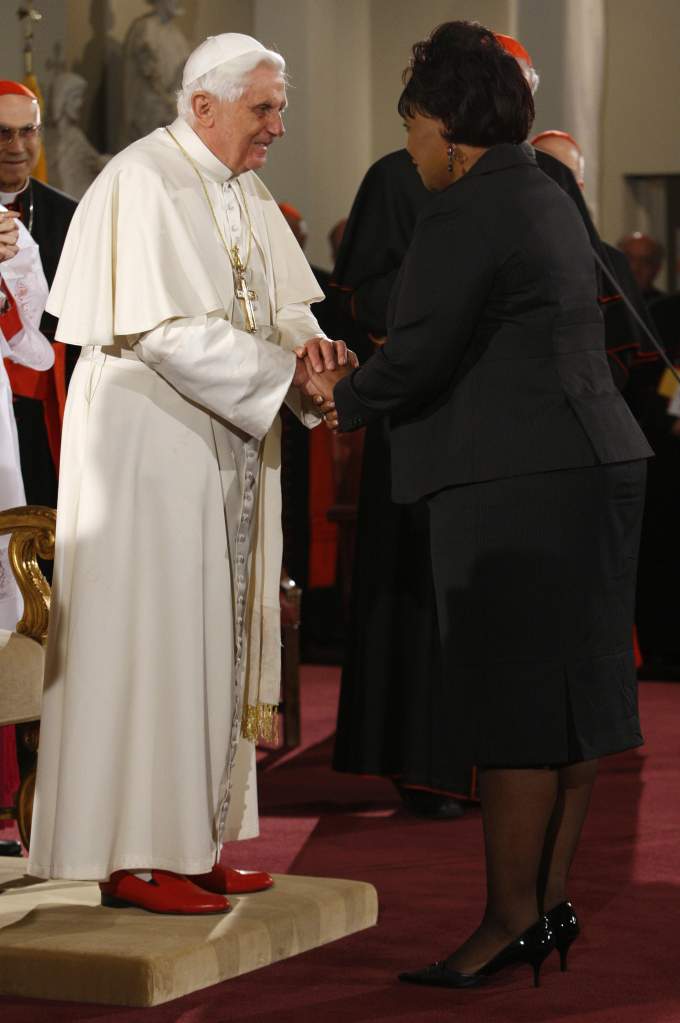 Pope Benedict XVI meets Martin Luther King Jr.’s daughter Bernice King (R) at an Ecumenical Prayer Service at the Church of Saint Joseph in New York, April 18, 2008. The Pope addressed 250 Protestant and Orthodox leaders and 50 Catholics involved in ecumenical efforts. The parish was founded in 1873 to serve German immigrants in the area. (Getty)

In 1985, King graduated from Spelman College with a BA in psychology. She went on to receive her JD and Master of Divinity from Emory University in 1990, and delivered her first speech at her father and grandfather’s same church, Ebenezer Baptist Church, on March 27, 1988.

Bernice King was ordained as a minister in 1990, and spent the next three years serving as an assistant minister. Her path to become an ordained minister wasn’t without its setbacks, though. She admits considering every other career than the ministry, and at one point, she even wanted to become the nation’s first African-American female President.

At age 16, Bernice traveled with her church youth group to the mountains of Georgia, where they watched a civil rights documentary called ‘Montgomery to Memphis.’ Bernice says that when she saw the funeral, she “broke out in tears and left the cabin and went out into the woods, crying and asking God, ‘Why? Why? Why?’. It was shortly after that time I decided I was through with the church and God.”

It was only a matter of time before King returned to the church. When she was 17, she gave a speech at the United Nations on apartheid, which made her aware of her abilities as a gifted public speaker. Two years later, she was ordained. 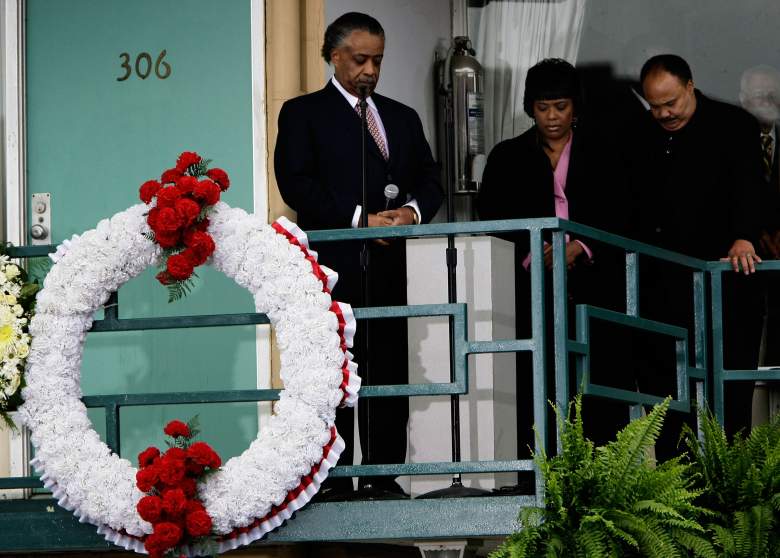 Martin Luther King III (R) and his sister Bernice (C) observe a moment of silence with the Rev. Al Sharpton (L) at 6:01pm, the moment when Martin Luther King Jr. was shot on the balcony of the Lorraine Hotel April 4, 2008 in Memphis, Tennessee. King was killed by James Earl Ray 40 years ago today. (Getty)

In 2009, King was elected as president of the Southern Christian Leadership Conference, a position that had previously been held by her father and elder brother, Martin Luther King III.

Fifteen months after her election, Bernice declined the presidency, saying that she felt she was just a figurehead, and that her suggestions were not taken seriously. A 2011 CNN article reports her as having told CNN political contributor Roland Martin, “I was elected to lead the organization. I was frankly not interested in merely being a figurehead of the organization… I envisioned SCLC emerging as the vanguard for next-generation nonviolent activism in the tradition of my father. Amidst the turmoil, chaos and confusion surrounding SCLC over the last 15 months, my team and I dedicated an exhaustive amount of time, energy and resources to assess the organization and prepare for my transition.”

In response to her declination, the national board of directors said in a statement, “We wish the best for Elder Bernice King, and pray for her great success as she moves forward.” They added on that King was going to direct her attention to “furthering her mother’s legacy and embark upon other ministry initiatives.”

In 2012, The King Center announced they had appointed Bernice as CEO. According to their website, the King Center was established by Coretta Scott King in 1968, and is “dedicated to educating the world on the life, legacy and teachings of Dr. Martin Luther King, Jr., inspiring new generations to carry forward his unfinished work, strengthen causes and empower change-makers who are continuing his efforts today.”

4. She Believes Her Father Would Not Be Shocked at the State of Race in America Today 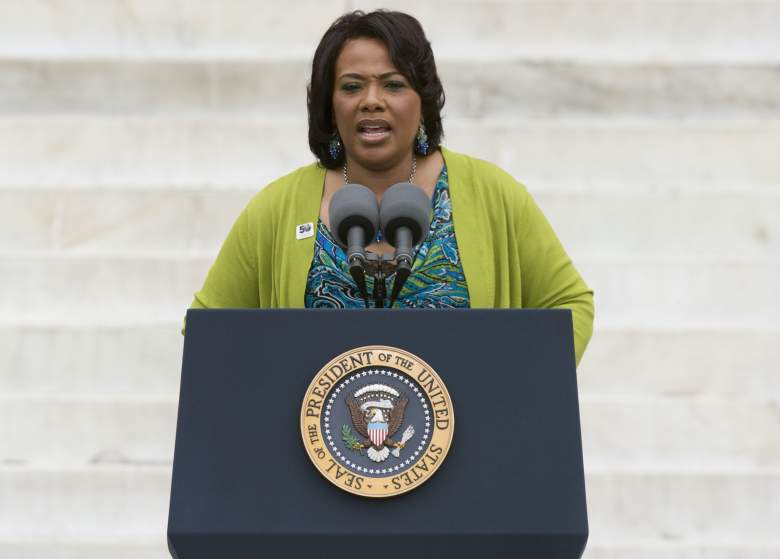 Rev. Dr. Bernice King, daughter of the late Dr. Martin Luther King Jr.’s, speaks during the Let Freedom Ring Commemoration and Call to Action to commemorate the 50th anniversary of the March on Washington for Jobs and Freedom at the Lincoln Memorial in Washington, DC on August 28, 2013. Thousands will gather on the mall on the anniversary of the march and Dr. Martin Luther King, Jr.’s famous “I Have a Dream” speech. (Getty)

Speaking recently with the Huffington Post, Bernice says that she doesn’t think he father would be “shocked or surprised” with the state of race in the US today. “He would be disappointed that America as a whole did not take heed to some of the things that he encouraged us to do as a nation, which was to wipe out the last vestiges of racism…”

King later added on, “The greatest thing he taught us outside of the unconditional love and the organizing is that we are part of a global world and that we have to find a way to coexist and live like brothers and sisters. And that takes a lot of humility, it takes a lot of courage, a lot of understanding, and obviously a lot of love and forgiveness,” she said. “These are the things I try to keep close to my heart on a daily basis and because this is the way I was raised. All of us have to be committed to a life beyond our own aspirations.”

Happy Martin Luther King, Jr. Day: "The time is always right to do what is right." https://t.co/7i5AfZdBQ3 #MLKDAY pic.twitter.com/sRZNIVyscC

Bernice King has received a number of awards for her activism. In 2007, she was honored by the Georgia Alliance of African American Attorneys with the “Commitment to Community” award for her work as an attorney and community leader. Two years later, she was honored for her lifetime commitment to the service of women and other causes at the National Coalition of 100 Black Women Convention.

5. She and Her Brothers Have Been Involved in a Series of Legal Issues 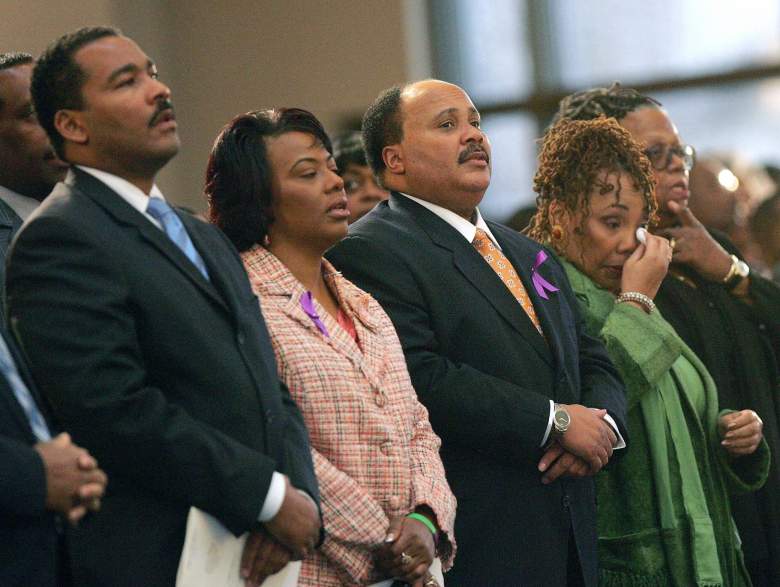 For years, King’s four children have fought over their father’s legacy. After PBS released Eyes on the Prize, they demanded compensation from the filmmakers. In 2008, Bernice and Martin Luther King III opposed giving photographs of their mother to a biographer, Ms. Reynolds, and their brother asked a judge if they could be forced to do so. According to the New York Times, that marked the third King vs. King legal dispute in four months.

When Martin Luther King III and Dexter Scott King wanted to sell MLK’s Nobel Peace Prize and Bible, they filed a lawsuit against their sister. Speaking at a press conference from Ebenezer Baptist Church, King said, “I will always love my brothers, but we are of different minds and most importantly, different relationships with God. I know my position is right. It’s about standing on principle.”

In August 2016, NPR reported that the legal battle over MLK’s Nobel Peace Prize and travel Bible had ended. The items were released by a Georgia judge to Martin Luther King III, Dexter, and Bernice, who all serve as the sole directors of their father’s estate. 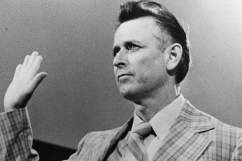 Loading more stories
wpDiscuz
1
0
Would love your thoughts, please comment.x
()
x
| Reply
Reverend Bernice King is the youngest daughter of Martin Luther King Jr. and an ordained minister. She was just five when her father was assassinated.