An 18-year-old woman who posted a Facebook Live video showing a man with special needs being tied up, tortured and beaten in a Chicago home is in police custody with three friends, authorities say.

Brittany Herring streamed the video live on Facebook on Tuesday while she and three men taunted and attacked the victim, a resident of a Chicago suburb, police said.

Charges were announced Thursday against Herring, 18, who also goes by the name Brittany Covington, along with Jordan Hill, 18; Tesfaye Cooper, 18; and Tanishia Covington, 24.

They were all charged with a hate crime, along with aggravated kidnapping and several other felonies.

Hill is from Carpentersville, Illinois, while Cooper and the Covingtons, who are sisters, are from Chicago.

The video shows the captors, who are black, making derogatory statements about Donald Trump and white people. But Chicago Police said Thursday morning they do not believe the victim, who is white, was targeted because of his race.

While the four suspects are charged with a hate crime, Chicago Police said Thursday they do not believe the victim was targeted because of his race, but that race did play a role in the attack.

Police spokesman Anthony Guglielmi told the Associated Press the attackers made some “terrible racist statements,’ but said investigators believe the victim was targeted because he “has special needs,” not because he’s white.

At a press conference later Thursday, police said the hate crime charge stems from both the racial comments made in the video and the diminished mental capacity of the victim.

The victim, also 18, had last been seen by his parents on December 31, and they told police they received texts from his captors while he was with them, WLS-TV reports. His parents live in Streamwood, Illinois, a suburb in Cook County, and police there are also investigating the case.

He was hospitalized after the assault, but was in stable condition on Wednesday, police said.

The four suspects remain in custody and are expected to appear in court Friday.

You can watch the full Facebook Live video above (warning, the video contains graphic content and vulgar language).

Police told WFLD-TV they became aware of the video Wednesday afternoon and the incident occurred Tuesday. The group appearing to hold the man hostage are black, while the victim is white, but police say they have not yet determined if the case will be investigated as a hate crime.

In the video, one of the attackers can be heard yelling, “f*ck Donald Trump n*gger, f*ck white people, boy.”

Police told WBBM-TV the victim has special needs and was a high-risk missing person from a Chicago suburb.

The man, who is seen being kicked and punched and cut on his scalp, was hospitalized to be treated for his injuries, police said. He was recovering on Wednesday. The names of those in custody have not been released.

The 30-minute video was originally posted on Facebook Live by Brittany Herring, but has been deleted. It has since been re-uploaded on Youtube and elsewhere.

The video begins with the group of apparent captors yelling at the tied up man. They cut the sleeves of his sweatshirt as one says they’re going to make him “butt ass naked.”

The woman filming the video then appears to realize she’s on Facebook Live, but continues recording as she smokes. The video also includes numerous references to drinking and getting drunk.

The group makes several references to Donald Trump at the beginning of the video, yelling his name and cursing him.

Another video was also posted on Facebook with the caption #Trump Got Us #F*ckedup On My #DeadHomie.”

The second video, which you can watch below, shows the group taunting the victim and forcing him to drink from a toilet:

Several other videos were from the incident were posted on social media. In one, the victim is forced at knifepoint to say “f*ck Donald Trump.”

2. Police Said They Were Investigating Whether the Remarks About Trump & White People Are ‘Stupidity’ or a Hate Crime

While police spokesman Anthony Gulgielmi told the Associated Press they do not believe the incident was racially motivated, investigators are still working to determine if hate crime charges will be filed.

Police have said a motive for the attack has not been determined. Guglielmi said it is possible the suspects were trying to extort something from the family of the victim.

The Illinois hate crime law, a class 4 felony punishable by up to 2.5 years in prison, can be read below:

Police Superintendent Eddie Johnson said they are still investigating and if the facts lead them in that direction, they will file hate crime charges.

“Kids make stupid mistakes, I shouldn’t call them kids, they are legally adults, but they are young adults and the make stupid decisions,” Duffin said of the vulgar remarks about Trump and white people. “That certainly will be part of whether or not we seek a hate crime, determine whether or not this is sincere or stupid ranting and raving.”

Johnson said the incident doesn’t appear to be politically motivated.

“I think part of it is just stupidity,” Johnson said. “People ranting about something they think might make a headline. At this point we don’t have anything concrete to point (toward a hate crime) but we’ll keep investigating and let the facts guide us on how this concludes.”

“It’s sickening,” Police Superintendent Eddie Johnson said of the video. “It makes you wonder what would make individuals treat somebody like that. I’ve been a cop for 28 years and I’ve seen things you shouldn’t see in a lifetime, but it still amazes me how you still things you just shouldn’t. I’m not going to say it shocked me, but it was sickening.”

Johnson said he can’t connect what happened in the video to Trump talking and tweeting about violence in Chicago.

“If you looked at the video, it was just stupidity,” Johnson said.

Johnson said he didn’t know of any other incidents involving assaults targeting Trump supporters in the city.

In mid-November, four people were arrested after a man was attacked and robbed in Chicago while bystanders yelled “don’t vote for Trump,” DNAInfo reported. That attack was also caught on video:

The 50-year-old victim later said he voted for Trump, but did not have a bumper stick on his car or anything else to identify him as a Trump voter, according to DNAInfo. 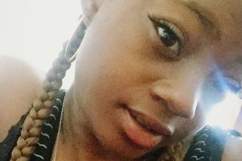 Brittany Herring ‘Torture’ Video: Why is Black Lives Matter in the Hashtag? 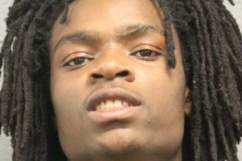 3. The Victim Escaped When Herring’s Downstairs Neighbor Called Police to Report the Noise Coming From the Assault, Police Say

Police said the victim met his friend from high school, Jordan Hill, at a suburban McDonald’s on December 31, and they ended up in a stolen van, which was driven to the West Side of Chicago, where the attack took place in a home in the 3400 block of Lexington Avenue.

According to police, Hill stole the van without the victim knowing. They went to visit Hill’s friends in Chicago, and ended up at an apartment where the Covingtons live, police said.

While there, the victim told police he got into a “play fight” and it escalated, eventually leading to the slurs and racial attacks.

The victim was able to escape when the Covingtons’ downstairs neighbor called police to report the noise in their apartment. He was found wandering in the street by patrol Officer Michael Donnelly.

Police believe the victim was tied up for about four or five hours.

The Covingtons are also facing burglary charges because they kicked in the door of their neighbor while angry that person had called police, authorities said.

While on patrol Officers observed a disoriented male walking 3400 W. Lexington on January 3, 2017 who was then transported to an area hospital for treatment. At 5:26 p.m. officers then responded to a battery at a residence on the 3300 block of W. Lexington where they discovered signs of a struggle and damage to the property and (were) able to link this evidence to the disoriented male. Officers later became aware of a social media video depicting a batter of an adult male which is believed to be the same individual. At this point CPD believes the video is credible and detectives are questioning persons of interest in the case. The victim, whom CPD believes is from a neighboring suburb, was transported to an area hospital in stable condition. The investigation is ongoing.

Captain Steven Sesso, the commanding officer of the 11th District, said “alert 11th District officers encountered” the victim and it “didn’t feel right, the situation. They saw clearly this individual was in distress, that he was in crisis. And they cared enough to do something about it.”

Detective Commander Duffin said the victim is “traumatized by the incident” and it is hard for detectives to communicate with him.

He was with the group for at least 24 hours and possibly as many as 48 hours, police said. 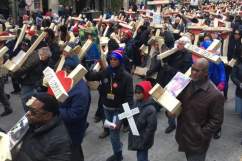 4. Herring & Her Friends Are Facing Aggravated Kidnapping Charges & Up to 30 Years in Prison

The Cook County State’s Attorney’s Office said they are charged with aggravated kidnapping, aggravated unlawful restraint, aggravated battery with a deadly weapon and residential burglary. They are all also charged with hate crime, a charge police hesitated on committing to Wednesday night.

Police spokesman Anthony Guglielmi told the Chicago Tribune Thursday morning that they were working with prosecutors to “to build the strongest case.”

Police said at a press conference Wednesday night that the victim and suspects were still being interviewed by detectives and the Cook County District Attorney’s office.

“I’ve said time and time again that if you commit an act of violence in the city of Chicago, you will feel the full weight of the Chicago Police Department,” Superintendent Eddie Johnson said at the press conference. “And tonight, four individuals have experienced the consequences of their actions.”

Police said they were reviewing the videos of the incident, which spread quickly on social media.

“We do not allow people to celebrate or glorify crimes on Facebook and have removed the original video for this reason,” the company said in a statement to The Guardian. “In many instances, though, when people share this type of content, they are doing so to condemn violence or raise awareness about it. In that case, the video would be allowed.” 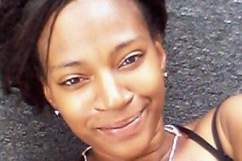 5. Herring, Who Also Goes by the Name Brittany Covington, Was Arrested in October on a Larceny Charge

Brittany Herring, who also uses the name Brittany Covington, was arrested in October 2016, according to Chicago Police records.

She was arrested on October 4 and charged with retail theft of merchandise worth less than $300. The West Estes Avenue resident was released from custody on October 5 on $1,500 bail.

Herring posted on her Facebook page in December about having to go to court. The case appears to still be pending.

Her Facebook page was overrun with angry comments about the video on Wednesday.

A mugshot being spread on social media of a crying woman is not her, it is from an arrest in Texas.

Read more about Brittany Herring and the video in Spanish at AhoraMismo.com:

Loading more stories
wpDiscuz
291
0
Would love your thoughts, please comment.x
()
x
| Reply
Brittany Herring posted a video on Facebook Live showing a man with special needs being tortured and beaten in Chicago. She and three others are in police custody.