Cleveland Police released video of a woman being abducted from a store in hopes of identifying both the victim and suspect caught on surveillance camera.

You can watch the video above or by clicking here.

The woman was later found safe and “in good health,” after she contacted police, Cleveland.com reports.

She has not been identified. The woman told police the suspect is the father of her children. He has not been arrested and has also not been publicly named. The police department’s Domestic Violence Unit is now investigating.

Investigators later obtained video from the store, which shows the woman arriving at the store in the suspect’s vehicle, police said.

“A short time later, the suspect enters the store, grabs her and carries her out, the male is then seen carrying the female to a vehicle and throwing her into the passenger side front seat. The vehicle then leaves the lot,” according to police.

The victim was described by police as a black female about 40, with black hair, about 5 foot 2 inches tall, weighing about 90 pounds. She is seen wearing a black jacket and black furry boots.

Police described the suspect as a black male about 6 foot 2 inches tall, about 30, with a beard. He was wearing a red hooded sweatshirt and a red knit hat. He was driving a gold Chevrolet Trailblazer, police said.

“Anyone with information relative to the identity of the suspect or victim is asked to contact investigators at 216-621-1234 or call 911,” police said. 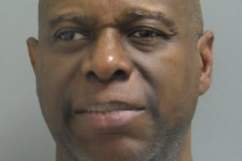