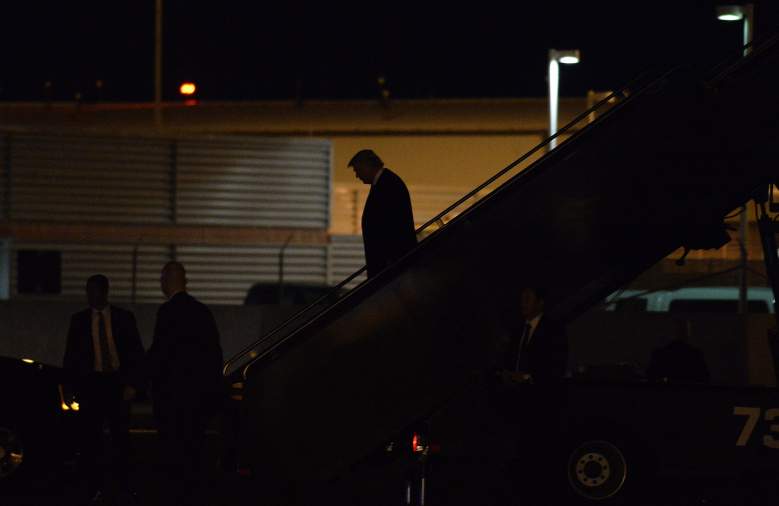 Donald Trump will be sworn in as the 45th president of the United States on Friday morning. There’s much more to the inauguration than just that, though, and there are dozens and dozens of events planned for the next few days. There are so many, in fact, that it can become hard to keep track of which are the “official” events that President-elect Trump will actually be going to.

For instance, there is an inaugural concert taking place at the Lincoln Memorial on Thursday morning, but Donald Trump won’t actually be there for that; it’s the second concert, which is being held in the afternoon, that you’ll want to pay attention to, as this is when Trump will deliver remarks. Also, on Friday night, there are dozens of inaugural balls being held, but only three will feature an appearance by Donald Trump.

What follows are all of the official inaugural events occurring on Thursday, Friday, and Saturday that Donald Trump himself will be going to. For a more detailed look at each day of the inauguration, check out our breakdown of both the official and the unofficial events.

12:30 – Donald Trump will attend a leadership luncheon at the Trump International Hotel.

3:30 p.m. – Donald Trump and Mike Pence lay a wreath at Arlington National Cemetery. The wreath will be placed at the Tomb of the Unknowns, a monument that is dedicated to service members who have died without their remains being identified. This is the first official inauguration event on Donald Trump’s schedule.

4:00 p.m. – Immediately following the wreath laying ceremony, a concert will take place at the Lincoln Memorial called the “Make America Great Again! Welcome Celebration.” Trump will be in attendance for this event, and he will be delivering remarks, although it’s not clear when exactly he will begin speaking. The concert is expected to last two hours, and it will conclude with a fireworks show. The celebration’s lineup consists of Toby Keith, Jon Voight, The Piano Guys, Lee Greenwood, RaviDrums, 3 Doors Down, and The Frontmen of Country.

7:00 p.m. – After the wreath laying ceremony, Donald Trump and Mike Pence will attend a private candlelit dinner at Union Station, where they will mostly be thanking donors.

8:30 a.m. – Before the swearing-in, the Trump family will have a private breakfast followed by a private prayer service at St. John’s Episcopal Church. Donald Trump, Melania Trump, Barack Obama and Michelle Obama will then meet at the White House, and they will all travel together to Capitol Hill for the swearing in.

1:00 p.m. – Donald Trump will then attend an inaugural luncheon in Statuary Hall at the U.S. Capitol. The luncheon is hosted by the Joint Congressional Committee on Inaugural Ceremonies, and it will consist of three courses: Maine lobster and Gulf shrimp, Seven Hills Angus beef, and chocolate soufflé and cherry vanilla ice cream.

3:00 pm. – After the luncheon, the inaugural parade will take place. Donald Trump and Mike Pence will make their way from the Capitol to the White House, accompanied by about 8,000 parade participants. Some of these participants will include the Girl Scouts of America, the Boy Scouts of America and the Talladega College Band. The inaugural parade usually lasts two hours, but this year, it will be 90 minutes long.

7:00 p.m. – On Friday night, Donald Trump and Mike Pence will attend three inaugural balls. The first two are the Liberty Ball and the Freedom Ball, which are being held at the Walter E. Washington Convention Center; they take place at the same time on two different floors of the building. Trump and Pence will also be attending the Salute to Our Armed Services Ball, which takes place at the National Building Museum. All of the galas will be available to stream live. There are some other inaugural galas occurring on Friday night, but Donald Trump will not be going to those.

10:00 a.m. – On Saturday morning, Donald Trump and Mike Pence will attend an interfaith prayer service at the Washington National Cathedral. There will be prayers, readings, and some musical performances. This marks the end of the official inauguration events. As Trump and Pence hold their prayer service, the Women’s March on Washington, a massive protest expected to attract around 200,000 people, will begin. 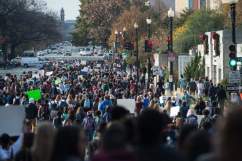 Women’s March on Washington: 5 Fast Facts You Need to Know

Read More
Breaking News, Donald Trump, Politics
wpDiscuz
2
0
Would love your thoughts, please comment.x
()
x
| Reply
The inauguration of Donald Trump officially kicks off on Thursday, January 19th. Here's everything Trump will be doing over the next three days.