Alleged Fort Lauderdale airport shooter Esteban Santiago was accused by a girlfriend of trying to strangle her, but the case resulted in a deferred prosecution agreement, leaving him free, according to court documents obtained by Heavy.

The court documents, which were sent to Heavy by the Alaska municipal prosecutor, alleged that a woman had reported that her boyfriend, Santiago, “was yelling at her while she was in the bathroom on the toilet. Santiago then forced his way into the bathroom breaking the door, and door frame in the process.”

You can read the court documents above. Heavy has redacted the name of the accuser because she is an alleged victim of domestic violence.

Santiago, 26, of New Jersey, is a former Army National Guard soldier who saw combat in Iraq. He is accused of gunning down 11 people, five of whom died, in a baggage claim area at the Fort Lauderdale airport on January 6. CBS News and CNN said that, while in Alaska, Santiago allegedly walked into an FBI office and claimed he had heard voices and was being forced to fight for ISIS. He then sought mental health treatment, the networks said. It wasn’t clear exactly when that incident allegedly happened. The accused shooter allegedly had the gun in his luggage and came out of a bathroom shooting, targeting people and shooting them in the head. Terrorism is under investigation as a possible motive, the FBI said.

According to the court documents, the woman said that Santiago continued to yell at (word removed): “get the f-ck out b-tch, while strangling her and smacking her in the side of the head.”

The complaining officer said no physical injuries were seen. “Officers attempted to locate and contact Santiago, in multiple locations. Photographs were taken of (the accuser) and the bathroom door,” the court documents reported. 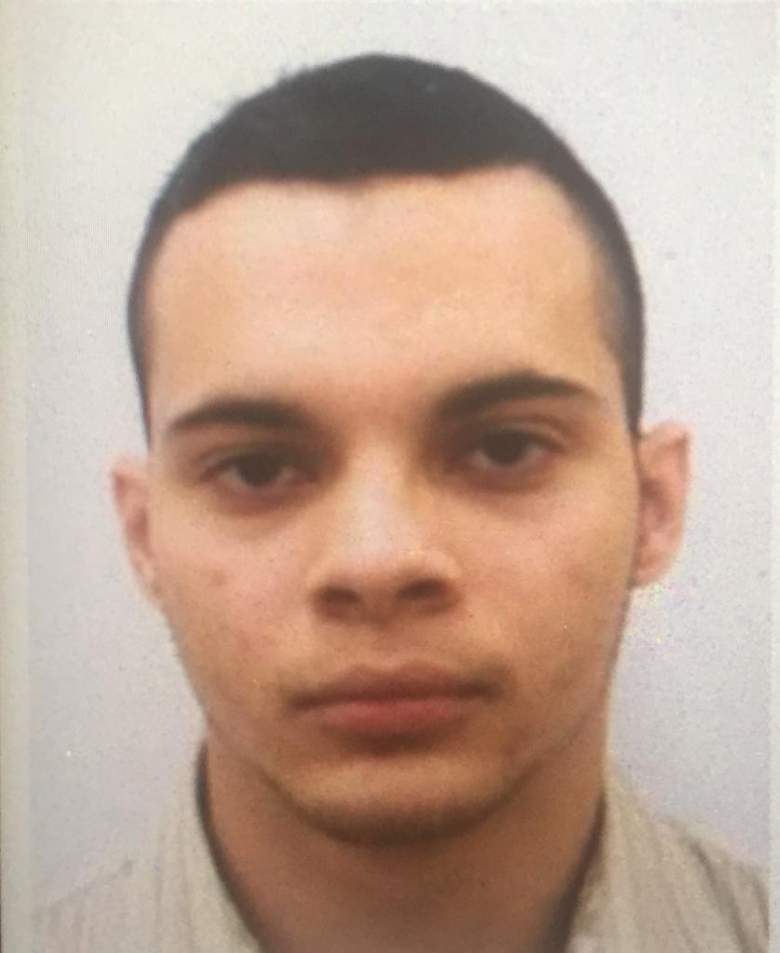 A month later, in February 2016, Santiago was accused by the Anchorage municipal prosecutor of violating the conditions of his release by allegedly failing to adhere to court restrictions. “During a compliance check, APD officers found defendant at the residence (of the girlfriend) in violation” of the conditions, the documents alleged.

“Defendant admitted he had been at the residence – and with (the girlfriend – in violation of his conditions since he had been released from custody on or about January 17, 2016 in the pending case,” contended the court documents.

Despite the violation, the charges were dismissed in a deferred prosecution agreement.

Seneca Theno, the municipal prosecutor, told Heavy of the case’s disposition, “16-278 is in deferred prosecution status. Defendant pled to both charges (courtview is incorrect) and is required to abide by bail conditions and other special conditions related to the deferred prosecution agreement (DSA). It is not clear to me whether the terms of that agreement were put on record at the hearing 3/24/16, so at this time they remain confidential. Continued sentencing hearing is scheduled for 3/28/17. The other case, 16-1478, was dismissed in exchange for the plea to the DSA in the 278 case.”

The Daily Beast reported that an assault case “was related to domestic violence” and was “resolved in March when Santiago entered into a deferred prosecution agreement, an alternative to adjudication where a state prosecutor dismissed the charges in exchange for Esteban’s completion of requirements that are unknown.”

Anchorage police told Heavy they were referring all calls to the FBI. Here’s part of the court record from Anchorage:

CBS News also reports that Santiago was once investigated for possession of child pornography, in either 2011 or 201, but there was not enough evidence to charge him. Investigators seized a computer and three weapons at that time, CBS reports.

You can read more about Santiago here: