They are four different people from three different states, but they all had the unfortunate timing of standing at a baggage carousel in Fort Lauderdale on Friday when a gunman decided to execute people he didn’t know.

They died in front of their spouses, who survived the attack (although one husband is in a coma), and they left behind legacies ranging from volunteerism to being grandparents. Three of the identified victims in the Fort Lauderdale shooting were on their way to cruises.

The victims identified so far are Terry Andres, 62, of Virginia; Olga Woltering, a great-grandmother from Georgia; Michael Oehme, of Council Bluffs, Iowa; and Shirley Timmons, of Senecaville, Ohio.

The horrific airport shooting mass tragedy now has a human face. Esteban Santiago, 26, an American citizen and Iraq combat veteran is under arrest in the shooting, accused of checking a gun into luggage, retrieving it in a bathroom, and then emerging to methodically shoot people standing in baggage claim. The gunman shot some of them in the head, and one eyewitness said he acted like he was in target practice.

Altogether, five people died, and six more were injured in the shooting (others suffered minor injuries in the ensuing evacuation.) The name of the final deceased victim has not yet been released. This post will be updated when it is.

1. Oehme Was on His Way to a Cruise With His Wife

Michael Oehme, 57, was on his way to a cruise with his wife, Kari, a neighbor confirmed to the Omaha World-Herald.

Kari was also shot, but she is expected to recover, the newspaper reported. The couple was from Council Bluffs, Iowa.

The Sun-Sentinel reported that Oehme “was a surveyor and had his own company called Boundaryline Surveys Oehme-Nielsen & Associates…his wife is a customer service representative for a telecommunications company.”

The couple has a daughter whose Facebook profile now carries a graphic that reads, “Pray for Fort Lauderdale.”

2. Andres Was on Vacation With the Wife He Called His ‘Soulmate’ & Had Expressed His Love for America

Andres leaves behind a wife, two daughters, and grandchildren. He was standing with his wife, Ann, when he was shot. Andres was a volunteer firefighter.

His daughter confirmed that he was among the victims to WAVY-TV. He lived in Virginia Beach, Virginia and was born in Millville, New Jersey, graduating from high school in that community.

As with the Oehmes, Terry and Ann were on their way to a cruise vacation, and Ann survived the attack. On Facebook, Andres frequently wrote of his love for his wife, whom he referred to as his “soulmate.” The couple celebrated 39 years of marriage September 10. In a 2013 Facebook post, Andres wrote: “36 years ago tomorrow I married my beautiful wife and soul mate. I would like to wish her Happy Anniversary and let her know even though we are miles apart, she has my heart. Thanks for putting up with me.”

Andres worked at a Norfolk Naval Shipyard in Portsmouth, Virginia, a spokeswoman confirmed.

The shipyard’s website claims its one of the “largest shipyards in the world to specialize in repairing, overhauling and modernizing ships and submarines.” In one post, Andres had written about going to help with work at Pearl Harbor.

He posted about on his Facebook page about the birth of his grandson in 2013:

“Yesterday I was blessed with a new grandson … I’m so proud of the new parents.”

In 2011, Andres expressed his love for America, writing, “I also realized how relatively young America is and what we have accomplished in relatively a short time. God Bless America and proud to call it home.”

You can read more about Andres here: 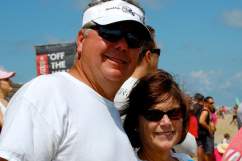 3. Woltering Was a Great-Grandmother Who Belonged to a Georgia Church

Like the other identified victims, Olga Woltering was set to go on a cruise with her husband Ralph, who survived the attack.

Ralph was going to celebrate his 90th birthday on the cruise. According to The Atlanta Journal Constitution, the couple was active members at the Transfiguration Catholic Church. A friend from the church wrote a remembrance of Woltering on Facebook, asking for prayers “for the soul of Olga Woltering.”

Her son gave local news media a statement in which he described the strong faith of his mother.

Woltering’s church wrote on Facebook, “Olga and her husband, Ralph, could always be found at 5:00 pm Mass, in the front of the Tabernacle side. They were always happy and approachable! Ralph is a member of Knights of Columbus and Olga was active in many ministries. Olga was so charming, calling everybody ‘Lovey’ or ‘Love’ in her unmistakable British accent. The picture above shows her normal face, complete with her beaming smile! Her life revolved around her kids, grandchildren, great-grandchildren, and hundreds of extended family at Transfiguration.”

Friend Chip Oudt was supposed to go on the cruise with the couple. He wrote on Facebook, “One of the women killed today at the Ft. Lauderdale airport was a good friend of mine from Transfiguration who with her husband were going on a cruise tomorrow. Her name is Olga Woltering and she was a wonderful wife, mother, grandmother, great grandmother and friend. She will be missed.”

Woltering was from England and lived in Marietta, Georgia. “Mrs Olga, thank you for your beautiful smile and caring personality you will missed on this earth and in our church community,” wrote another friend on Facebook.

4. Timmons’ Husband Is in a Coma & She Was a Former Store Owner

Shirley Timmons and her husband, Steve, of Senecaville Ohio, were on their way to a family cruise, reported the Miami-Herald. Steve Timmons was shot in the face and is in a coma, the newspaper reported.

The newspaper said the couple formerly owned stores and had been married since 1966. “Steve and Shirley raised an amazing family, three amazing girls. Their family was everything to them,” a family spokesman told Your Radio Place.

Timmons’ grandson confirmed the death on Facebook, writing that both of his grandparents are in their 70s. The couple was about it celebrate their 51st wedding anniversary, reported Fox 19.

A friend wrote on Facebook: “Not much news made it to the cruise ship-but we heard about Fort Lauderdale shooting and now I find I know one of the dead Shirley Wells Timmons and her husband (shot in the eye but alive) Steve Timmons-booth from my hometown. Sweet innocent people!”

Authorities said in a news conference that two other people also died in the mass shooting attack, but those names have not yet been released.

All of those shot were standing at the luggage carousel waiting for their bags when Santiago allegedly burst out of the restroom. Authorities say he had checked the bag under a plane after traveling to Florida from Alaska through Minneapolis.

Santiago had served in the U.S. military in Iraq, winning combat medals, and returning with mental health issues, family members have told the news media. He ran into trouble with the law in Alaska, the last state where he lived, being accused of domestic violence, a case that resulted in a deferred prosecution agreement. You can learn more about that case here: 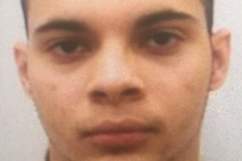 5. Authorities Are Not Ruling Out Terrorism in the Case

Although sources initially told television news networks that authorities were leaning toward mental health issues as a possible motive for the mass shooting, the special agent in charge of the FBI offices in Miami now says that terrorism is being investigated.

George L. Piro, the special agent in charge of the FBI in Miami, said at the evening news conference on January 6 that the investigation spans multiple states, and he confirmed that Santiago had sought out the FBI in Alaska a few months back.

“We have not ruled out terrorism,” Piro said. “Any connections, communication – anything you can imagine, I assure you, we are pursuing every possible lead.” In a Saturday press conference, the FBI said evidence points to Santiago allegedly coming to Fort Lauderdale solely to commit the attack, that he may have visited other cities first, and he will appear in federal court on January 9.

Piro in the news conference also confirmed that Santiago had come to FBI offices in Alaska in November; the suspect allegedly told the FBI that voices in his head had told him to fight for ISIS. However, said Piro, authorities thought he needed mental health assistance and referred him to local police who helped Santiago get treatment.

Eyewitnesses described a horrific scene in which the gunman emerged from a bathroom and randomly executed people waiting for their luggage by shooting them in the head, with “no rhyme nor reason to it,” according to NBC News. He fired through luggage and at people who were hiding, an eyewitness told the network. The Florida governor called the attack “evil” and “disgusting” on CNN. An eyewitness told WCCO-TV in Minneapolis that the calm and silent shooter acted like he was in the woods going to target practice but he was “using people as his target.”