Police in Lauderhill, Florida, have released surveillance video showing the brutal execution-style shooting of a man in a restaurant parking lot in hopes of identifying the gunman.

Gary Wallock was shot 12 times Monday near his car as his friend watched, the Belleville News-Democrat reports.

The gunman remains on the run. Police said they are searching for a blue 2010 Nissan Altima sedan with dark-tinted windows. The car has Florida license plate EZX F13.

Police said the shooting occurred Monday about 5:30 p.m. as the 34-year-old Wallock left the Lobster and Seafood Warehouse with his friend. The gunman then approached Wallock as he was at the rear of the car, opening fire.

The shooter is seen on video firing several shots at Wallock, who collapses to the ground near the driver’s side door of the car. He then fired more shots into him on the ground before running away.

Read more about Gary Wallock and this disturbing video in Spanish at AhoraMismo.com: 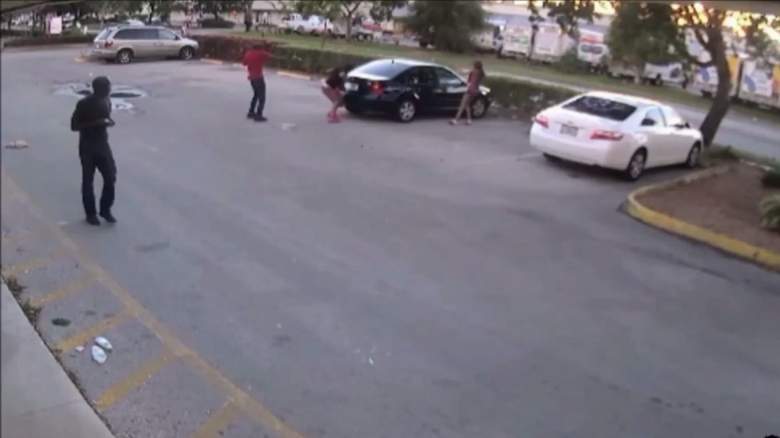