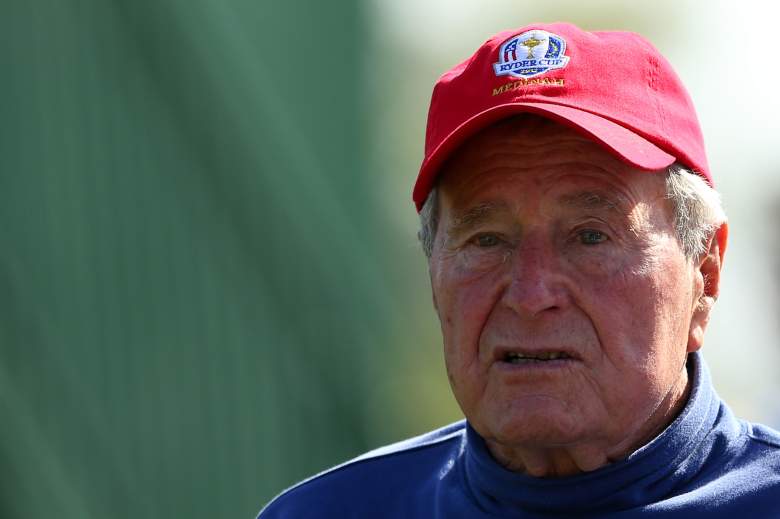 However, both Bushes are not out of the hospital, and they recovered enough that they participated in the coin toss at Super Bowl 2017.

Bush’s spokesman said that the former president was taken to Houston Methodist Hospital because he was complaining of shortness of breath, CNN reported. Barbara was then hospitalized after suffering fatigue and coughing, reported NBC News.

However, Barbara was discharged from the hospital on January 23, although George remains a patient. The former president is sitting up, talking with doctors, and returning phone calls, as he continues to recover from pneumonia, a statement from the hospital said.

Former President George W. Bush wrote on social media on January 19 that “your prayers are working” and both his parents were doing better and “fighting on”:

Initial reports were that George H.W. Bush was expected to be released from the hospital soon and was “responding well to treatments.” However, those accounts were then updated with the news that the former president is now in ICU. NBC News is now reporting that Bush is suffering from an “acute respiratory problem stemming from pneumonia.”

The former president’s spokesman now says, “Doctors performed a procedure to protect and clear his airway that required sedation. President Bush is stable and resting comfortably in the ICU, where he will remain for observation.”

Here is our update on President and Mrs @GeorgeHWBush. pic.twitter.com/zsoIHE4FlX

Bush 41, the father of President George W. Bush, is 92-years-old. That makes him the oldest living American president and one of the longest living presidents in U.S. history. Jimmy Carter is also 92. He was born a few months after Bush in October 1924. Bush was born in June. 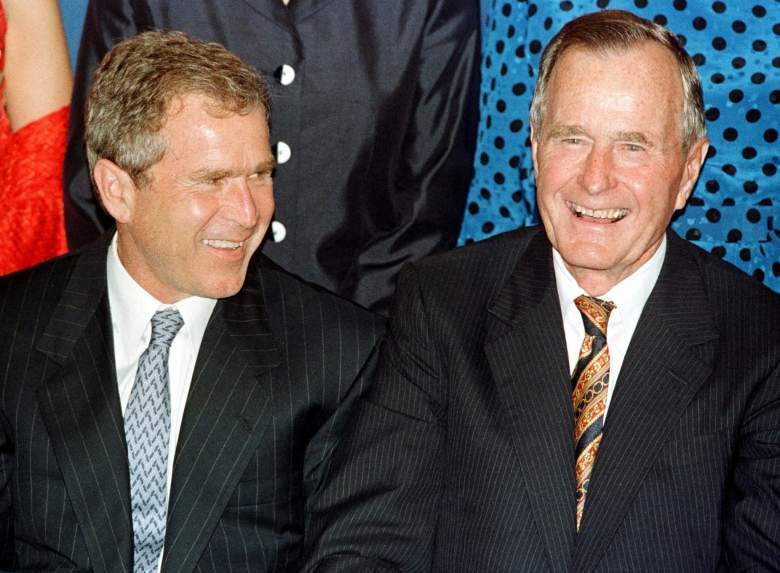 Only two other U.S. presidents outlived Bush in years: Ronald Reagan and Gerald Ford were both age 93 when they died. After Bush and Carter, the next oldest presidents were John Adams and Herbert Hoover, who both lived to 90, according to AOL News and the Associated Press.

NBC News initially reported that Bush was hospitalized “as a precaution.”

The Houston Chronicle quoted Bush’s chief of staff as saying before the ICU report, “He’s there. He’s fine and he’s doing really well.” Bush lives in Houston, Texas, according to the newspaper.

Bush has had a series of health issues related to his advanced age over recent years, reported NBC. He “has a form of Parkinson’s disease and uses a motorized scooter or a wheelchair for mobility,” the network reported, and he “was hospitalized in Maine in 2015 after falling at his summer home and breaking a bone in his neck.” He was also hospitalized for shortness of breath in 2014, was in intensive care two years before that because of bronchitis, reported NBC News. 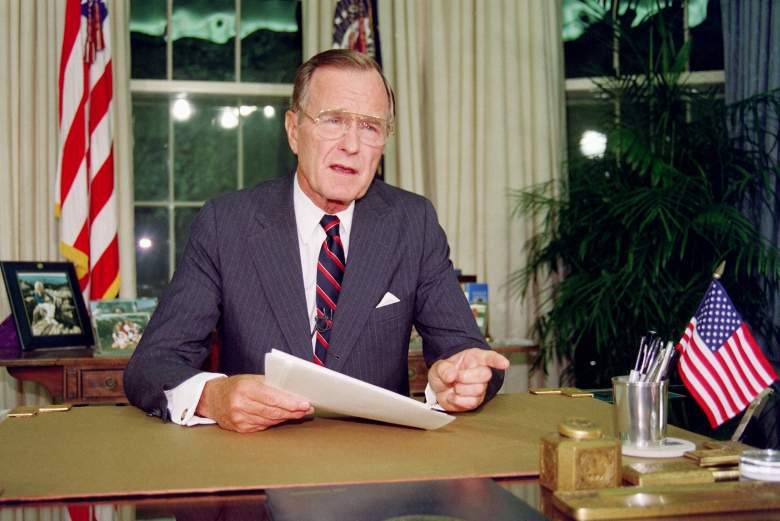 Bush served as president from 1989 to 1993. KHOU-TV in Houston reported that Bush was visited in the hospital by his wife, Barbara, and their son, Neil, before Barbara too fell ill. (Barbara Bush is 91-years-old).

The television station reported earlier in the day that Bush has been treated with antibiotics. Bush’s doctors are “very encouraged” by his progress, reported KHOU.

Born George Herbert Walker Bush in 1924 in Massachusetts, Bush also served as vice president under Ronald Reagan and as the director of the Central Intelligence Agency during his lengthy career in public service. He also served in the U.S. House of Representatives and is a veteran of World War II, according to Biography.com.

George H.W. Bush has a reported net worth of about $23 million, although a lot of his wealth is tied up in property.