Gregg Phillips, founder of the mobile app VoteStand, appears to be at least one of President Donald Trump’s sources for his controversial voter fraud claims.

The former welfare reform and health and human services executive has claimed – without providing evidence – that 3 million non-citizens voted in the 2016 presidential election. The Chicago Tribune reports that Phillips was registered to vote in three states, although he only voted in one.

Trump tweeted about Phillips on January 27. The new president has been criticized for throwing out unsubstantiated numbers of supposed massive non-citizen voting. The New York Times has reported that the number “has been judged untrue by numerous fact-checkers” and labeled it “false” in a headline.

Look forward to seeing final results of VoteStand. Gregg Phillips and crew say at least 3,000,000 votes were illegal. We must do better!

Catherine Engelbrecht and .@TrueTheVote will lead the analysis and reporting effort from here. .@realDonaldTrump https://t.co/paMnfolMM0

Trump won the presidency by defeating Hillary Clinton in the electoral college, but Clinton won the popular vote by almost 2.9 million votes, a margin almost entirely driven by California.

A few days after taking office, Trump started making what many believe are outlandish claims that millions of people voted illegally in the presidential election, including non-citizens, and promised a major governmental investigation into the topic that his spokesman said might come via executive order. The New York Times reported that Trump told the newspaper that he believes three to five million people voted illegally in the 2016 presidential election, which has provoked some congressional angst and which the newspaper labeled false.

1. Phillips Served on the Health & Human Service Commission in Texas

According to the Austin-American Statesman, in addition to being a former member of Texas’ Health & Human Services Commission, Phillips is “founder of a health care analytics firm in Austin.”

In December, Phillips wrote on Twitter, “I bare (sic) scars of firing 20k govt jobs, cutting $4B year in TX & reforming welfare Not sure .@realDonaldTrump team is ready for me.” His LinkedIn page says he was on the commission from March 2003 through August 2004.

He praised the choice of former Texas Gov. Rick Perry as energy secretary, writing, “Had the great fortune of working for him on a massive $ reduction project.”

Phillips wrote on Twitter that he “lost a fiance on Dec. 19” years ago, but was not more specific. He has described himself on Twitter as an “ordinary guy.” An old Texas newspaper story from 2005 said he was married.

On LinkedIn, Phillips says he is “the founder of AutoGov, a big data healthcare software company focused on eligibility, enrollment and data verification.” He said that he “designed a technology based process to gather, analyze and predict Medicaid eligibility” called CaseVue and “has extensive experience in the highest levels of government and healthcare in the design and operation of some of the nations largest eligibility operations, fraud control initiatives and business process redesign projects.”

Phillips says he also worked in management for Deloitte Consulting and graduated from the University of Alabama with a business degree.

The website for VoteStand, which he founded, describes it as “America’s first online election fraud reporting app. VoteStand provides you the online tools and support you need to quickly report suspected election illegalities as they happen.” 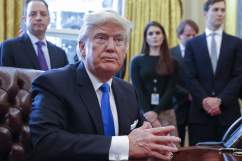 What I Stand For In 50 Words pic.twitter.com/9HkEj19lIb

On Twitter, Phillips has filled his page with religious quotes and says that he is a conservative who is fighting against “evil.”

For I know the plans I have for you,” declares the Lord, “plans to prosper you and not to harm you, plans to give you hope and a future.

.@johnjohnstoniii I don't think Christ plans on riding a comet back to save us from end times. But, what do I know. I'm just a sinner.

He blamed President Obama for police shooting deaths rising and said the Department of Health and Human Services under Obama “hacked” the election. He also writes a lot about veterans’ issues and mental health, such as suicide rates by vets.

56% increase in shooting deaths of police in 2016 thanks to Obama and DOJ lighting the racial fuse.

Sickening to know Obama is responsible.

No matter what Obama or anyone else says, the only entity that hacked election systems was Obama's Department of Homeland Security.

Some of his tweets criticize Islam or Muslims.

In other posts, Phillips called Obama a “spiteful child” for allowing a UN vote and accused him of “despotism” and “cowardice”; suggested that he wanted to “whip” the “as-” of a critic; said Obamacare has “fake enrollees”; called the popular vote a “false metric” and “fake news”; suggested the Israelis “impersonated” the Russians; and compared the election of Nancy Pelosi to Adolf Hitler.

He sometimes writes in Russian in tweets.

3. Phillips Has Thrown Out the 3 Million Non Citizen Voting Number Without Offering Proof 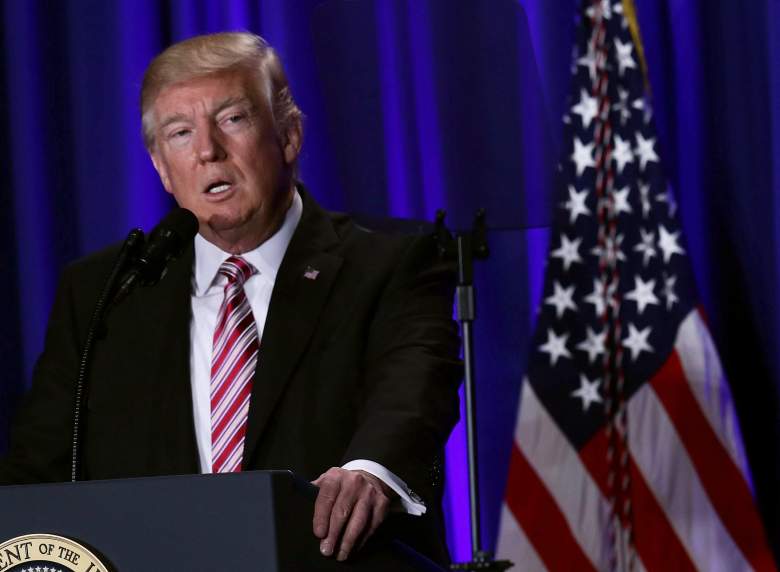 Donald Trump at the Congress of Tomorrow Republican Member Retreat in Philadelphia on January 26. (Getty)

Phillips has repeatedly bandied about the 3 million illegal voting claim. In late November, the Austin American Statesman reported that Phillips was basing his claim on the belief that that’s the number he would find if he analyzed a 50-state voting database run by True the Vote, “a right of center voter integrity group.”

Trump tweeted in late November, without offering proof, that millions of people had voted illegally, stirring up major controversy that escalated when he promised a government investigation into the topic as president.

According to the newspaper, Phillips had not actually analyzed the data when he made the claim. “Phillips’ tweet was a statement of what he thinks he will be able to prove once he is able to analyze” it, the Austin newspaper reported.

The True the Vote organization, based in Houston, Texas, is run by a woman named Catherine Engelbrecht, reported the Texas newspaper. That organization describes itself as “As the nation’s largest nonpartisan, voters’ rights and election integrity organization, True the Vote exists to inspire and equip volunteers for involvement at every stage of America’s electoral process. We provide training, technology, and support to fellow citizens so that they can ensure election integrity in their own communities.”

The Houston Chronicle reported that the group “claims to have more than 180 million voter registration records, which it currently is updating” but “cited no direct reports of actual voting irregularities,” focusing its concern on lack of required proof of citizenship at voting, among other things.

Phillips appeared on CNN June 27 to discuss his study and again wouldn’t provide details or evidence. “Phillips alleged he has the names of three million individuals who voted illegally, but that he needs more time to prepare a public report to ensure accuracy and because the work is being completed by volunteers,” CNN reported.

3,000,000 Americans were disenfranchised by illegal votes of non-citizens.

ALL of the Facebook truth police called it a lie. #truth

A few clues on millions of illegal votes:

.@heidiponyrider Sort of. Many states give drivers licenses to non-citizens. Feds don't check & states are prevented. ID & ballot must link

He’s accused the media of criticizing his numbers without evidence they are wrong while not providing evidence the numbers are right.

Media continues in march to the land of intellectual dishonesty.

Their not having evidence of illegal votes does not make it false.

“We’ve said from the outset that the data, methods and analysis will be made public and turned over to DOJ,” Phillips wrote on Twitter. The Texas Tribune reported that Phillips’ claim was “later highlighted by InfoWars, a conspiracy theory website run by fellow Texan and Trump ally Alex Jones.” The newspaper reported that Phillips, a board member of True the Vote, would not provide proof, data or methodologies to the news media to back up the 3 million figure.

Even some Republicans are demanding that Trump produce evidence: 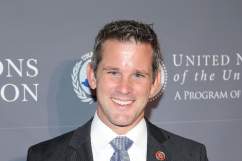 4. A Houston Newspaper Once Ran an Expose About Phillips’ Time in State Work 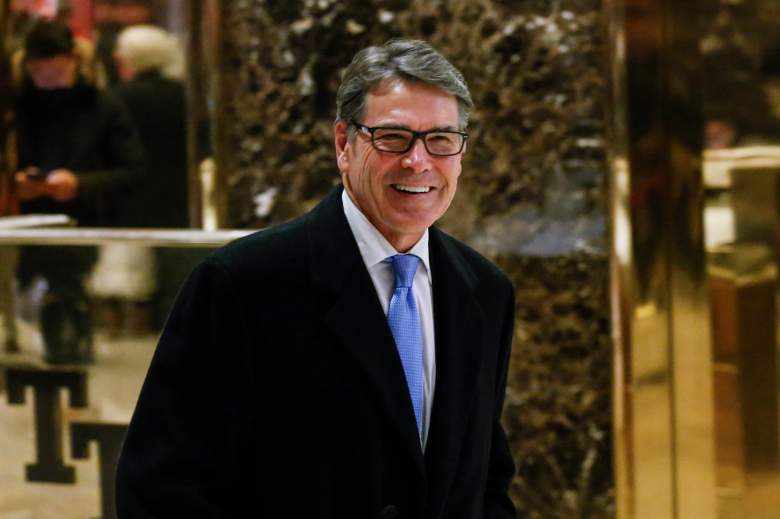 In 2005, the Houston Chronicle newspaper ran a major investigative piece into Phillips’ government work. The newspaper said Phillips “helped write the $1 billion legislation to privatize Texas’ human services system” and alleged he and another man “did so partly with an eye on profit – their own.”

Among the newspaper’s findings: The second man’s company “joined with one founded by Phillips to get a $670,000 state contract in January 2004 from the Workforce Commission, a state agency run by …one of Phillips’ longtime friends.”

And the Chronicle added, “Phillips also apparently helped a business partner…get work advising companies on how to win Texas human services privatization contracts that he could influence.”

The Chronicle reported that Phillips founded a company called Enterject. According to the Texas Tribune, “By 2005, Phillips was beset with allegations of cronyism stemming from contracts signed at both HHSC and the Texas Workforce Commission.”

The Tribune reported, “After leaving HHSC, Phillips went on to run AutoGov, a health care analytics firm where he still works. In 2015, AutoGov was mentioned in reports questioning the state’s $20 million Medicaid fraud tracking software deal with Austin-based 21CT, which was not competitively bid.”

In 2014, two academics wrote in The Washington Post, “Most non-citizens do not register, let alone vote. But enough do that their participation can change the outcome of close races.”

Both men are political science professors at Old Dominion University, where Richman is also director of the ODU Social Science Research Center and Earnest is an associate dean.

On January 27, the Washington Times reported that Richman, on a blog, is contending that “Hillary Clinton garnered more than 800,000 votes from noncitizens on Nov. 8” far less than the Trump and Phillips numbers but more than some media accounts claim.

The newspaper reported that Richman had extrapolated data “based on national polling by a consortium of universities” and found that “6.4 percent of the estimated 20 million adult noncitizens in the U.S. voted in November.”

However, the New York Times wrote, “Voting officials across the country have said there is virtually no evidence of people voting illegally, and certainly not millions of them.”