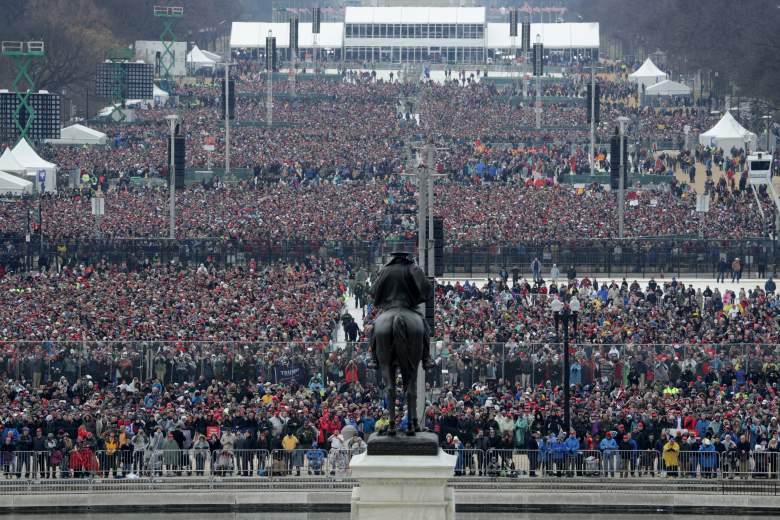 Trump’s Numbers Got a Boost Via Online Streaming, But Obama Had More Livestreams on CNN

These ratings don’t account for online streaming, which could give Trump’s numbers a big boost. Spicer stressed on Monday that when you add in mobile device livestreaming, like phones and tablets, Trump’s viewership may indeed be the highest.

Because livestream viewing has increased significantly since Obama’s inauguration, thanks to social media and other livestreaming options, it’s possible that these numbers could indeed give Trump’s total a big boost if compared to how many streamed Obama’s inauguration. But since overall livestream estimates aren’t available, it may not be possible to know the numbers 100 percent. It’s also hard to make an apples-to-apples comparison, since livestream viewing in general is more popular now than it was in 2009. But we can at least get a few hints from the facts that we have.

Here’s one set of numbers to look at, just to start us off. Trump’s inauguration had 16.9 million live streams on CNN, with a peak of 2.3 million watching at the same time during a peak moment of Trump’s speech. Spicer pointed this out on Monday, January 23, citing that Reagan’s inauguration was watched by 41 million on TV, but if you add 16.9 million CNN online viewers to 30.6 million TV viewers for Trump, then his numbers are higher than Reagan’s 41.8.

However, he’s not looking at Obama’s CNN numbers. Obama’s first inauguration, The Guardian reported, had 21 million video streams on CNN, shattering CNN’s previous 5 million record. (CNN later upgraded that number to 25 million live streams.) So we do know that estimates show Obama’s 2009 CNN livestream numbers were greater than Trump’s in 2017.

Akamai, which is one of the world’s largest content delivery network providers, working with sites like New York Times and Wall Street Journal, recorded up to 7.7 million livestreams at one time, at peak viewing time during Obama’s first inauguration in 2009, CNET reported. According to Tech Crunch, at the peak of Trump’s inauguration, 4.6 million concurrent viewers were watching the inauguration live online. However, we’re not sure if Tech Crunch’s number came from the same sources as CNET’s original estimate, because the Akamai Vice President later goes on to say that the presidential inauguration was “the latest in a series of record-breaking live, online video streaming events that we have supported over the last year.” And at the beginning of its story, Tech Crunch says that Trump’s inauguration was “the largest, single live news event that … Akamai has ever hosted.”

According to Tech Crunch, Akamai’s numbers show that live video streaming during Trump’s speech peaked at 8.7 Tbps, surpassing the previous record of 7.5 Tbps during election day night. Meanwhile, streaming for Obama in 2009 peaked at 1.1 Tbps. However, this isn’t an apples-to-apples comparison. HD video streaming requires higher bitrates than back in 2009, and there are more people who watch streaming videos now in general. According to Tech Crunch, the average connection speed during the 2009 inauguration was 4.1 Mbps, and the average connection speed in 2016 is 15.2 Mbps.

Here are some other facts about web traffic.

The numbers from Associated Press, Facebook, Mogulus and some other sources for Trump’s inauguration aren’t yet available, as of the time of publication. We’ll add them to this story once they are, so you can compare and contrast the two. There were also many livestream options not available to Obama back in 2009 that are available now, which certainly gave Trump a huge boost. 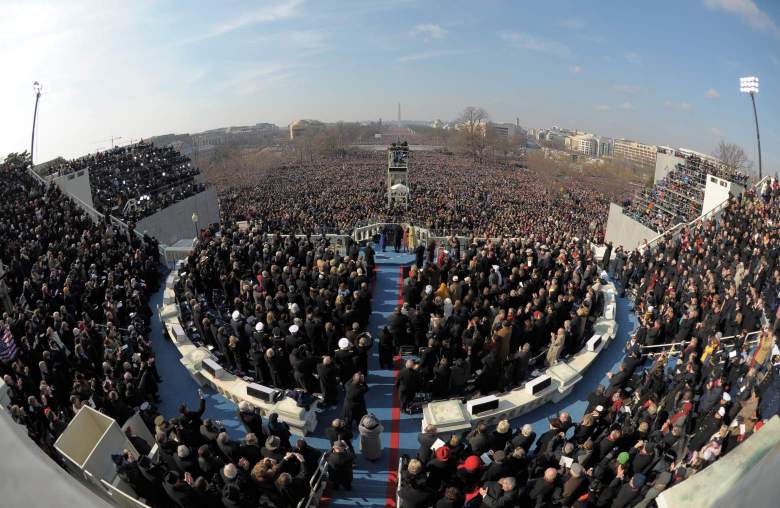 Estimates of inauguration crowds aren’t an exact science. The National Park Service doesn’t publicly release official estimates, ever since a dispute about how many attended a Million Man March in 1995. Now, estimates are given by law enforcement officials or federal officials, or organizers.

On Friday, January 20, officials began estimating early that Donald Trump’s inauguration was attended by about 900,000 people maximum. However, a more “official” tally may be tough to obtain, since the Parks Service no longer gives official numbers. Others estimated the attendance as being much smaller, but these estimates have not been verified. Earlier on inauguration morning, the numbers for Trump’s attendance were looking small. DC Metro estimated that there were about 193,000 for Trump’s inauguration at a time when, in 2013, there were 317,000 for Obama’s second inauguration, and at the same time in 2009, there were 513,000 people. Trump’s numbers did end up growing, but they did not match the number who showed up for Obama’s first inauguration. Planners had estimated a maximum of about 900,000 expected to Trump’s inauguration, Fox 25 reported. Homeland Security placed the number at about 800,000 to 900,000 expected. The inaugural committee, meanwhile, had estimated about 700,000 people would watch the inauguration.

In conclusion, if you combine Nielsen ratings and estimated crowd sizes, then Obama’s first inauguration had greater viewership than Trump’s. It all gets a little fuzzy once you start calculating in streaming, however. There’s not a really good way to quantify total streaming at this point, but one comparison currently available showed Obama got more live streams on CNN than Trump.

During a press briefing on Saturday, Sean Spicer said: “This was the largest audience to ever witness an inauguration — period — both in person and around the globe.” It’s unclear how he would know how many people watched the inauguration from around the globe or what information he had access to in order to reach that conclusion at the time of the press conference. However, we do know that many sources are now estimating that Trump’s inauguration was indeed likely the highest-viewed inauguration in livestream history.

To see detailed stories about the crowd size of Trump’s inauguration, please see these stories below: 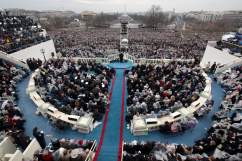 How Many People Attended Trump’s Inauguration vs. Obama’s? [PHOTOS]