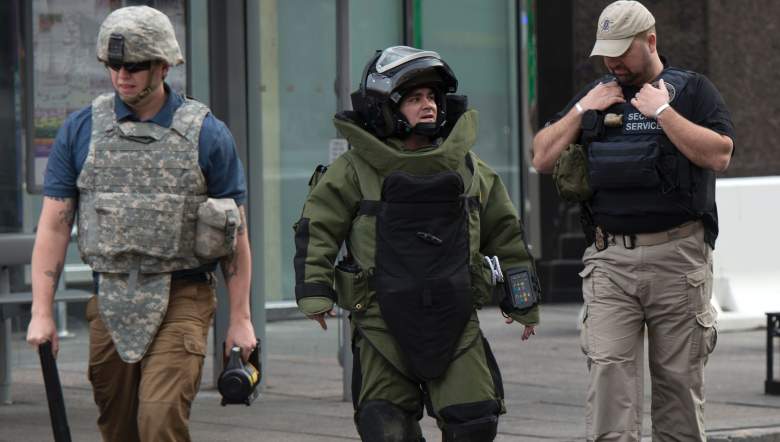 A member of the bomb squad speaks with a member of the Secret Service as he walks back to his team to check samples from a suspicious package near the Hilton Garden Hotel in Washington, DC on January 19, 2017. (Getty)

Protecting a president is always challenging, but protecting a controversial president-elect during an Inauguration weekend expected to draw 1 million people is an even greater task.

The Secret Service and other law enforcement have organized a massive security effort to do just that – protect President Elect Donald Trump and his family on Inauguration Day.

A monumental collaborative effort among law enforcement agencies – including the Secret Service, FBI, Park Police, Coast Guard, and Centers for Disease Control and Prevention – is underway, according to ABC News.

1. The Secret Service Has Prepared For Possibilities Ranging From an Active Shooter to Weaponized Drone 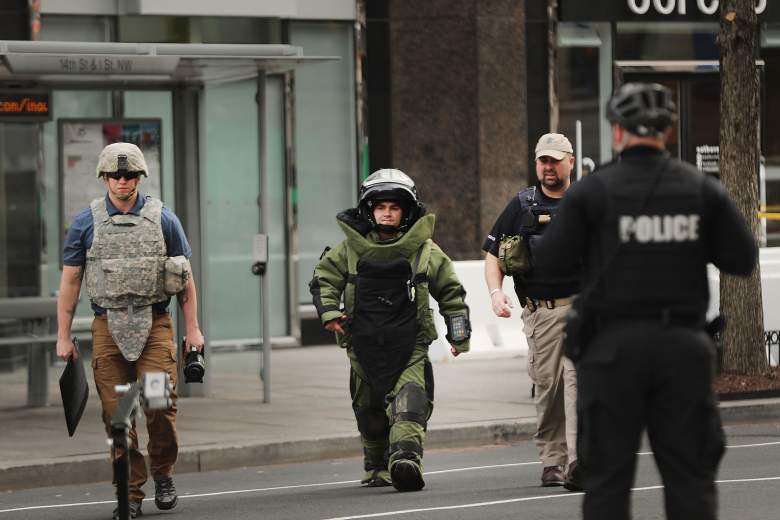 Security is tight in the nation’s capital on the eve of the presidential inauguration. (Getty)

According to CBS News, the Secret Service has prepared for scenarios ranging “from an active shooter to an assassin using a weaponized drone.”

ABC News reported that the planning process has been going on for a year, and there will also be air support. Security officials recognize that they have to do more than protect the president and his family: They also have to protect the crowds gathering to celebrate and protest. 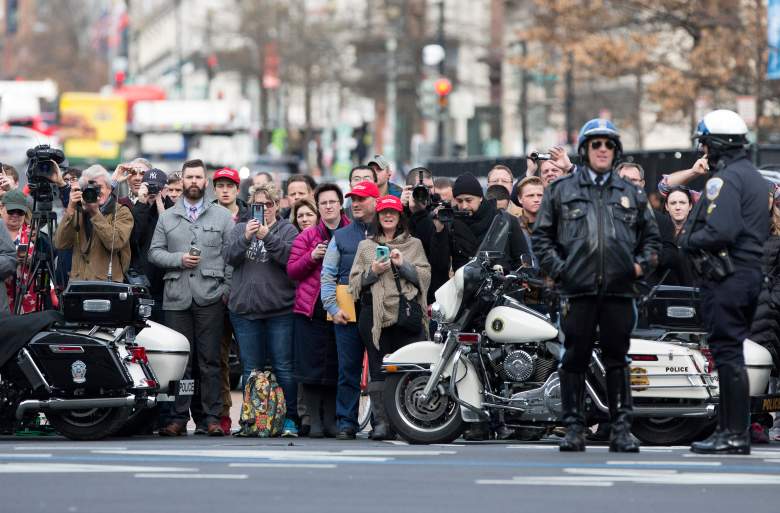 Onlookers await a sighting of President-elect of The United States Donald J. Trump outside Trump International Hotel the day before his swearing in January 19, 2017 in Washington, DC. (Getty)

The Secret Service is taking the lead because the Inauguration is deemed a “national security event,” according to ABC News. 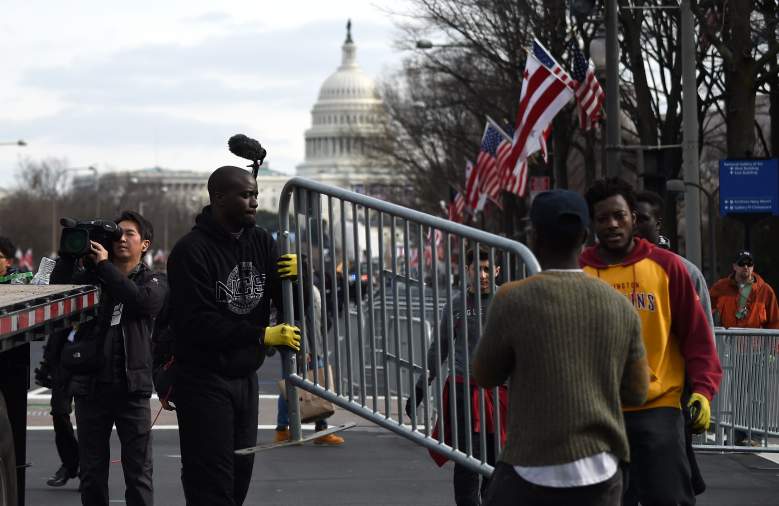 One concern that authorities have is the new model of terrorism, in which ISIS influenced terrorists have driven large trucks into crowds, both at a Christmas market in Berlin, Germany, and at the Bastille Day fireworks display in Nice, France.

Security officials told the news media they have planned for that. According to CNBC, they have positioned “heavy construction equipment, dumpsters and other physical barriers” throughout Washington D.C. to guard against it.

4. There Have Not Been Specific Threats Against the Inauguration Made Public But Some Concerning Incidents Preceded It

Man sets himself on fire outside Trump hotel https://t.co/D29aqu4yGr pic.twitter.com/0rFfLfkDzw

Although there is some ISIS propaganda calling for Trump’s assassination, the terrorist group has been fairly quiet on the Inauguration.

Homegrown terrorists or Trump opponents could also be a concern. A Florida man whose family has strong ties to Hillary Clinton was arrested on Inauguration week and is accused of filming a Twitter video saying he wanted to travel to the Inauguration to kill Trump.

In addition, a protester set himself on fire outside a Trump hotel in Washington D.C. on Inauguration week to protest the president-elect.

On Inauguration Eve, there were scattered reports that other protesters were also starting fires.

Protestors setting fires outside Natl Press Club now. Some even chasing down #DeploraBall attendees as they leave pic.twitter.com/TVnQEIz761

There were reports of police using pepper spray and bottles being thrown.

Other protests have been peaceful, but one challenge for security officials is that a greater than normal number of protesters is expected to show up. 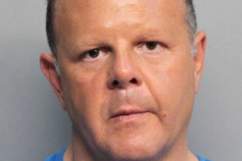 5. More Than 28,000 Police Officers Are Expected to Protect the Inauguration & Women’s March on Washington 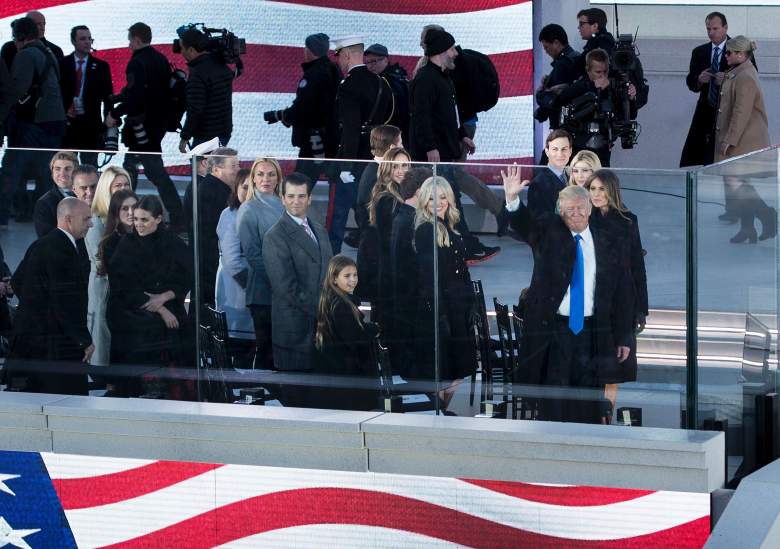 It’s not just the Inauguration Day itself. Authorities are also working to protect the Women’s March on Washington over the inaugural weekend that is expected to draw hundreds of thousands of people.

About 28,000 law enforcement officers will be protecting both the Inauguration festivities and the women’s march, which takes place Saturday, according to Time Magazine.