A 12-year-old girl in Georgia live streamed her own suicide online in a shocking clip that continues to spread across the Internet. On December 30, Katelyn Nicole Davis began streaming her death after telling the world that she had been sexually abused by a male member of her family. A blog posting said this relative was her stepfather.

Davis lived and went to school in Cedartown, Georgia, about 70 miles west of Atlanta. After authorities became aware of the video on the night of Davis’ death, she was found hanging from a tree in front of her home. The 12-year-old was rushed to Polk Medical Center where she was pronounced dead. Katelyn Davis would have turned 13 in February.

1. The Horrific Video Shows Davis Hanging From a Tree for Around 20 Minutes

The horrific video ends with Davis hanging from a tree in front of her home. The entire clip is 42 minutes long. It was posted under her user name ITZ Dolly. The first 21 minutes show Davis setting up her suicide and talking about her life. At 21:24, Davis tells the world, “Goodbye.” She then proceeds to hang herself by removing the bucket she had been standing on. Less than ten minutes later, voices can be heard calling out to Davis.

Polk County Police Chief Kenny Dodd asked the public to stop sharing the video online. Speaking to Fox Atlanta, Dodd said, “We want it down as much as anyone for the family and it may be harmful to other kids. We contacted some of the sites. They asked if they had to take it down and by law they don’t. But it’s just the common decent thing to do in my opinion.”

Chief Dodd also said that it was a cop from California who happened to see the streaming who first contacted Polk County authorities. The chief added that his department has been fielding calls from as far away as the United Kingdom regarding the removal of the video.

Initial reports that the video was streamed on Facebook Live were incorrect, the streaming service used was Live.me. Mashable describes the app as a “mobile app for live-streaming, popular among teens.”

2. Davis Wrote on Her Blog 3 Days Before Her Death That a Member of Her Family Had Beaten Her With a Studded Belt

In videos published on the In Memory of Katelyn Nicole Davis YouTube channel, Davis talks about fights with her mother, Tammy Rogers.

The arguments range from fights over Rogers’ drug use, men who come over to their home and Davis cutting herself. In another video, Davis explicitly states that she has no father.

Davis maintained a blog titled “Diary of a Broken Doll.” Since her death, it has been removed. The Daily Haze published screen grabs from the blog. Davis wrote on December 27 that she had been forced to see her stepfather. The second paragraph reads:

My stepfather did a lot of things to me, that it seems I cannot forgive him for. He physically, mentally and verbally abused me. He struck me with his leather belt that has silver studs, making sure that the studs hit me.

He once hit me so hard with the belt on my arm, that my arm started to bleed. He even… He tried to rape me.

In another paragraph, Davis mentions two times when her stepfather told her to commit suicide. She adds, “I got into the National Leaders Association for Young Leaders. They were going to help me with college. But of course, he said I was too stupid to be in something like that, and he burned it in front of my face.”

Davis’ obituary names Matthew Reed Davis as her father. It adds that the 12-year-old’s funeral was held in Cedartown on January 6.

On Christmas day, five days before Davis’ death, her mother started a Go Fund Me page. Tammy Michelle Rogers writes about a litany of bills she has been left with since her husband left her. At the time of writing, the page raised $70 of a $3,000 goal. It was titled, “Single mom of 3 down on my luck.”

Davis wrote about her poor living conditions in a blog post. It reads:

I live in such a poor environment. My bed is not even a bed! It’s an old, rusty mattress laying in a cold, wet floor. The floor is wet because of a broken pipe. My luck, I’m right next to the bathroom, and the pipes is leaky. Therefore, my floor is wet.

This will most likely make someone sick because not only is there leaky pipes, but there’s a huge hole in my floor that leads to outside. It’s the middle of the winter. So, cold air plus wet floor equals sickness. Not to mention that a bird just flew into my room through the hole. That’s my luck.

Tammy Michelle Rogers writes on her Facebook page, “I’m married to my best friend Anthony Lee Rogers.” She adds, “You mess with my kids u gonna get ur tail whipped. My husband and children are my life.”

3. In a Blog Post, Davis Made Pointed References to a CreepyPasta Meme

(Diary of a Broken Doll)

A December 22 blog posting details Davis’ love of Ben Drowned. Drowned is a meme from the infamous website CreepyPasta. According to the site’s mythology, Drowned was a boy named Ben who drowned. He then inhabited the Nintendo 64 cartridge of a Creepypasta user named Jadusable.

I NEED his love. I NEED his warmth. It has been several months since I lad spoke with him. And one of those months I actually tried to kill myself by overdose because I couldn’t take the pain anymore. I just NEED to find my love.

The post also makes a reference to Slender Man. In May 2014, two 12-year-old girls in Waukesha, Wisconsin, were accused of the attempted murder of another friend. The girls allegedly stabbed their friend 19 times. The suspects committed the crime in order to impress Slender Man, a horror character from CreepyPasta.

Davis had been a student at Cedartown Middle School. On her obituary, it says that Davis was born in Rome, Georgia, in 2004.

4. The Circumstances Surrounding Davis’ Suicide Are Still Under Investigation

Coosa Valley News reports that an investigation had been launched into Davis’ allegations before her death. The website says that authorities began looking into the case after Davis’ wrote about the abuse on her blog.

Polk County Police Chief Kenny Dodd has said that no charges have been filed in the case. An autopsy was carried out on Davis by the Georgia Bureau of Investigation. Dodd also said that search warrants are needed for investigators to search Davis’ phone and social media profiles.

5. News of Davis’ Suicide Has Resulted in an Outpouring of Emotion on Social Media

#RipDolly it truly saddens me that you took your life. You where a beautiful young lady with a beautiful soul, and so many made you think otherwise. I see you struggled with anxiety & depression & even tried to help others. I truly think that was your calling, to help others…wish you didn't give up so soon. No more bullying, no more struggles or pain.. Rest peacefully. Prayers for your family ❤ #Suicide #anxiety #depression #bullied #theabused #stopbullying #gonetoosoon #dolly #therosewilted

As news of Davis passing spread, social media has been flooded with friends and strangers alike paying tribute to the 12-year-old. A Facebook page, Justice for Katelyn Nicole Davis, has also been set up.

The passing of Katelyn Davis has me beyond words.My heart is shattered. #RIPKatelyn #ItzDolly #DiaryOfABrokenDoll ??? Fly high & find peace

The Katelyn Nichole Davis story breaks my heart. I'm truly scared for anyone who wants to end their lives like she did #RIPKatelyn pic.twitter.com/8X19HP77vb

rest in peace katelyn ?❤️ fly high with the angels baby. It was truly heartbreaking. 12/30/16 #RIPKatelyn

#ripkatelyn. you deserved to live. you're not worthless. you are beautiful. you are amazing. prayers go out to her family pic.twitter.com/7TA6EZVMMq 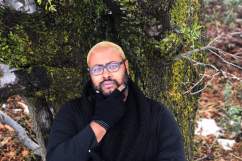 Loading more stories
wpDiscuz
117
0
Would love your thoughts, please comment.x
()
x
| Reply
A 12-year-old girl in Georgia live streamed her own suicide online in a shocking clip that continues to spread across the Internet.