Laura Lynne Stacy has not been seen since Sunday. (Facebook/Laura Stacy)

Laura Lynne Stacy is a 28-year-old woman who had not been seen since Sunday, January 22 and was reported missing. Authorities told ABC7 that Stacy was found alive.

The Colorado native, who recently moved to Los Angeles, was found walking along the 14 Freeway near Avenue K, the Los Angeles Police Department told ABC7.

KTLA reports that she met her parents before being taken to a local hospital as a precaution. Police did not release further details.

“We‘re praying that she’s OK and that this is a nightmare,” her mother, Marcy Stacy, told the Los Angeles Daily News before she was found.

A representative for the family released a statement to the Daily News, which reads:

The family is very grateful to have located their daughter, Laura Lynne Stacy, and would like to thank everyone involved in the search to locate her.

“Specifically, we would like to thank the Los Angeles Police Department and the Los Angeles Sheriff’s Department for their swift response, the LASD Volunteer Search and Rescue team and local volunteers who came out to search, and to the media for alerting the public, all of which helped to bring this search to a close.

“Our daughter’s physical condition is currently being evaluated by medical professionals, and we await the results. Our family is not in a position to grant interviews at this time and as a result, we respectfully request privacy. We will advise later when we are prepared to give a further statement.”

Stacy’s phone was found in Santa Clarita and her car was found near Lancaster, in the Antelope Valley.

Stacy is described as 5 feet, 8 inches tall and weighs 130 pounds. She has blond hair and blue eyes.

Here’s what we know so far about Stacy’s disappearance.

1. Authorities Said She Was Last Seen at Her Los Angeles Apartment on January 22

Before she was found, the LAPD says that Stacy has not been seen since January 22, 2017 at her apartment in the 3600 block of Barhman Boulevard in Los Angeles. She drives a 2005 black Acura TL that still has a Colorado license plate. The plate number is 597WFD.

Stacy’s mother, Marcy Stacy, told the Los Angeles Daily News that Stacy had a female roommate, who was the last person to see her. Her family sent text messages, but they grew concerned when Stacy was not responding.

“She’s usually in contact with someone in our family either her sister, her brother or ourselves,” her father, Steve Stacy, told KTLA.

2. Stacy’s Car Was Found in Lancaster, California & Her Phone Was Found 30 Miles From her Home

Deputies appeared to have found missing #TolucaLake woman's car near #Lancaster. Zoomed in and plates match. No sign of #LauraStacy. @NBCLA pic.twitter.com/xXwqi9pPDF

On Monday morning, Stacy’s parents received a text message from her phone, but it was not sent by Stacy. The person said the phone was found at Golden Valley Park in Santa Clarita, 30 miles from where Stacy lives.

“I’m not sure why she was way out here,” Marcy Stacy told the Los Angeles Daily News.

On Tuesday night, police found a vehicle that matched the description of Stacy’s car, right down to the license plate number. Officials confirmed that the car was Stacy’s and found abandoned.

It was found in Lancaster, California, near 97th Street E and East Avenue E in Northeast Antelope Valley, KTLA reports. Investigators said that there was no sign of Stacy at the scene and no sign of foul play.

Lancaster is located in northern Los Angeles County, about 70 miles north of the City of Los Angeles.

In an interview with the Los Angeles Daily News, Stacy’s mother said that her daughter wanted to establish a real estate career in Los Angeles after starting out in Denver.

“She wanted to try something new and come to California,” Marcy Stacy told the Daily News. She added that her daughter is “smart and beautiful and kind.”

After hearing that their daughter went missing, Stacy’s parents flew from Denver to Los Angeles. 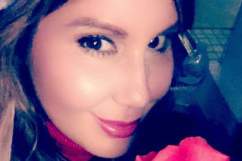 According to her LinkedIn profile, Stacy attended Colorado State University from 2007 to 2008 and received a B.A. in Communication, Journalism and Related Programs. In 2008, she also took a course at the Florence University of the Arts in Italy.

My background is saturated in making connections and building relationships around me. Beyond being goal-oriented and organized, my social skills are my biggest asset. I am incredibly passionate about real estate and that enthusiasm and positivity translate into every relationship around me. I am always connected! So you will be too! From beginning to end, whether you are just starting to look around for an agent or new home until the day of closing I am fully devoted to you and will continue to make sure my clients are happy for years to come. 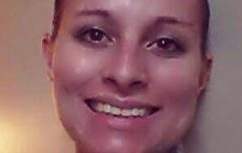 5. She Also Has an Interest in Photography

Stacy’s parents, Steve and Marcy Stacy, told KTLA that their daughter also has an interest in photography. They said that she recently got a job offer in Los Angeles, and was excited for the atmosphere and Southern California weather.

“It’s been a nightmare and I just want to be woken up from a bad dream,” Marcy Stacy told KTLA. “A lot of people love her and praying for her and want her home safely.”

Loading more stories
wpDiscuz
8
0
Would love your thoughts, please comment.x
()
x
| Reply
Laura Lynne Stacy, a 28-year-old woman who was reported missing in Los Angeles, was found alive. Here's what you need to know about her.