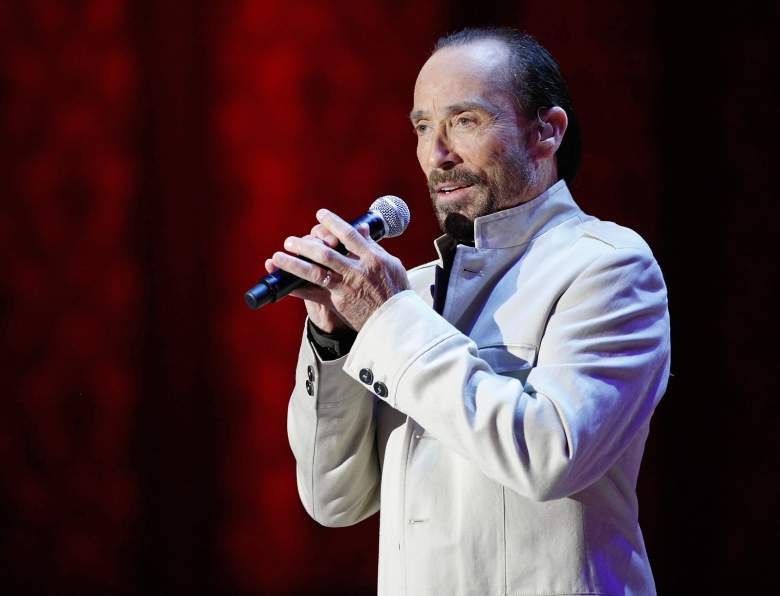 Lee Greenwood will be performing at the inauguration of Donald Trump this week. Does this mean that he is a Republican and supported Trump for president? Or does he consider this to be a non-partisan performance celebrating the peaceful transition of power?

Greenwood is indeed a Republican, but Donald Trump was not his first choice for president. Instead, Greenwood supported Marco Rubio during the Republican presidential primaries, singing “God Bless the USA” at a Rubio campaign rally in February 2016 and enthusiastically introducing Rubio as “the Republican party’s nominee.”

Later that month, the Rubio campaign used Greenwood’s song in a campaign ad.

Tomorrow | Marco Rubio for President— SUBSCRIBE for the latest news and updates from the Marco Rubio campaign ► http://rub.io/tEJVqD Watch more videos from Marco Rubio! ► http://rub.io/E6DYdY Stay connected with the campaign. Subscribe on YouTube ► http://rub.io/SPyN87 Like us on Facebook ► http://rub.io/jtnBBg Follow us on Twitter ► http://rub.io/5crP7q Follow us on Instagram ► http://rub.io/K5Lm3R ABOUT MARCO RUBIO For Marco Rubio, America is not just the country where he was born — it is the place that changed his family’s history. His parents came to America from Cuba in 1956 to pursue a better life. His father became a bartender, and his mother became a cashier, a maid and a Kmart stock clerk. Growing up in Las Vegas and Miami, Marco watched how his parents worked hard and sacrificed to give their children a life better than their own. They never made it big, but they were successful. They achieved the American Dream. And that is why he is running for president. For too many people, the American Dream feels impossible. Opportunity and success seems far away. But Marco has worked tirelessly to restore the hope and promise that the American Dream is real and that every American can achieve their own unique version of that dream. As U.S. Senator, Marco has led a bold offensive to institute innovative, conservative ideas to address the fundamental issues our country is facing and to restore hope in the American Dream. His ideas are firmly rooted in this simple truth – the American economy has changed significantly in recent decades and our policies must change with it. He has proposed conservative reforms to our nation’s anti-poverty laws, tax code, regulatory policies, higher education system, vital senior safety net programs and national defense. For Marco, this country has provided him so much — the chance to graduate from the University of Florida and then the University of Miami’s law school. The chance to marry his wife Jeanette in 1998, with whom he is raising four children: Amanda, Daniella, Anthony and Dominick. And the chance for both of them to give back through public service as a West Miami city commissioner; a Florida state legislator that rose to become majority whip, majority leader and speaker of the house; and since 2011, as a U.S. Senator. For all the opportunities this country has provided Marco and his family, including all that Jeanette has accomplished through her charitable work, he is indebted to this great country. He believes that he owes America for the opportunities that this country has given him and his family. He believes the American Dream is still possible for all Americans. But make no mistake: it will require new leadership and a bold conservative reform agenda built for the 21st century. Join Marco today to reclaim the American Dream and make sure this century becomes a New American Century. ABOUT THE MARCO RUBIO FOR PRESIDENT YOUTUBE CHANNEL Welcome to the official Marco Rubio for President YouTube channel. This is THE hub for videos related to Marco’s presidential run, where you’ll find media clips, debate highlights, information on issues, snippets from the campaign trail, and more. Here, you can watch Marco’s TV interviews, learn about his platform and where he stands on issues, and how he plans to bring us into a new American Century. Watch speeches and event highlights, like Marco’s official campaign launch speech in Miami. Stay up to date with all the new Marco Rubio ads and the videos going viral online. Watch him answer the top google searches about himself, and yes, watch Marco drink water. Follow Marco on the campaign trail as he travels in Iowa, New Hampshire, South Carolina, Nevada and many more states. Hear Marco talk about his Christian faith and belief in God. Get inspired by Marco’s ideas, and learn how to sign up to volunteer or donate to the campaign. Learn about Marco’s background, the story of his father working as a bartender to provide for his family, and how his story is the essence of the American Dream. Marco Rubio is running for president because he wants the American Dream to be possible for more people than ever before. Yesterday is over and we’re never going back. Join Marco Rubio to reclaim the American Dream and make sure this century becomes a New American Century. http://rub.io/tEJVqD2016-01-31T15:18:24.000Z

60 Seconds Ohio: Lee Greenwood "Proud to be an American" who backs Mitt RomneyFamous for his song "Proud to be an American," Lee Greenwood warmed up the thousands of Romney-Ryan fans who gathered under overcast skies in Dayton Tuesday to see the GOP duo together again for the first time since they basked in the sunshine in Ohio the Saturday before the Republican National Convention in Tampa, FLA in late August. Joining Romney and Ryan were Ohio Sen. Rob Portmand and KY Sen. Rand Paul. Read more: http://exm.nr/NJ0AJT and http://exm.nr/P1ym1h2012-09-25T23:58:40.000Z

Greenwood also performed “God Bless the USA” at a John McCain campaign rally in October 2008, and at a George W. Bush rally in 2004. As passionate as Greenwood was about electing the last few Republican presidents, he did not have anything to say about Donald Trump during the 2016 election.

“This is a time to overcome challenges in our country and band together,” Greenwood said in a statement this week. “My wife Kim and I are looking forward to the inauguration ceremonies.”

Greenwood’s song, “God Bless the U.S.A.,” is one of the most well-known patriotic songs ever written, and it is especially popular among Republican presidential candidates. The song has been utilized in campaign ads for over 30 years, going back to a Ronald Reagan commercial in 1984.

And although Greenwood did not appear at any Donald Trump rallies, his song did; Trump often took the stage at his events with “God Bless the USA” playing, even during the time that Greenwood was actively supporting Trump’s opponent, Marco Rubio.

“I don’t apologize for performing for our country or military,” Keith told Entertainment Weekly. “I performed at events for previous presidents [George W.] Bush and [Barack] Obama and over 200 shows in Iraq and Afghanistan for the USO.”

Jennifer Holliday initially signed on to perform at the inauguration concert as well, but she backed out after facing backlash from the LGBT community. She said that she originally accepted the invitation without realizing it would come across as support for Donald Trump.

“Please know that I HEAR YOU and I feel your pain. The LGBT Community was mostly responsible for birthing my career and I am deeply indebted to you,” Holliday told The Wrap. “You have loved me faithfully and unconditionally and for so many years you provided me with work even though my star had long since faded.”

The inauguration concert featuring Toby Keith and Lee Greenwood will take place on Thursday, January 19th. President-elect Donald Trump himself will speak at this event.

Read More
Donald Trump, Politics
Lee Greenwood will be singing at the inauguration of Donald Trump this week. Is Greenwood a Republican? And did he support Donald Trump during the election?