At least five people are reported shot dead and at least 13 total were reported shotby a gunman in Terminal 2 at Fort Lauderdale-Hollywood International Airport on January 6.

The Broward County Sheriff’s Office held a briefing on the shooting and said eight people are at an area hospital, but the extent of their injuries is unknown at this time. The airport has been cleared by SWAT teams and the scene is “considered fluid and active,” Sheriff Scott Israel said at the briefing.

Israel said the lone shooter was taken into police custody “without incident,” and his motive was unknown at this time. While the police didn’t immediately release the name, a report by MSNC claimed the shooter’s name is Esteban Santiago, reportedly a U.S. citizen with military identification. Rick Leventhal from Fox News said Santiago is a 26-year-old United States citizen who was morn in New Jersey.

For the latest updates straight from the Broward County Sheriff, follow the agency’s tweets.

The scene was reported as chaotic and there were gruesome eyewitness reports from the scene that, according to NBC Miami, an active shooter strolled into a baggage claim area and randomly shot numerous people, including some in the head.

CNN Justic Correspondent Evan Perez said that Santiago flew in on a flight from Alaska and checked firearms. He picked up his luggage, went into a bathroom and started firing:

Some of the most shocking live video came from NBC Miami. You can watch the live video here.

For the latest on the situation in Spanish, watch the livestream below:

Photos and videos filled social media showing people bloodied and a massive law enforcement response to the scene. Witness Mark Lea told NBC Miami he saw the shooter, who finished shooting and then lay down on the ground spread-eagle. 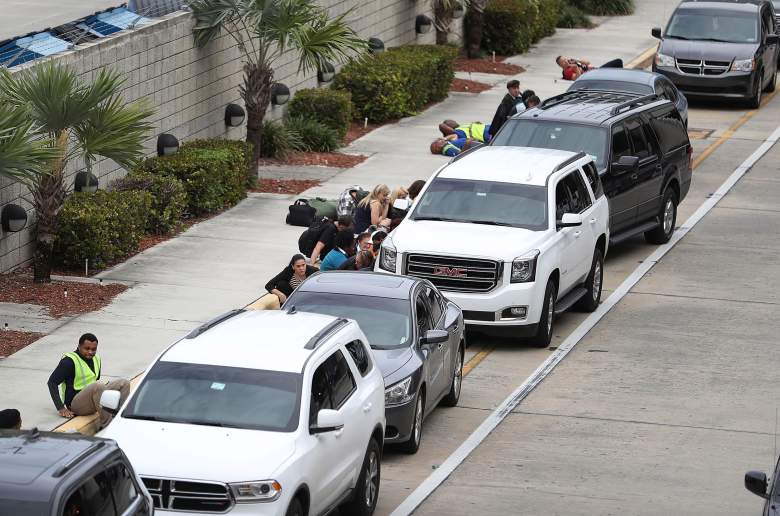 People take cover behind cars outside of Terminal 2 of Fort Lauderdale-Hollywood International airport after a shooting took place near the baggage claim on January 6 in Fort Lauderdale, Florida. (Getty)

People were running from the scene, and the airport was evacuated. Planes on the tarmac stood in place and those inside of the airport were dispersed onto the tarmac as well. Officials are still canvassing all areas of the airport, including the parking garage. 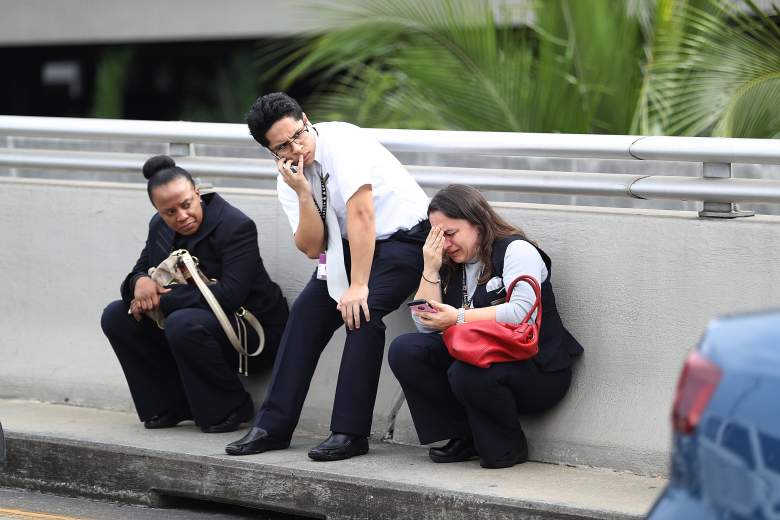 People take cover outside Terminal 2 of Fort Lauderdale-Hollywood International airport after a shooting took place near the baggage claim on January 6. (Getty)

This post will be updated with breaking details as they become available. 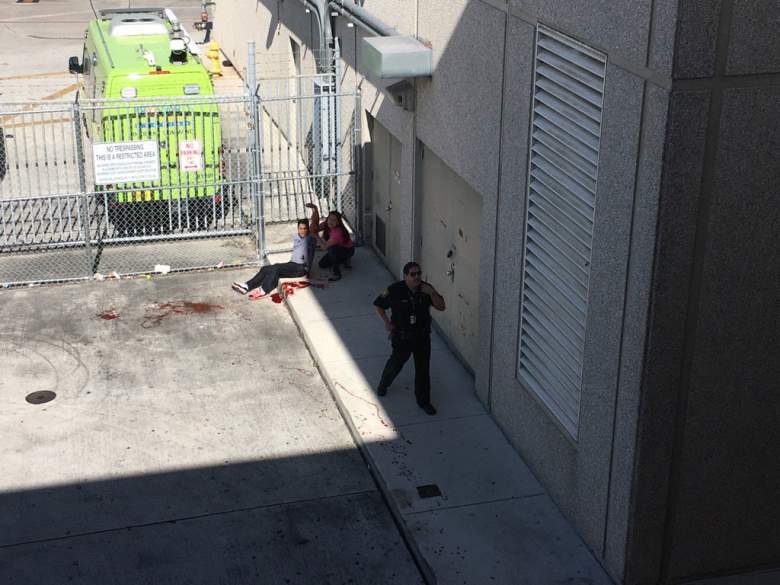