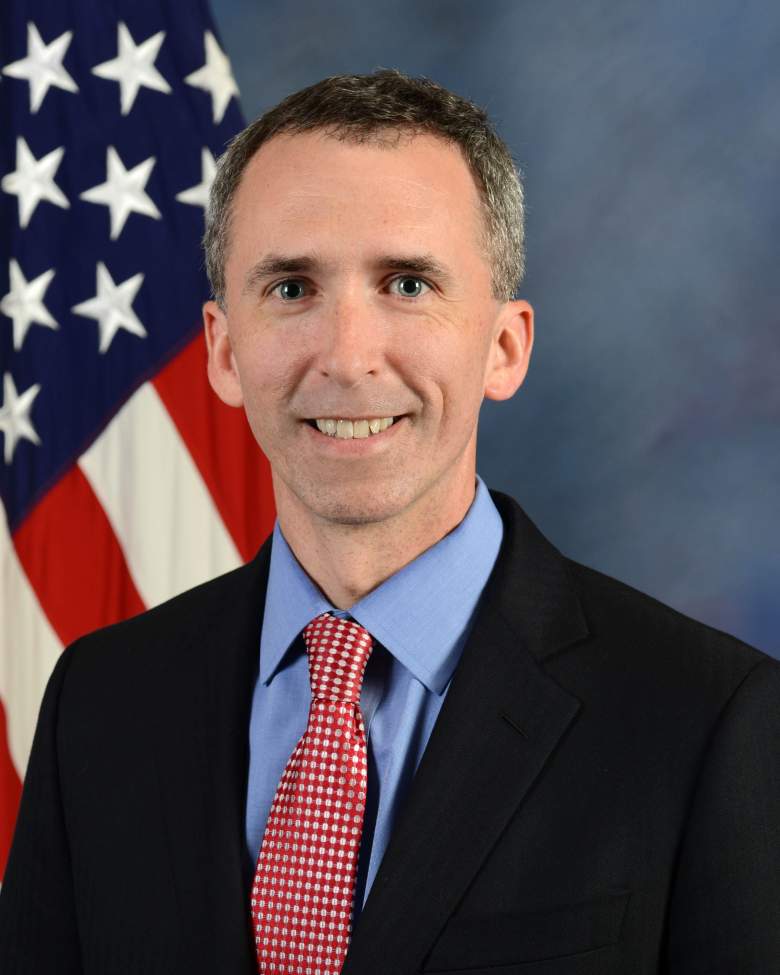 Marcel Lettre is the Under Secretary of Defense for Intelligence. (Defense.gov)

Marcel Lettre, under secretary of defense for intelligence at the U.S. Department of Defense, will be testifying on Capitol Hill today.

During this hearing, intelligence officials will answer questions about Russia’s role in the 2016 presidential election. They will be questioned by Senator John McCain, who serves as the chairman of the Senate Armed Services Committee.

This comes as President-elect Donald Trump publicly doubts that Russia had any role in the hacking of emails from the Democratic National Committee.

Here’s what you need to know about Marcel Lettre.

1. He Was Nominated By President Obama & Confirmed in December 2015 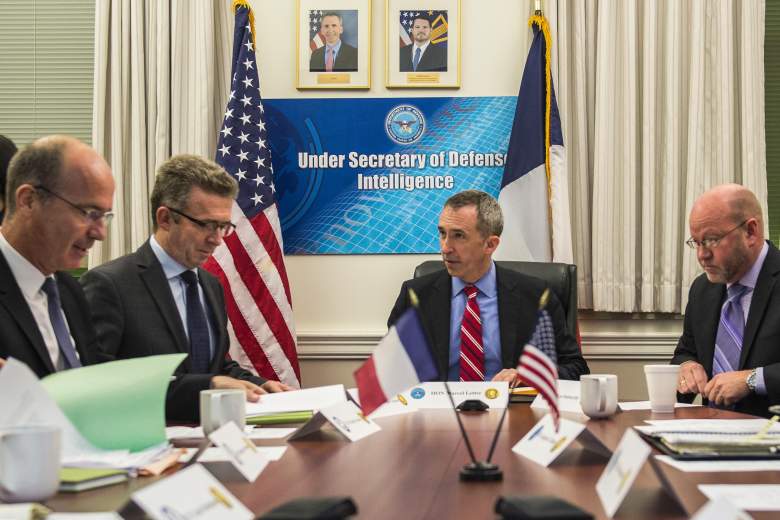 Marcel Lettre has held his current title of under secretary of defense for intelligence since December 2015; he was nominated by President Barack Obama and unanimously confirmed by the United States Senate that month.

In this position, Lettre serves as the primary intelligence advisor to Secretary of Defense Ashton Carter. On behalf of the secretary of defense, he directs all organizations encompassed within the Department of Defense, including the National Security Agency and the Defense Intelligence Agency.

He also oversees the Military Intelligence Program, the intelligence branch of the United States Army.

Lettre has been working for the secretary of defense in some form or another for the entire length of the Obama administration. He will be stepping down from his current position this month.

2. He Previously Worked for Harry Reid 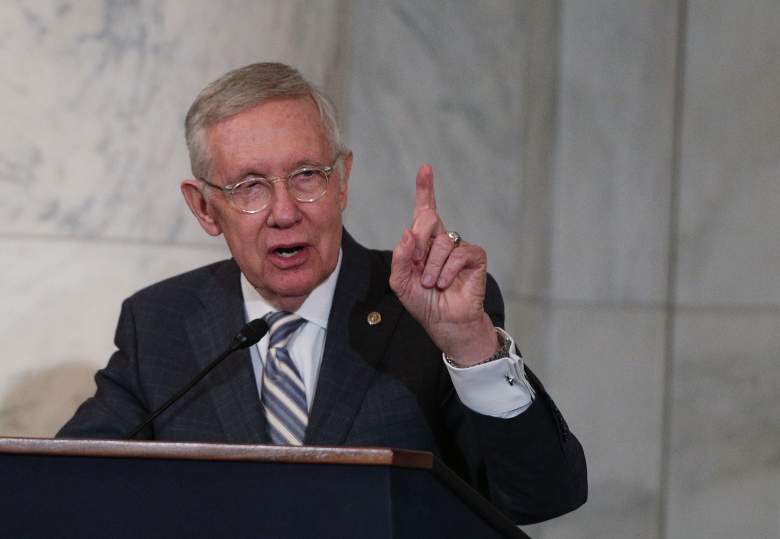 Before taking on a role within the Defense department, Lettre served as senior defense and intelligence advisor to Harry Reid from 2005 to 2009. He was with Reid before he became Senate Majority Leader.

In this position, Lettre helped with the passage of national security legislation and the annual defense and intelligence authorization bills, according to his profile on the U.S. Department of Defense website.  He also worked on the confirmation of defense officials.

3. He Identifies Countering Russian Aggression as an Important Focus 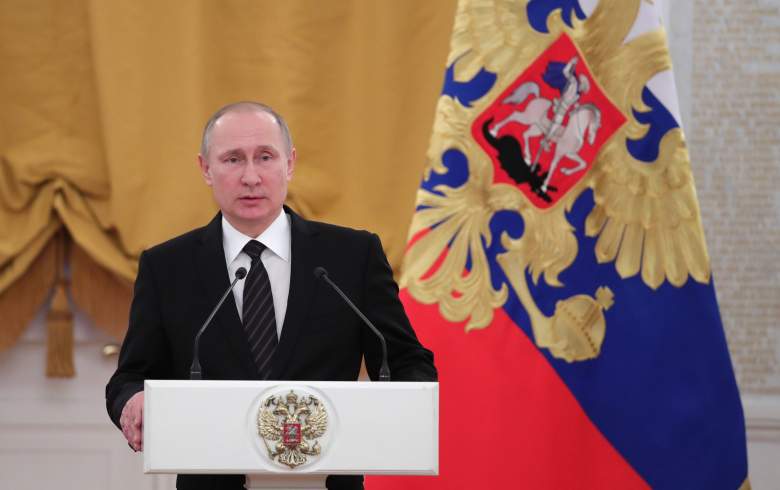 In a conversation with Intelligence and National Security Alliance, Lettre said that countering Russian hybrid aggression is one of his focuses as under secretary of defense for intelligence.

Of course, this is in addition to countering ISIL.

“The most important contribution that I hope defense intelligence will make continues to be the support to current operations, and countering ISIL in particular,” Lettre said. “The threat from ISIL remains significant both in the stability to the Iraq/Syria theater but also the challenge it poses as it metastasizes in other parts of the globe.”

He also said that some of his other priorities are the Asia-Pacific rebalance, security in Afghanistan, counterproliferation challenges from Iran and North Korea, and cyber defense operations.

4. He Is Married & Has Two Children 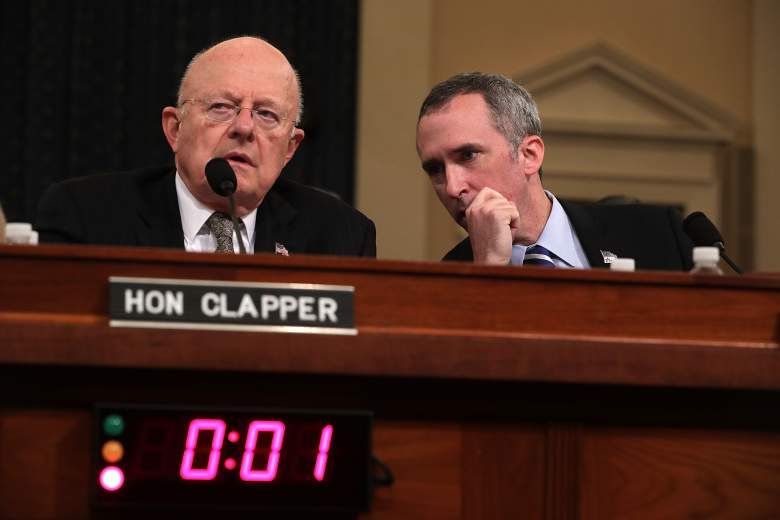 James Clapper and Marcel Lettre appear during a hearing before the House Select Intelligence Committee November 17, 2016 on Capitol Hill. (Getty)

According to All Gov, Lettre’s wife is named Simmons, and the couple has two daughters.

Lettre is an avid outdoorsman and hiker, and he once backpacked the 2,100 Appalachian Trail, according to his profile on the U.S. Department of Defense website. During his opening statement on Capitol Hill today, he joked that it will be nice to have more free time to ski this February after he steps down from his position.

Lettre was born August 9th, 1972 in Gainesville, Georgia, according to All Gov. He grew up in a military family, as he is the son of a former Army officer. He graduated from the University of the South-Sewanee in 1994 with a B.A. in political science, and he later earned a master’s degree from the John F. Kennedy School of Government at Harvard University.

5. President-Elect Donald Trump Has Questioned the Conclusions of Intelligence Experts 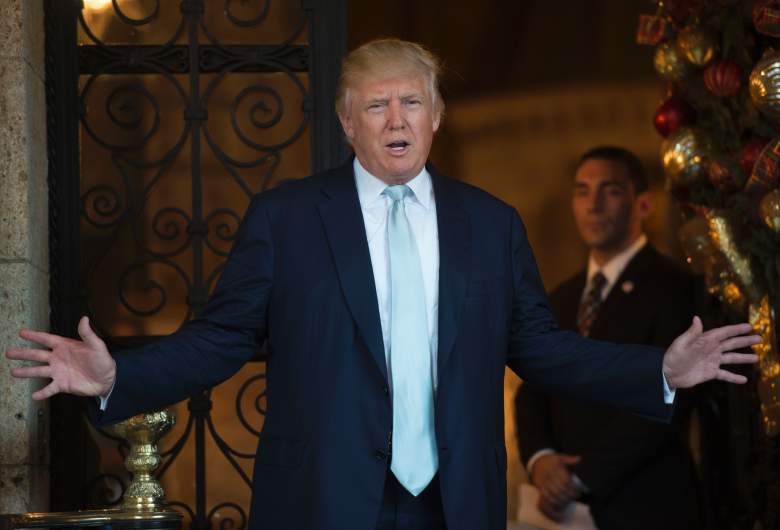 President-elect Donald Trump has repeatedly questioned the conclusions of the U.S. Department of Defense and of Intelligence officials.

On Twitter, he recently accused intelligence officials of putting off a meeting in order to build a stronger case, even though the meeting was reportedly always scheduled for Friday, according to The New York Times. Trump also derisively put “Intelligence” in quotes.

This morning, though, Trump said he is a big fan of intelligence.

The dishonest media likes saying that I am in Agreement with Julian Assange – wrong. I simply state what he states, it is for the people….

to make up their own minds as to the truth. The media lies to make it look like I am against "Intelligence" when in fact I am a big fan!

In a joint statement released on Thursday, Marcel Lettre, James Clapper, and Michael Rogers said that the Russian government itself was behind the hacking of the Democratic National Committee, according to CNN.

“We assess that only Russia’s senior-most officials could have authorized the recent election-focused data thefts and disclosures, based on the scope and sensitivity of the targets,” the statement read.
Read More
Breaking News, Donald Trump, Politics
Marcel Lettre, under secretary of defense for intelligence at the U.S. Department of Defense, will be testifying on Capitol Hill today.