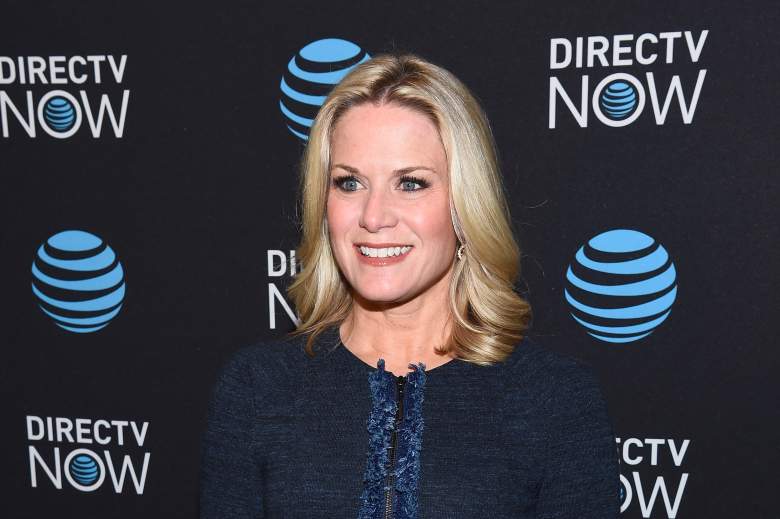 Martha MacCallum is a Fox News anchorwoman whose name was on the short list to replace departing star Megyn Kelly, who left the network for NBC News. Although Tucker Carlson took Kelly’s spot, Fox is elevating MacCallum’s profile by giving her a new show.

Carlson is taking over Kelly’s 9 p.m. time slot, and MacCallum will take over the 7 p.m. slot that Carlson used to occupy.

MacCallum, who has been at Fox News for more than a decade, has a long pedigree in television news reporting and finance.

Politico reported of potential Kelly replacements: “…an internal hire like ‘America Newsroom’ anchor Martha MacCallum or Fox Business Network anchor Trish Regan, both of whom have experience on larger stages as debate co-moderators, may fit the bill.”

New York Magazine also included MacCallum, 52, on the list, saying, “The one thing Fox insiders are in agreement on is that whoever replaces Kelly will be a pro-Trump conservative.” In the end, that conservative proved to be Carlson, but viewers will be seeing more of MacCallum too.

She joined the FOX News Channel in January 2004, Fox said. She moderated two presidential debates for the network (and, unlike Kelly, did not cause great controversy in doing so).

The network said she has also covered such stories as the Michael Brown shooting in Ferguson, Missouri; the 2011 Royal Wedding of Prince William to Kate Middleton; and the threat of ISIS. On Instagram, MacCallum mostly posts photos on the job.

Kelly jumped ship from her Fox News’ show, Kelly File, after months of speculation and controversies, including reported feuds with other hosts and Donald Trump.

“Kelly will become anchor of a new one hour daytime program that she will develop closely with NBC News colleagues,” the NBC News announcement of her hire said. “The show will air Monday through Friday at a time to be announced in the coming months. As part of the multi-year agreement, Kelly will also anchor a new Sunday evening news magazine show and will become an important contributor to NBC’s breaking news coverage as well as the network’s political and special events coverage.”

2. MacCallum Married the Vice President of a Packaging Company

The wedding announcement in the New York Times said that MacCallum was then 28 and Gregory was 29. The announcement said she was “an associate in corporate relations at Dow Jones & Company in New York” at the time who had “graduated from St. Lawrence University and studied at the Circle in the Square Theater School in New York. She is a founding member of the Miranda Theater Company in New York.”

Her father was the manager of corporate-industry relations for the International Business Machines Corporation in Montvale, N.J. and her mother was a New Jersey realtor, the announcement said.

Thanks for your service Dad! #Vets pic.twitter.com/kMNE0maOle

The wedding announcement said that Gregory had “graduated from Villanova University. He is the vice president of Gregory Packaging Inc. in Newark. His father, now retired, was the company’s founder and president.”

The couple has three children.

3. MacCallum Held Many Other Positions in Television & Business Journalism Before Joining Fox 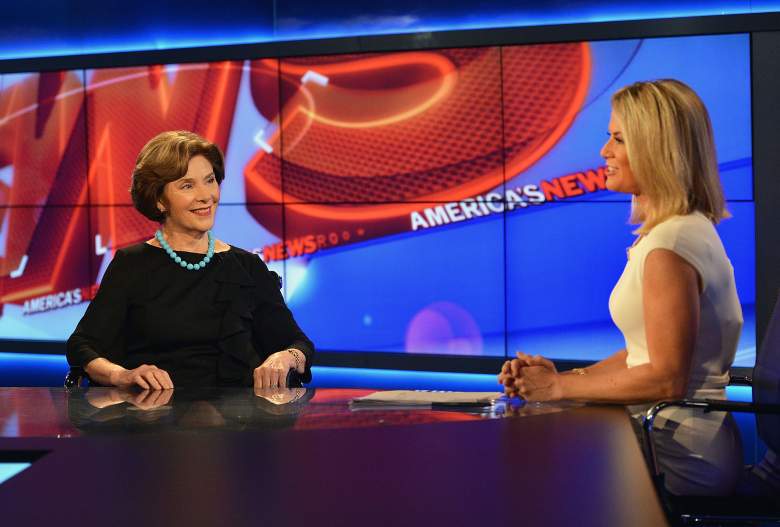 According to Fox, MacCallum held positions at NBC before joining the network. That would make her selection ironic if Fox replaced Kelly with her, since Kelly jumped ship for NBC News.

“MacCallum served a variety of positions at NBC from 1997 to 2003. She was co-anchor of CNBC’s Morning Call with Martha MacCallum and Ted David and was the anchor of CNBC’s Checkpoint, an evening news program focusing on the war against terror and the Iraq war,” Fox says in its bio of MacCallum. “A frequent contributor to MSNBC’s The News with Brian Williams, NBC’s Today, NBC affiliates and CNBC World, MacCallum also created the series Inside the Business for Business Center.”

Before that, MacCallum worked in local television in New York. “Before joining CNBC, MacCallum was an anchor and reporter for WBIS-TV (ION-31), a sports and business network in New York in 1996. Prior to that, she was a business correspondent at Wall Street Journal Television where she anchored The Wall Street Journal Report, World Market Outlook and Business USA from 1991-1996. She began her career as a reporter for Corporate Finance magazine,” reported Fox.

She has a B.A. in political science from St. Lawrence University, Fox said.

4. MacCallum Has a Home in Cape Cod

In 2014, MacCallum granted Country Living an inside peek into her new Cape Cod home, a “shingled Colonial” in Chatham, Massachusetts. The magazine said that MacCallum and her husband, who were based in New Jersey, wanted to fix the home up by Thanksgiving.

They reupholstered furniture the family already owned and hit up garage sales for antiques, the magazine reported.

Fox announced that MacCallum will launch a new show called the First 100 Days, which will follow Trump’s first 100 days in office as president.

Rupert Murdoch, the executive chairman of 21st Century Fox, said in a statement, “Martha is a versatile and skilled anchor who has proven to be an essential component of our news programming. For the last 12 years, our viewers have trusted her reporting and we are pleased she will be part of our primetime line-up for the first 100 days of the new presidency.”

In addition to MacCallum and Regan, the other candidates who routinely made Kelly replacement short lists are anchorwoman Kimberly Guilfoyle, who, like Kelly, is a former lawyer; Sandra Smith; and Shannon Bream.

Both Regan and Smith are journalists at Fox Business Channel; they were co-moderators of the GOP undercard debate. Regan is a former Miss New Hampshire. 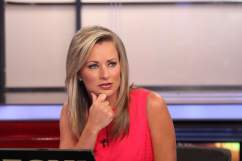 Read More
Breaking News, Fox News, Megyn Kelly
Martha MacCallum is a Fox News anchorwoman who was on the short list to replace Megyn Kelly. She is now getting a new show in the 7 p.m. slot, and Tucker Carlson will take over at Kelly's time.