UPDATE: Brian and Megan Casey, presumed dead after a private plane crash in Ohio. Megan was a Freshman at UW-Madison @fox6now pic.twitter.com/iciHJQJ6Nd

A University of Wisconsin-Madison freshman studying to be a nurse has been identified as one of the victims in a small plane crash over Lake Erie.

Megan Casey, 19, was on the small private airplane with five other people when it’s believed to have plummeted into the lake the evening of December 29 shortly after takeoff. All are presumed lost. On January 6, authorities announced that “Divers recovered the cockpit voice recorder, pieces of debris and possible human remains” from the airplane, reported CNN..

The others on the plane were Megan’s father, Brian, and the Caseys’ neighbors in Ohio, John Fleming, his wife, Sue, and the Flemings’ two teenage sons.

John Fleming was the CEO of an Ohio beverage company.

1. Megan Belonged to a Sorority & Was Studying Nursing

In March, a friend wrote on a photo of Megan in front of the UW-Madison School of Nursing, “You will be the best nurse ever!” The University of Wisconsin-Madison confirmed that Megan was a student there.

“In the short time she was on our campus, Megan was a friend to many and was pursuing a career in nursing,” said Dean of Students and Vice Provost for Student Life Lori Berquam in a statement from the university. ”Our thoughts are with her family and friends.”

Before coming to Madison, Megan attended Olentangy High School in Dublin, Ohio, the statement said. She was a resident of University Housing and participated in a sorority. 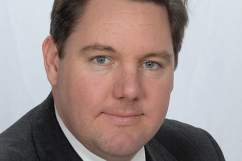 2. Megan Was Described as Genuine & Having a Bright Future

One woman wrote on Facebook, “She is a friend & classmate of my daughter. Please keep the family in your thoughts & prayers ??.”

Another woman wrote: “Please join me in praying for the Fleming and Casey families. I have known Megan Casey since second grade and she is one of the kindest and most genuine girls I know. She has such a bright future ahead of her. Hoping that she and the others are found soon.”

In a statement released through the university, Megan’s surviving family said Megan and her father were “loving, caring, remarkable individuals. Our family greatly appreciates the dedicated efforts of the rescue and recovery teams, and we are especially thankful for the outpouring of support thoughts and prayers from family, friends and the community.”

According to NBC 15, the plane was returning home from a Cleveland Cavaliers game when it vanished over the lake.

One friend of the Caseys wrote on Facebook: “My family returned home Friday night only to receive a text message informing us of the tragedy involving the Casey family. My heart and mind turned to Jesus and to the family who is going through such heartache. I have gotten to know Sharon over a shared love of horses at the barn. She is the kind of person you want to be around, the kind of person you hope to see when you walk in; always a smile on her face and always so kind. My heart breaks for her and her children. I pray that Jesus surrounds them and holds them up through the coming weeks and months. I know Brian and Megan are rejoicing together in heaven this day in the arms of Jesus.”

3. John Fleming Was a Well-Known Company CEO in Ohio

Still no sign of family from Columbus whose plane went down near Burke last night. Coast Guard will search until 7:30 tonight @wkyc pic.twitter.com/iOOzZYbqCT

The person piloting the plane was Megan’s neighbor in Ohio, Fleming, a well-known local CEO. Fleming ran Superior Beverage Company; the company website describes it as providing “Ohioans with the finest beverages in the state, with roots that date back to 1922.”

“With over 650 associates, we service 37 counties in Northeast and Central Ohio. Superior Beverage Group represents a world-class portfolio of over 500 wine, beer and non-alcoholic beverage brands. Superior delivers to over 12,000 retailers with unsurpassed customer service,” the website says.

Fleming’s father told the news media that his son was an experienced pilot (he updated his pilot’s license in 2015, reported WKYC). 10TV reported that “the aircraft took off westward from Burke, then turned north across the lake.”

4. A Bag Belonging to One of the Passengers Was Recovered but the Plane Is Missing

The U.S. Coast Guard is still searching for the plane in the lake, as well as debris from it. A bag was recovered that is believed to have belonged to one of the passengers.

NewsNet5 reported, “There have also been multiple reports of debris washing ashore east of Burke Lakefront Airport, where the plane took off.” However, that debris has not been confirmed as coming from the plane.

5. The Plane Quickly Lost Altitude Over the Lake

The plane took off at 10:50 p.m. December 29 for the Ohio State University in Columbus, “where the plane is housed at the airfield hangar,” according to WKYC.

The plane “quickly lost altitude” after taking off from a Cleveland, Ohio airport, reported the Associated Press.

John Fleming, 46, was piloting the airplane, and it vanished about two miles out over Lake Erie, said the AP. The AP said a flight tracking service noticed only three pings from the plane and “the last one indicated rapid altitude loss.”