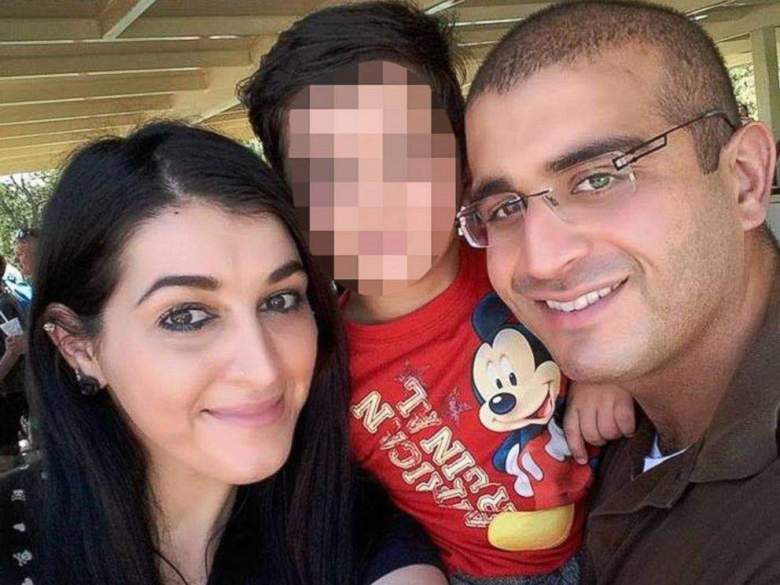 Omar Mateen’s wife, Noor Salman, was arrested today by the FBI, The New York Times reported. Her husband killed 49 people and wounded 53 others at Pulse, a gay nightclub, in June. At the time, she said that she had driven him to Pulse before and had tried to talk him out of the attack, but also hadn’t warned anyone.

1. Noor Salman Was Charged with Obstruction, One Source Said

2. Omar Mateen’s Wife Was Arrested Outside Her San Francisco Home

The arrest was made Monday morning outside her home in San Francisco, The New York Times reported. Her husband had been killed during the attack. She was interviewed by investigators afterward, and some believed she wasn’t telling the truth. Her first appearance will be on Tuesday in San Francisco federal court.

In an interview with the New York Times in November, she said that Mateen was a “gentle spirit” before they were married, but after they married he became angry, sometimes punching her, pulling her hair, or even choking her. She was afraid to leave him, she said, because she worried he would get custody of their son.

3. There Were Rumors that Omar Mateen’s Wife Was Missing After the Pulse Shooting

At one point, there were rumors and conspiracy theories floating around the Internet that Omar Mateen’s wife, Noor Salman, was missing or in witness protection. Mateen had added her to his life-insurance policy and given her access to his bank accounts. In June, shortly after the shooting, Omar Mateen’s dad, Seddique Mateen, told press that Salman was “no longer here” and no longer in the area, when people approached the Fort Pierce home where the family had lived. Deputies who came to the house didn’t comment. In a press conference that week, Attorney General Loretta Lynch said that Salman’s location wasn’t known. A reporter asked if she had left Florida, and Lynch said: “Right now, I don’t know exactly the answer to that. I believe she was going to travel but I do not know exactly her location right now.” The statement sparked an Internet rumor that she had left the country.

4. Salman Had Told FBI The She Drove Mateen to Pulse Once Before, But Later Said She Didn’t Know His Plans

Salman had told FBI that she had driven Mateen to the nightclub before the shooting and had tried to talk him out of the attack. Officials in June told NBC News that they were thinking about filing criminal charges against Salman for not reporting her husband’s plans. NBC said she had been with Mateen when he bought ammo and a holster.

However, in November in an interview with The New York Times, Salman said she had no idea that Mateen had plans to attack the nightclub.

I was unaware of everything. I don’t condone what he has done. I am very sorry for what has happened. He has hurt a lot of people.”

5. She Moved Many Times After the Shooting, Trying to Hide from the Media

Because of all the press surrounding her husband’s attack, Salman moved and tried to keep her new location quiet. In an interview with The New York Times in November, Salman said she had moved three times since the attack in an attempt to avoid the media. She asked them to keep her newest location secret. She said she lived in fear of what she would see on the TV and had to rely on family members to take care of her son.

We will update this story as we have more information.

Read More
Breaking News, Omar Mateen
Omar Mateen's wife, Noor Salman, was arrested today in connection with the Pulse shooting in Florida. Where has she been all this time?