At least six people were reported shot dead and as many as 19 were injured — five critically — when a gunman opened fire on a crowd of around 40 people at a mosque in Quebec City.

Canada Prime Minister Justin Trudeau ruled the incident a “terror attack” in a statement. He wrote, “It was with tremendous shock, sadness and anger that I hear of this evening’s tragic and fatal shooting at the Centre culturel islamique de Quebec located in the Ste-Foy neighbourhood of the city of Quebec.”

Reuters initially reported that there were two gunmen that opened fire on those attending evening prayers at Quebec City Islamic Cultural Center in the Sainte-Foy neighborhood.

The two arrested by police were identified by The Associated Press as Mohamed el Khadir and Alexandre Bissonnette. It was later reported by La Presse that the name of the latter is actually Mohammed Belkhadir — not Mohamed Khadir as it was first reported by numerous outlets.

But police in Quebec noted that following the investigation Belkhadir is now “considered a witness” and all potential charges against him have been dropped.

BREAKING: Quebec police now say just 1 of the individuals arrested in connection with Canada mosque attack is considered a suspect.

Here’s what you need to know about Quebec City Islamic Cultural Center:


1. The Mosque Has Been the Target of Vandalism in the Past

In June 2016, a pig’s head was found at the Quebec City Islamic Cultural Center, which led to a full police investigation. The head was wrapped in cellophane and had ribbons attached to it. The center posted on its Facebook page following the incident with the images of the head and the caption “bon appetit.”


Eating pork is prohibited in the Islamic religion and the head was found at the center during the holy month of Ramadan. The center’s president, Mohamed Yangui, told CBC News:

We love everyone. We have no problem with anyone and we respect people. We hope it’s mutual. And we are always here to give the image of the good Muslim to all Quebecers.

Nobody was ever arrested following the incident.

Mosques in the Motreal area have been subjected to vandalism in the past.

In 2012, two cars were unsuccessfully attempted to be set on fire in the parking lot of a Quebec mosque — Outaouais Islamic Centre in Gatineau.

In 2014, the Huffington Post reported that vandals put stickers saying “Islam out of my country” on the doors of three mosques in Quebec. 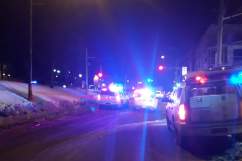 2. The Mosque Has an Expansion Project in the Works

The mosque is in the second phase of an expansion project, geared at raising about $3.75 million for the project. Part of the project has been funded for by $900,000 donations and the project is about 1/3 of the way to its goal. According to McGill.ca, there has been a big expansion of members to the Muslim community in Montreal, with many mosques being added to the community in recent years.

The website said there are “some hundred thousand” Muslims living in Greater Montreal.

In 2004, the Islamic Centre of Quebec was nearing completion, and since then, it’s grown and requires an extensive expansion project at the center, according to its website. 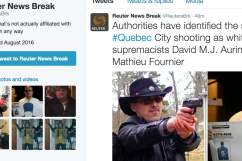 3. The Islamic Centre of Quebec Offers Many Activities to Members

An earlier photo of a portion of the Islamic Cultural Centre in Quebec City that was attacked by multiple gunmen tonight. God help us pic.twitter.com/HStvrlGkft

As noted on its website, the Islamic Centre of Quebec was first established in 1965. The website states it was created “by virtue of an act of the National Assembly of Quebec.” It is the “first and foremost” Islamic organization in Quebec.

The center serves a “Muslim population of more than 75,000,” the website said in its About Me category. It added that members are “dedicated to meeting the spiritual, social and educational needs of Muslims in Quebec.”

In addition to saying that it’s “committed to promoting better understanding of Islam to non-Muslims,” the center provides a lot of different programs and activities for its members.

The list includes: Islamic education, youth activities, social services and activities, welfare support and help for the needy, performing marriages and has a library, book store and much more. 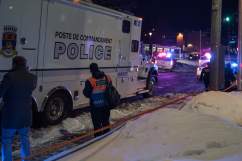 Deepest condolences to the families of the victims at the Quebec City Islamic Cultural Center. Heartbreaking.https://t.co/aQp8J78dWn pic.twitter.com/2yvrtNMEvk

The center remains active in sharing the “values of being a Muslim,” its website stated.

In addition to various educational programs and classes, the center says that “Islam lays great importance on the actions and behaviours or an individual.” Because of that mission, the membership often goes out of its way to share its vision with others, no matter of their criminal background.

The ICQ’s website states that “whenever a member of the community commits a criminal act and is sent to prison, a representative from the ICQ visits the prisons to help guide the inmates in the virtues of good deeds, forbearance and responsibility of his actions in the light of Islam.”

5. The Surrounding Community Has Rallied for the Centre

During a celebration of Canada Day on July 1, 2016, an event was held in the parking lot of the center. The event led to some complaints being posted on Facebook, CTV News reported. Many of those who complained about the event had said that a Canada Day celebration “shouldn’t take place in a religious institution.

The news report said that many people showed up for the events, which included a swearing-in ceremony for new Canadians.