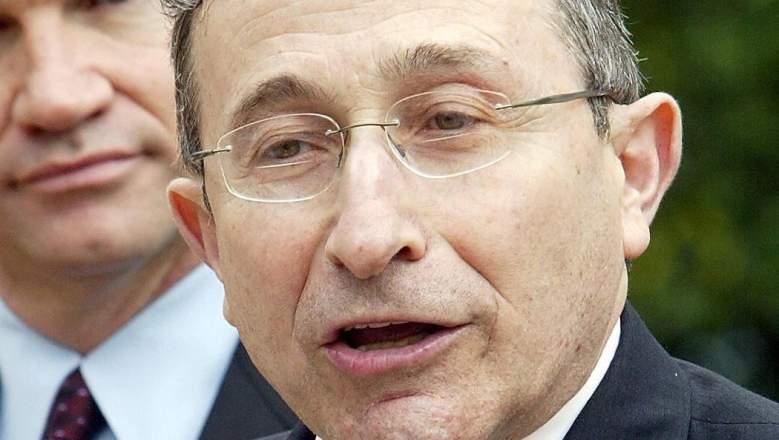 LRabbi Marvin Hier (R) speaks about the film “The Passion Of The Christ” as Pastor Ted Haggard, president of the National Association of Evangelical Christians, looks on.(Getty)

A well-known California rabbi who runs a tolerance museum is one of the religious leaders who will say a prayer at Donald Trump’s Inauguration.

Hier runs a museum of tolerance, but he’s also accused President Barack Obama of being an anti-Semite.

Hier will join a group of religious leaders from other faiths as the 45th president takes the oath of office. However, not everyone is happy that he agreed to participate.

1. Hier Was Worried That Refusing to Say the Prayer Would Harm Jewish People

The rabbi told Haaretz that “he accepted the invitation to say a prayer at Donald Trump’s inauguration on Friday in part because refusing it would cause ‘ill will’ toward Jews among the American public.”

Hier also felt it would be rude to turn down the invitation, reported Tablet.

“It’s a great honor, but even before that, it’s my duty to attend the event. I was taught by my father that…’graciousness is paramount’—and it would have been rude and unkind to turn down this invitation,” Tablet quoted Hier as saying.

I also talked to Rabbi Marvin Hier about the backlash he received, after accepting the invitation to participate in the #inauguration. pic.twitter.com/uFYSdC7OCf

According to the Daily Caller, the center that Hier runs published a list of “Top Ten Worst Global 2016 Anti-Semitic/Anti-Israel Incidents” that included Obama on it, and used the Twitter hashtag #TopTenAntiSemitic2016.

Haaretz reported that Hier disagreed with the decision by Civil Rights icon John Lewis and other Democrats in Congress who skipped the Inauguration.

The rabbi said that action “undermines democracy,” according to Haaretz.

3. Hier Is Friendly With Ivanka Trump’s In Laws, Who Are Jewish

Rabbi Marvin Hier Must Bow Out of the Trump Inauguration https://t.co/RSxO7Ms7JL pic.twitter.com/PuYeAU3DrO

The Tablet reports that one reason Hier might have agreed to say the prayer is because he has known the family of Ivanka Trump’s husband, Jared Kushner, for a long time.

The Kushners are Jewish. Tablet reported that Hier has known the Kushners for “decades.”

Hier is the dean and founder of the Los Angeles-based Simon Wiesenthal center, which is named in honor of the famed Nazi hunter. Hier’s biography at the center says, “In 1977, Rabbi Hier came to Los Angeles to create the Simon Wiesenthal Center, named in honor of famed Nazi hunter, Simon Wiesenthal. Under his leadership, the Center has become one of the foremost Jewish human rights agencies in the world, with a constituency of more than 400,000 families, and offices throughout the United States, in Canada, Europe, Israel and Argentina.”

In addition, Hier is a filmmaker. The center bio says, “Rabbi Hier is the founder of Moriah Films, the Center’s documentary film division, and has been the recipient of two Academy Awards™. Since 1981, he has been a member of the Academy of Motion Picture Arts and Sciences.”

4. Ivanka Trump’s Own Rabbi Previously Withdrew From Saying the Prayer

In July, Rabbi Haskel Lookstein, who oversaw Ivanka’s conversion, was asked to deliver the invocation at the RNC. pic.twitter.com/Ki0cgdWuLO

Time Magazine reported that Ivanka Trump initially asked her own rabbi to say the prayer, and he initially agreed.

However, that rabbi, Haskel Lookstein, later withdrew “from the speaking engagement following an outpouring of anger from his Upper East Side New York Jewish community,” Time reported.

Hier has also faced significant backlash for agreeing to say the prayer for Trump.

5. Hier Runs a ‘Museum of Tolerance’ in California 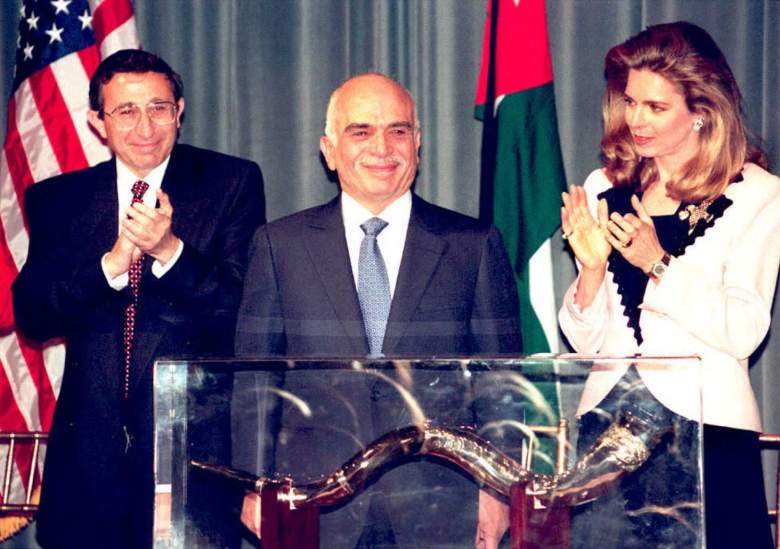 King Hussein of Jordan(C) listens to applause after being presented with the Museum of Tolerance Peace Award 24 March symbolized by the ram’s horn(shofar). On the left is Rabbi Marvin Hier, the dean and founder of the Simon Weisenthal Center, on the right is the King’s wife, Queen Noor. (Getty)

Some have seen Hier’s decision to appear at the Trump inauguration as oppositional to the message of his life’s work, which includes running a Museum of Tolerance in Los Angeles.

The museum’s mission statement says, in part, “…it is crucial for all of us to give new meaning to the word ‘tolerance’ and understand that our ability to value each and every person is the ethical basis for peace, security and intercultural dialogue.”

Loading more stories
wpDiscuz
3
0
Would love your thoughts, please comment.x
()
x
| Reply
Rabbi Marvin Hier is a Jewish religious leader who will say a prayer at the Inauguration of Donald Trump. He has come under criticism for doing so.