Convicted killer Ricky Gray was executed January 17 despite battle in court which sought to halt it from happening. The 37-year old was convicted of five charges of capital murder in August 2006 and had been in Sussex I State Prison since then. Gray and his nephew, Ray Dandridge were convicted of killing seven people in six days in Richmond, Virginia in 2016.

From Virginia Department of Corrections just now on the execution of Ricky Gray. pic.twitter.com/XeMLfYvErW

Here’s what you need to know about Gray and the execution:

The Harvey family of Richmond, Virginia, was murdered in 2006 by Ricky Gray. (Twitter)

On January 1, 2006, Kathryn and Bryan Harvey and their daughters, 4-year-old Ruby and 9-year old Stella, were killed in their home in Richmond, Virginia.

When responding units arrived on scene, the house was in flames and the family’s bodies were found in the basement. Firefighters and police found the family bound with electrical cord wrapped around their extremities and tape on their faces and brutal injuries, including burns from the blaze.

According to an autopsy, Bryan, the father, had his neck cut eight times with his mouth gagged and taped. There were lacerations to the back of his skull caused by a hammer.

The mother, Kathryn, was cut three times in her neck and chest and also died from blows to her head by a hammer.

The autopsy revealed that Ruby’s throat was sliced and her skull had been fractured and cut. She was also stabbed in the back “with enough force that the knife passed through her ribs and into her lungs,” the medical examiner found. Stella’s neck was cut six times and her head had been crushed by a hammer.

A forensic review by investigators recovered DNA on the items used and tied it back to Ricky Gray and Ray Dandridge.

Gray and Dandridge and Ashley Baskerville were driving around in Gray’s car the morning of the new year “looking for a house to rob.” The two men — Basketville was said to be sleeping in the car — saw a door open at the house and walked in, forcing the three of the family members into the basement. Stella, the 9-year old, wasn’t at home when the pair went into the house and they told the three of them that they would leave after they robbed the house. Gray then used electrical cords to tie and bind the father’s ankles.

The evidence and personal accounts in court found that Gray and Dandridge heard a noise on the first level, which was a family friend coming to the Harveys’ house to drop off Stella and her daughter from a sleepover. Kathryn, the mother, allegedly was allowed to greet the three, but told her friend she was “feeling sick,” and prevented her from dropping her daughter off, but letting Stella run downstairs.

Despite being told they would be freed, Gray, out of nowhere, took a razor knife and cut the throats of each family member. They didn’t die from the cuts, so Gray reportedly used a hammer and beat their heads in, pouring bottles of wine in the basement and starting a fire on an art easel. They then left the scene, and a friend of the Harveys came to the house for a a New Years Day party and noticed smoke emitting, so he called 911.

Cops received a tip that Gray was a suspect in the murders and was in Philadelphia. Police in Philadelphia got a search warrant on January 7, 2006 and located the van used in the murders. Police and SWAT teams, in searching the home, found several items that were property of the Harveys.

Gray and Dandridge were then interviewed by police and admitted to the murders, with Gray saying :

[I]t was a real nasty scene. How am I suppose[d] to explain something like what happened? I started cutting their throats and they kept getting up and they [were] scaring me.   I remember seeing the hammer and picking it up, and then ․ I was just hitting them all with the hammer.   All I know is nobody was moving when I left out there.

The confession went on to say that Gray was the only one to use hammers to attack the family.

Two days after murdering the Harvey family, on January 3, 2006, Gray and Dandridge robbed two men and a woman in their home and stole items. Then on January 6, 2006, Gray and Dandridge received a call from the parents of Baskerville, who said they suspected a friend of their daughter, Baskerville, The Chesterfield resident told police that Baskerfield’s “boyfriends” were involved in the incident.

Police searched the caller’s home and found many things related to the Harvey family’s case. They then went to the Baskerville-Tucker’s home, but found Ashley and her mother and stepdad dead. Similar to the Harvey murders, the three family members were found tied with tape and gagged, with their house being “ransacked.”

The three family members were laying dead after being slashed in the throat and then suffocated.

The two were found guilty of capital murder in late 2006 with Gray being sentenced to death, while Dandridge received life in prison for the Baskerville-Tucker murders. 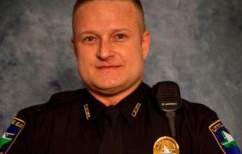 2. Gray Was Executed by Lethal Injection

#BREAKING: Ricky Gray, killer of Richmond family with ties to Va. Beach, was executed by lethal injection at 9:42pm https://t.co/Mn5KiKX8i2

According to the Virginian Pilot, Gray was executed at 9:42 p.m. Eastern on Jnuary 17 by lethal injection.

The process occurred at Greensville Correctional Center in Jaratt, Virginia, the Pilot reported.

NPR reported via the Death Penalty Information Center that the procedure was the “first known instance of any state using using a dose of the sedative midazolam that was procured from a compounding pharmacy rather than a pharmaceutical company.”

That was most of the reason that his attorneys filed their final appeal right before the execution took place. Gray sent a petition to the court for additional information on the use of the dosage. It argued that he “had a right to know more” about the injection. But, according to NPR, Virginia passed a law in 2016 which bans it from revealing any information about sales with compounding pharmacies.

Gray argued in his petition that the drug would not “sufficiently anesthetize him before the administration of the second- and third-stage drugs.”

One of the drugs in the injection, midazolam, has been “noted to fail putting prisoners unconscious during executions in three states.

The Supreme Court ruled with a 5-4 opinion that the sedative “does not violate the U.S. Constitution’s ban on cruel and unusual punishment.

Justice Samuel Alito wrote for the majority, saying in his statement:

First, the prisoners failed to identify a known and available alternative method of execution that entails a lesser risk of pain, a requirement of all Eighth Amendment method-of execution claims. … Second, the District Court did not commit clear error when it found that the prisoners failed to establish that Oklahoma’s use of a massive dose of midazolam in its execution protocol entails a substantial risk of severe pain.

It was the second time the measure was denied by the Supreme Court, NPR reported in 2015.

3. Gray’s Attorney Had Asked The Supreme Court For a Stay of Execution

BREAKING: The US Supreme Court has denied Ricky Gray's request for stay of execution. He'll be executed here at 9PM. #RVA pic.twitter.com/GBQUTmD157

When nearing his execution date, Gray and his attorneys asked the U.S. Supreme Court for a stay of execution, which had been scheduled for January 17. Fox News reported that Virginia Attorney General Mark Herring urged the court to deny the request.

It was an emergency request from Gray and his lawyers, which was after the 4th Circuit Court of Appeals denied the request.

The request to stay the execution came because Gray wanted to have an opportunity to pursue a challenge of the state of Virginia’s plans to use the lethal injection drugs. The attorneys had argued that the drugs would cause Gray a “painful death.”

But Herring argued that the use of the drugs for the execution were neither “novel nor experimental.” Earlier in the day, the Supreme Court honored Herring’s request and denied the stay of execution earlier in the day January 17.

Prior to the request, Gray’s lawyers and others tried to petition Virginia Gov. Terry McAuliffe to be granted clemency and instead serve a prison term for life, WTVR in Virginia reported.

4. After Confessing to The Murders, Gray Said He ‘Just Wants to Die’

Shortly after his arrest, Gray confessed to murdering the seven people and told police, “I just want to die,” the Richmond Times-Dispatch reported.

Gray was apologetic in court and to authorities following his arrest for the murders. According to a statement released by his lawyers Wednesday, Gray said:

Remorse is not a deep enough word for how I feel. I know my words can’t bring anything back, but I continuously feel horrible for the circumstances that I put them through. I robbed them of a lifelong supply of joy. I’ve stolen Christmas, birthdays and Easters, Thanksgivings, graduations, and weddings, children. There’s nothing I can do to make up for that. It’s never left my mind, because I understand exactly what I took from the world by looking at my two sisters. I’m reminded each time I talk and see them that this is what I took from the world. You know, the potential for greatness in those kids. I’m sorry they had to be a victim of my despair.

Gray’s lawyers continued by saying that he was extremely apologetic for the crims when arrested and has felt great remorse since then. His attorney’s added that “he mourns the Harvey girls every day and he remembers them through his two youngest sisters, who are the same ages as Stella and Ruby would be today,” the Richmond Times-Dispatch reported.

The childhood of Gray was reportedly considered “horrific.”

Gray is said to have suffered child abuse when he was young, and over 50 mental health experts joined to send a letter asking Gov. McAuliffe to switch courses on Gray’s sentence, instead being sentenced to life in prison.

According the the accounts of the experts, Gray suffered “it also is beyond dispute that Ricky Gray was the victim of horrific sexual and physical abust — starting at a very young age and continuing throughout his childhood, which led to drug abuse, crippling addition, and ultimately criminal behavior.”

Among those who signed onto the letter are two ex-employees of Virginia’s Department of Behavioral Health and Developmental Services. The letter, dated January 10, read that McAuliffe and the court must “recognize the impact these factors had in Mr. Gray’s life.”

Gray Letter by Chris on Scribd

The jurors in his court case didn’t hear his childhood past in regard to the case, which the Richmond Times-Dispatch reported includes him being “raped and sodomized –sometimes on a daily basis” when he was 4-years old until he turned 11. 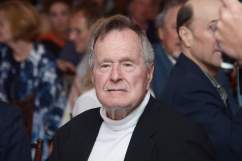 Read More
Breaking News, Crime, Virginia
wpDiscuz
11
0
Would love your thoughts, please comment.x
()
x
| Reply
Ricky Gray, convicted of murdering a family of four in Virginia in 2006, was executed January 17 after a battle for a stay of execution in the Supreme Court.