Judge Thomas Hardiman has emerged as one of Donald Trump‘s possible picks for the U.S. Supreme Court seat that will be vacated by the retiring Justice Anthony Kennedy. Hardiman, 53, was a finalist for the seat filled by Justice Neil Gorsuch in 2017 after the death of Antonin Scalia.

Hardiman and his wife, Lori Hardiman, have three children and live in the Pittsburgh area. As Newsweek points out, Trump’s sister, Judge Maryanne Trump Barry, is on the same court as Hardiman.

Here’s a look at Hardiman’s life and career.

1. Hardiman Was a Part-Time Taxi Driver to Pay for His Education & Is Not an Ivy League Graduate

Hardiman was born in Winchester, Massachusetts, a suburb located north of Boston. His father, Robert, owned a taxi cab company. Hardiman followed his father into that business briefly, in order to earn money for his education.

After graduating from Waltham High School, Hardiman attended the University of Notre Dame, earning a B.A. in liberal studies and Spanish, according to the Pittsburgh City Paper.

He returned home to earn more money as a cab driver before he headed to Washington D.C. to attend Georgetown Law. After passing the bar exam in 1990, he joined the law firm Skadden, Arps, Slate, Meagher & Flom. He met his wife, Lori Zappala, while at the firm and their relationship brought him to Pittsburgh, where her family is from.

According to the Federalist Society, Hardiman joined Cindrich & Titus in Pittsburgh in 1992 and he became a partner at age 30. He moved to Reed Smith LLP in 1999, where he was working when he became a judge in 2003. 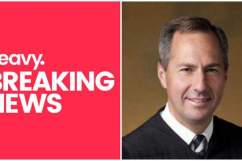 2. Hardiman Was Unanimously Confirmed by the Senate in 2007, 7 Months After He Was Appointed 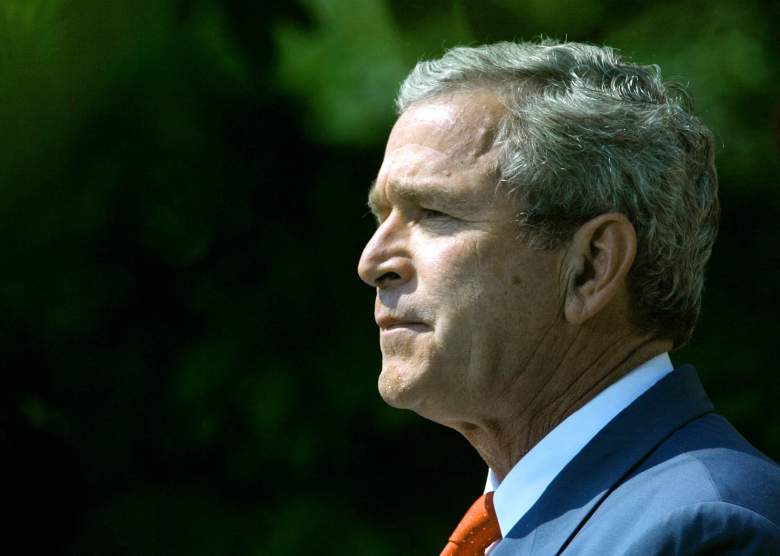 As Newsweek notes, in a December 2006 confirmation hearing, Hardiman said that he wouldn’t have a problem enforcing decisions from higher courts, even if he disagreed with them.

“I have no hesitation in applying a law regardless of what I might think about it,” Hardiman told the Senate Judiciary Committee at the time. “I think any good judge recognizes his or her place in our constitutional government, and that place is not to upset the will of the people as expressed through their elected representatives.” 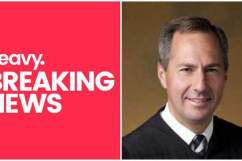 Thomas Hardiman & Abortion: Where He Falls on Roe v. Wade

3. Hardiman Ruled in 2010 That Strip-Searching All Arrestees Doesn’t Violate the Fourth Amendment 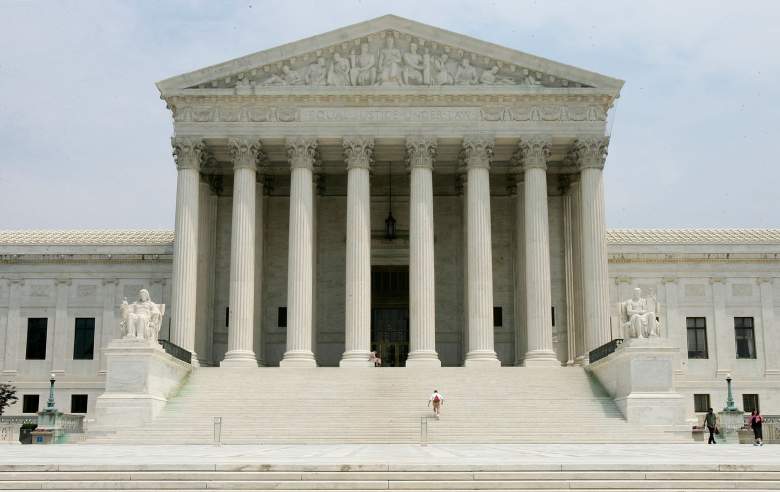 One of Hardiman’s most noteworthy cases is his ruling in Florence v. Board of Chosen Freeholders, which centered on a New Jersey jail policy of strip-searching all arrestees, no matter what the crime, before they join the rest of the jail’s inmates. Hardiman ruled that this did not violate the Fourth Amendment, which makes unreasonable search and seizures without a warrant unconstitutional.

“The Court applied a balancing test and concluded that the visual body cavity searches were reasonable because the prison’s security interest justified the intrusion into the detainees’ privacy,” the ruling reads.

The case reached the Supreme Court, which voted 5-4 to affirm the previous ruling.

In a 2014 case, Hardiman disagreed with other judges in the Third Circuit, who ruled that two Delaware prison officials couldn’t be sued for inadequate suicide prevention. He argued that they could be sued and the Supreme Court agreed, reversing the decision. 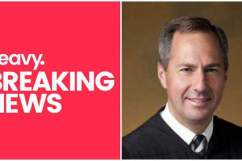 4. He Ruled That Criminals Convicted of Nonviolent Offenses Should Have the Right to Bear Arms 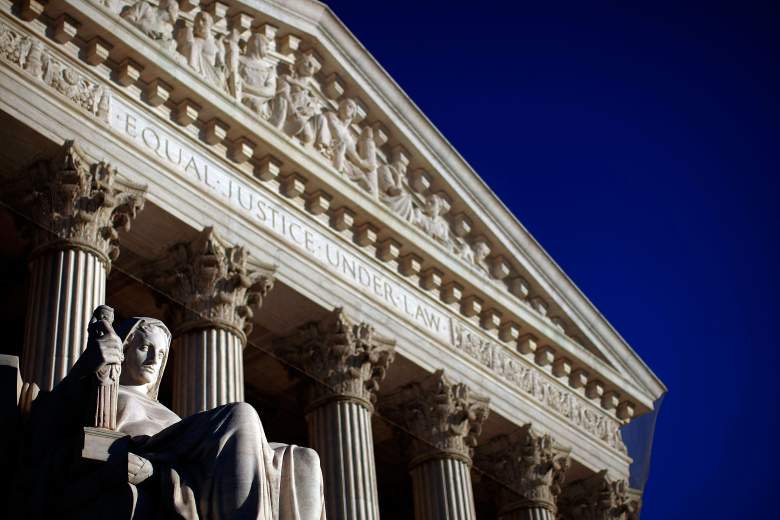 Hardiman has earned praise from gun rights advocates for his decisions. As NJ.com reports, Hardiman was the one dissenting vote in a Third Circuit ruling against a New Jersey man who challenged a state law that gun owners need to show a “justifiable need” to carry their weapon in public. The Supreme Court didn’t take the case, letting the New Jersey law stand.

In a 2016 opinion in Binderup v. Attorney General, ruled in favor of two citizens convicted of nonviolent felonies who wanted to carry weapons. Hardiman ruled that the Second Amendment right to bear arms could only be taken from violent convicted felons.

Hardiman wrote that, since the two citizens in the case have “demonstrated that their crimes of conviction were nonviolent and that their personal circumstances are distinguishable from those of persons who do not enjoy Second Amendment rights because of their demonstrated proclivity for violence, the judgments of the District Courts must be affirmed.”

“Because their personal circumstances are distinguishable from those of the class of persons historically excluded from Second Amendment protections due to their propensity for violence, Daniel Binderup and Julio Suarez fall outside the proper scope of the felon dispossession statute,” the ruling reads. 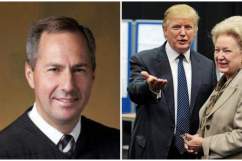 5. He Once Defended an Allegheny County Court Plaque with the Ten Commandments on It 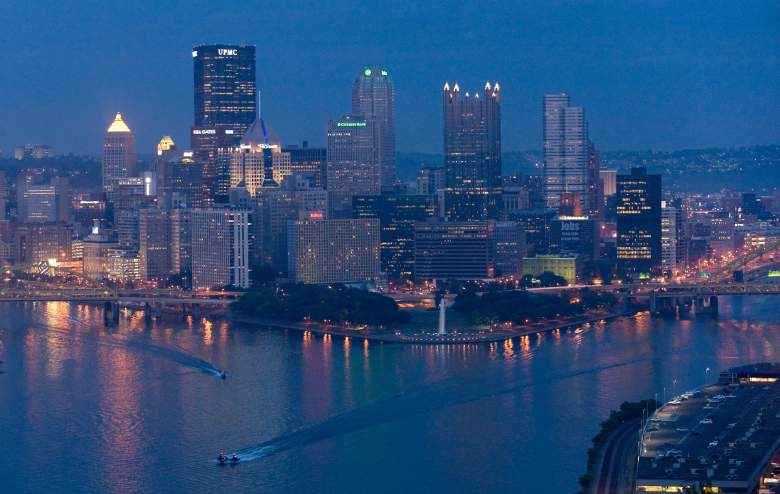 The Pittsburgh skyline in 2009. Hardiman has worked in the city since the early 1990s. (Getty)

During his days as a lawyer, Hardiman defended the Allegheny County, Pennsylvania, court house’s Ten Commandments plaque in 2000, according to Triblive.com.

The Pittsburgh City Paper reported in 2003 that two atheists sued the county to get it to pull down the plaque, saying it violated the separation of church and state. The case, Modrovich v. Allegheny County, ended with the county winning. The court ruled that the plaque, which had been there since the end of World War I, had become a historical landmark that didn’t insinuate that the State supported a particular religion.

After becoming a judge, Hardiman ruled in a First Amendment-related case, Kelly v. Borough of Carlisle (2010), in which Brian Kelly claimed his First and Fourth Amendment rights were violated by a police officer who arrested him for filming during a traffic stop. He ruled in favor of a previous ruling that found the First Amendment didn’t include any clear right to film a police officer. 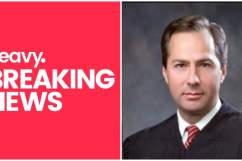 Loading more stories
wpDiscuz
0
0
Would love your thoughts, please comment.x
()
x
| Reply
Thomas Hardiman is the federal judge of the 3rd Circuit, which includes parts of Pennsylvania, Delaware and New Jersey and could be Donald Trump's SCOTUS pick.