With President Donald Trump’s first Supreme Court nominee choice looming, Trump’s press secretary is referring to the pick as a “he.”

If Sean Spicer’s slip of the tongue is accurate, that would mean that Trump is not picking Diane Sykes, the Chicago-based appellate judge from Wisconsin whose name has made a number of short lists in recent weeks.

According to The Chicago Tribune, Spicer said in a news conference that Trump has already chosen the nominee and is “100 percent sure he’s the pick.”

The Tribune reported that Spicer then seemed to catch himself and refer to the choice as the “individual.”

Sykes was the only woman routinely on the short lists and was on Trump’s list before the presidential election; the other three people who are on most lists are Appeals Court judges Neil Gorsuch, Thomas Hardiman and William Pryor.

Spicer’s comment means it’s likely one of those three gets the nod unless Trump pulls a surprise out of his hat and, since it’s Trump, that always remains a possibility.

Trump announced that he will reveal his choice to replace conservative stalwart Justice Antonin Scalia on Tuesday evening, January 31.

I have made my decision on who I will nominate for The United States Supreme Court. It will be announced live on Tuesday at 8:00 P.M. (W.H.)

He had originally said the pick was coming Thursday, but then moved it up. Some Democrats have said they will filibuster any Trump pick who is not Merrick Garland, the Barack Obama nominee bottled up by Republicans in Congress until after the presidential election.

Of the three, the outspoken Pryor would be the most controversial and is widely believed to be the toughest to confirm. However, he’s also received the opposition from some social conservatives for a decision he joined on a transgender rights case.

Pryor is based in Alabama and serves on the 11th U.S. Circuit Court of Appeals. He was nominated to his position by George W. Bush. 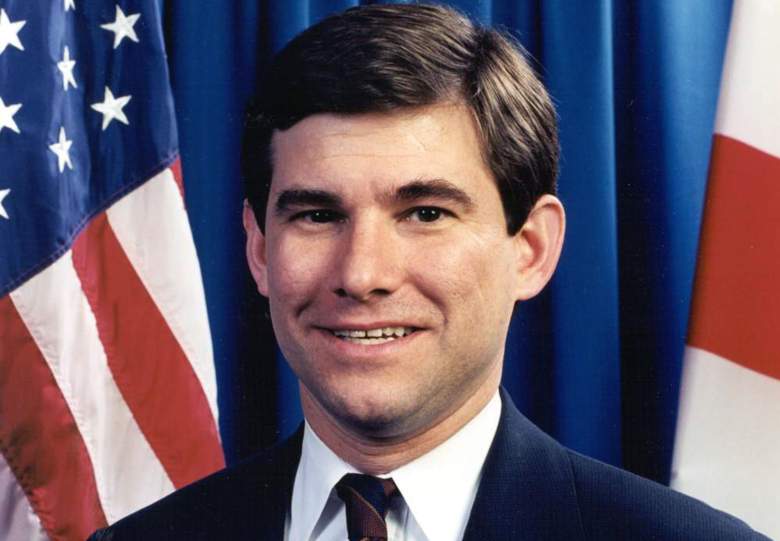 William Pryor is a judge for United States Court of Appeals for the Eleventh Circuit. (Getty)

Pryor had a harder time winning nomination than some of the other possibilities on the list. “Senate Democrats refused to allow a vote on his nomination, leading Bush initially to give Pryor a temporary recess appointment,” the AP reported. He was eventually confirmed on a 53-45 vote. That could signal that his nomination by Trump could provoke a clash.

Scotus Blog reports that Pryor, 54, “earned his B.A. from Northeast Louisiana University in 1984 and his J.D. from Tulane University Law School 1987.”

He was Alabama attorney general, when he became known for removing a chief justice who refused “to follow a federal court order to remove a Ten Commandments monument from the state Supreme Court building,” the blog reports.

He’s had other controversial moments; according to Scotus Blog, Pryor once wrote a legal brief defending a sodomy ban and called Roe v. Wade the “worst abomination in the history of constitutional law.”

Gorsuch is an appeals court judge from Denver, known for his eloquence in written opinions. Many lists have him as the front runner. According to the Los Angeles Times, Gorsuch is “a highly regarded conservative jurist best known for upholding religious liberty rights in the legal battles over Obamacare.”

Gorsuch clerked for Justices Anthony Kennedy and Bryon White and worked in the U.S. Justice Department during the tenure of George W. Bush, the Los Angeles Times reported. ABC News reported that several things make Gorsuch an appealing pick; he would be the youngest nominee in more than two decades, and he is not expected to have as big of a problem winning approval from Democrats because he was “confirmed by voice vote” after George W. Bush nominated him in 2006 to the federal bench.

According to ABC, Gorsuch “attended Harvard Law, and has a Ph.D. from Oxford, where he was a Marshall Scholar.” His mother, Anne, was once the head of the EPA.

The AP reported that Hardiman is a “colleague” of Trump’s sister, Judge Maryanne Trump Barry. According to the Pittsburgh Post-Gazette, Hardiman is a graduate of Notre Dame and Georgetown University Law School.

A professor of law at the University of Pittsburgh told the Post-Gazette, “He’s conservative, but not wildly so. That makes him confirmable.” The newspaper quoted another law professor as saying that Hardiman has not handled many high profile cases and the ACLU as saying he shows deference to government in decisions.

Loading more stories
wpDiscuz
1
0
Would love your thoughts, please comment.x
()
x
| Reply
Who is Trump's Supreme Court nominee pick? Sean Spicer says the choice is a "he," which rules out Diane Sykes and points toward Neil Gorsuch, Thomas Hardiman or William (Bill) Pryor.