Donald and Melania Trump have landed in Washington D.C. for the inauguration. You can watch video of them arriving in the nation’s capital above.

Trump will be sworn in on January 20, 2017 as the President of the United States. However, the inaugural festivities start on January 19. 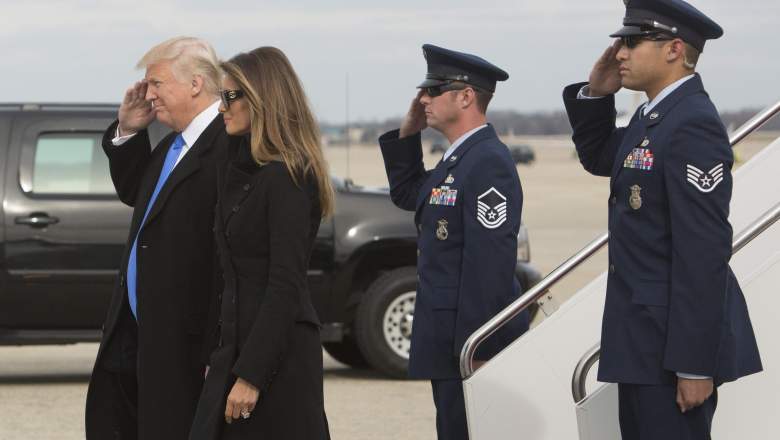 President-elect of The United States Donald J. Trump and first Lady-elect Melania Trump arrive at Joint Base Andrews the day before his swearing in January 19, 2017 in Maryland. (Getty)

The Trumps landed at Joint Base Andrews in Washington D.C.

The Trump children disembarked from the airplane first, starting with Barron Trump, followed by the older Trump children (Eric, Ivanka, Donald Jr. and Tiffany) along with their spouses and children. Other Trump family members were also there.

Then, Melania and Donald Trump exited the plane, briefly holding hands on the top of the staircase, before descending it. Melania was clad in a black suit dress, and Donald Trump was wearing a suit coat with blue tie. Donald Trump briefly waved.

Trump also gave a salute to a member of the U.S. Air Force.

The plane landed around noon on the East Coast.

Ivanka Trump, the president’s daughter, emerged holding one of her children and wearing a long green coat, leading people on social media to praise her sense of style.

Here’s another view of the Trump arrival:

The Trumps arrived in a military aircraft, and not the president-elect’s typical “Trump Force One” private jet. Time Magazine reported that the Trumps arrived on “board a U.S. Air Force C-32.”

Here’s another scene from the Trump arrival in D.C.:

According to AL.com, “Trump will be attending a leadership luncheon today (January 19) before traveling with Vice President-elect Mike Pence to Arlington National Cemetery for a wreath laying ceremony.”

Massive protests are expected throughout Washington D.C. as the Inauguration arrives, and security is heightened throughout the nation’s seat of power.

Here are more photos of the Trumps’ arrival in the Washington D.C. area for the Inauguration:

You can learn more about the Inauguration festivities and schedule here: 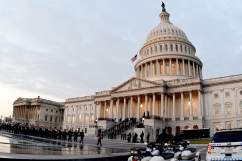 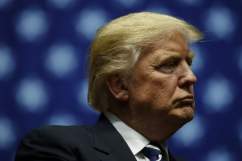 Donald Trump’s Inauguration Schedule: Where Trump Will Be Each Day

Loading more stories
wpDiscuz
2
0
Would love your thoughts, please comment.x
()
x
| Reply
Donald and Melania Trump and their family arrived in Washington D.C. on Thursday for the Inauguration. See videos and photos of their arrival. Trump gave a salute.