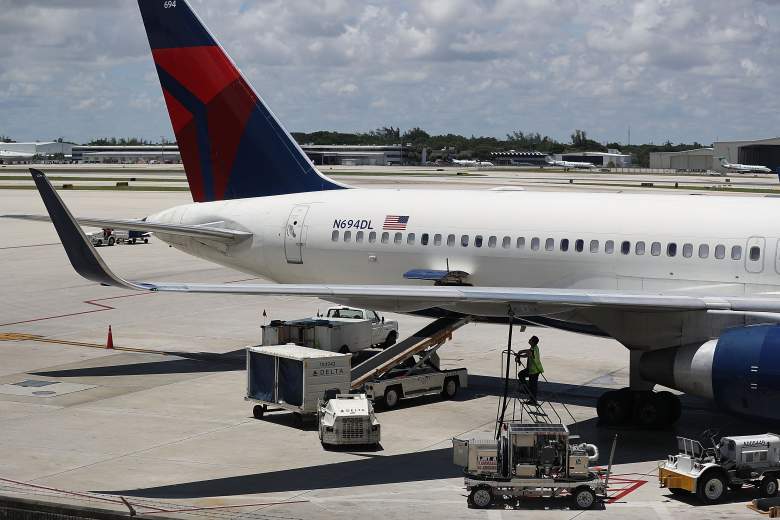 A plane at the Ft. Lauderdale-Hollywood International Airport in July 2016. (Getty)

Five people were killed on January 6 during a shooting at the Ft. Lauderdale-Hollywood International Airport in the baggage claim area in terminal two. There are reports that the shooter, identified as Esteban Santiago, had checked in his weapon, which is possible. TSA rules and regulations do allow passengers to carry a handgun with them in their checked luggage, but it is not allowed in carry-on luggage.

The rules on the TSA website state that unloaded firearms can be transported on a plane, but only if they are in a locked, hard-sided container that is not easily opened. The passenger should have the keys to the lock (or locks) on the container.

You can carry the weapon with ammunition, but the weapon itself must not be loaded. You also have to tell the person at your airline’s ticket counter that you have a weapon in your checked luggage.

Passengers also cannot take firearm parts on a plane in carry-on luggage. This includes magazines, clips, bolts and firing pins. Replica firearms must also be in checked-in luggage, but you can take rifle scopes in carry-on baggage.

Here is the definition of a firearm, from the TSA site:

United States Code, Title 18, Part 1, Chapter 44, firearm definitions includes: any weapon (including a starter gun) which will, or is designed to, or may readily be converted to expel a projectile by the action of an explosive; the frame or receiver of any such weapon; any firearm muffler or firearm silencer; and any destructive device. As defined by 49 CFR 1540.5 a loaded firearm has a live round of ammunition, or any component thereof, in the chamber or cylinder or in a magazine inserted in the firearm.

Ammunition is also banned from carry-on luggage, but can be taken in checked-in baggage. The full regulations on ammunition transportation can be found here.

The TSA also suggests that passengers carefully look at the local gun carry laws. FloridaCarry.org notes that there are just six states – including Florida – where it is illegal to carry a firearm in an airport. According to Florida law, a license to openly carry in the state doesn’t authorize a person to carry a handgun or concealed weapon into:

The inside of the passenger terminal and sterile area of any airport, provided that no person shall be prohibited from carrying any legal firearm into the terminal, which firearm is encased for shipment for purposes of checking such firearm as baggage to be lawfully transported on any aircraft.

However, as the Tallahassee Democrat reported on January 3, the Florida State legislature is set to start debating SB 140, a law that would repeal the ban against open carrying in airports. The bill would also allow people with open carry permits to have weapons at college campuses and government meetings. 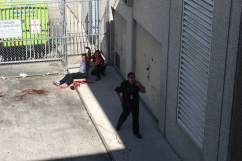 Loading more stories
wpDiscuz
1
0
Would love your thoughts, please comment.x
()
x
| Reply
Since there are reports that the Ft. Lauderdale airport shooter had his handgun in his luggage, here is how he could have gotten his gun checked in by the TSA.