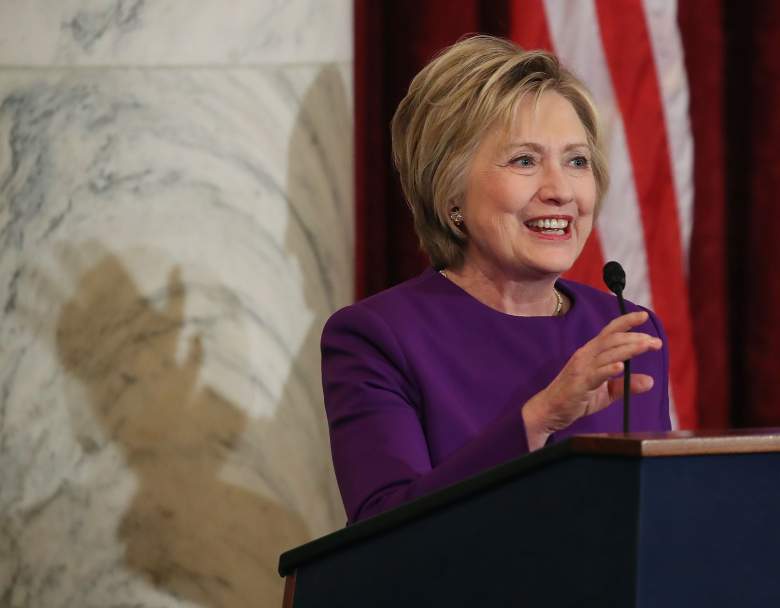 Hillary Clinton’s supporters are still very unhappy that President-Elect Donald Trump is going to be president. But while many have been wondering if Clinton was going to actually attend the inauguration, it appears that yes, she and her family will be there.

Many are wondering why. The day will likely be very bittersweet for Clinton, since she won the popular vote by nearly 3 million and the race between her and Trump was quite close in some states where the electoral votes really counted. Between thousands of people protesting after his election and a very acrimonious campaign, some of Clinton’s supporters are wondering why she would attend and show her support to the new President. But others are praising her for the decision, saying it takes real maturity to do that.

Although Clinton has not spoken publicly yet about the decision, sources close to the Clintons have said that they are attending out of respect for a peaceful transfer of power. It appears that at least she and Bill will be there. We don’t have word yet about Chelsea.

Here are some people’s reactions to the news:

Wow. @HillaryClinton says she'll attend the inauguration. Impressive call, but not an easy one. She doesn't have to bring a gfit, does she?

The fact Hillary Clinton will attend Trump's inauguration is extraordinary guts. That woman is as tough as human beings get.

.@HillaryClinton .@billclinton After what he did, HOW ON EARTH can you two justify going to HIS inauguration? So disappointed in you both!

Loading more stories
wpDiscuz
12
0
Would love your thoughts, please comment.x
()
x
| Reply
Is Hillary Clinton attending Trump's inauguration? If so, why? Some supporters aren't too excited that she might be there.