Hundreds of thousands of protesters are expected to demonstrate against President-elect Donald Trump when he takes the oath of office next week.

According to Politico, at least 28 different groups have been credentialed by the National Park Service, and a spokesperson said the National Park Service has received an unprecedented number of requests. One of the largest demonstrations in D.C. will be the Women’s March on Washington, which will take place the day after the inauguration: Saturday, January 21st beginning at 10:00 a.m. It will start on the intersection of Independence Avenue and Third Street SW.

The group behind the Women’s March on Washington does not currently have an exact headcount for the event, but on their Facebook event page, 186,000 people say they plan to attend. An additional 253,000 people say they’re interested in attending.

The name of the event might give off the impression that it’s mainly intended to be a demonstration of women, but the group says the march is open to anyone who supports women’s rights.

“[T]he Women’s March on Washington (WMW) is for any person, regardless of gender or gender identity, who believes women’s rights are human rights,” the group says on its website.

Here’s what you need to know about the Women’s March on Washington and the group behind it.

1. It Has Been in the Works Since November 9th 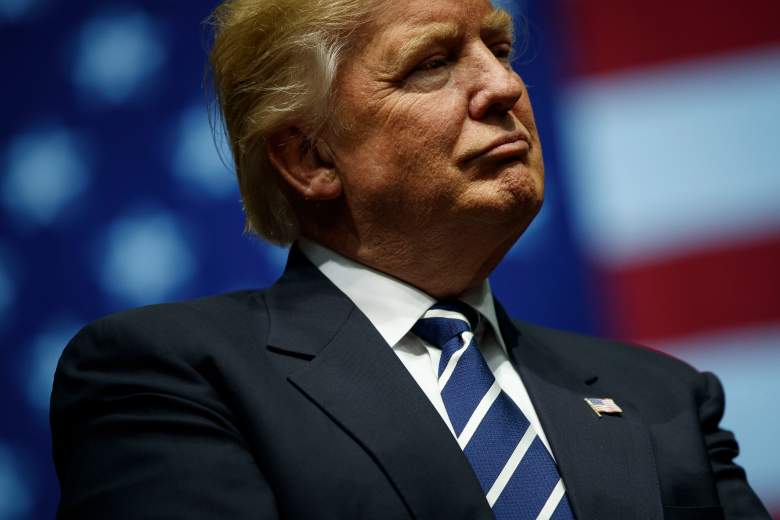 The Women’s March on Washington started being planned literally moments after it became clear that Donald Trump would become the 45th president of the United States.

It was started by Teresa Shook, a retired attorney and grandmother in Hawaii who thought she would get together some of her Facebook friends who were interested in protesting the inauguration, according to a press release from the WMW. In the next 24 hours, thousands of people had expressed interest in the idea, and it only grew from there.

The event was originally named the Million Women March; this was to pay tribute to the 1997 Million Women March, an event held in Philadelphia that brought together thousands of African American women. Later, it was renamed the Women’s March on Washington, and so it now pays tribute to the 1963 March on Washington for Jobs and Freedom, the event during which Martin Luther King Jr. delivered his “I Have a Dream” speech. 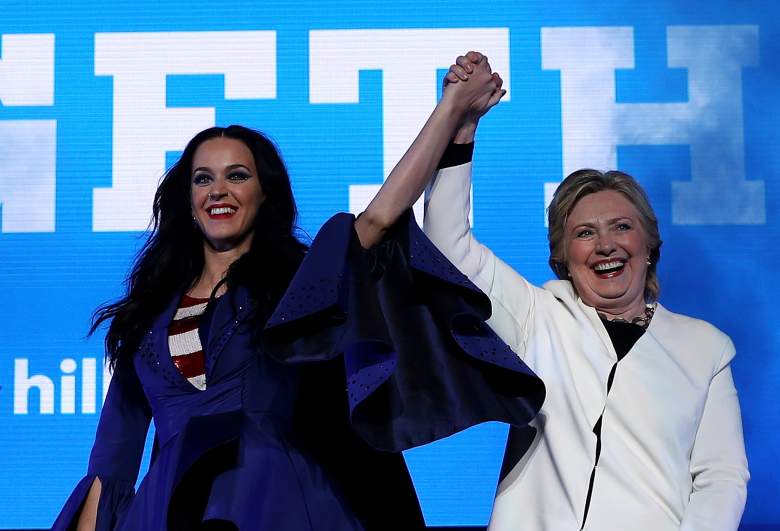 The Women’s March on Washington has now attracted the attention of many Hollywood celebrities who plan to demonstrate alongside everyone else on January 21st. This includes a number of celebrities who endorsed Hillary Clinton during the 2016 presidential election.

For instance, Katy Perry, who campaigned for Clinton and performed for her during a November 6th campaign rally, says she will march.

Scarlett Johansson will also be present. Johansson did not appear at any Hillary Clinton events during the campaign, but she was vocal in her support for the Democratic candidate,

“Hillary is the right candidate for right now,” Johansson said in an interview with Variety. “I think she’s got a lot of integrity. She’s got a lot of stamina. She’s a very clever politician, and that’s actually important to me. Maybe it’s because I have a daughter now.”

Johansson also appeared in an anti-Trump PSA created by her colleague Joss Whedon, director of the Avengers films.

Cher will be at the Women’s March on Washington, too. Cher is another celebrity who supported Hillary Clinton, appearing at her rallies and criticizing Donald Trump throughout the election. She recently took to Twitter to encourage her followers to attend the January 21st demonstration.

JOIN MARCH IN D.C.,2PROTEST TRUMP REGIME‼️2 PROTEST IN YOUR OWN HOME…TURN ON TV,AND AS TRUMPS INAUGURAL STARTS…
TURN TV OFF??
#TURNHIMOFF

In addition, comedian Amy Schumer plans to attend the march. Schumer formally endorsed Hillary Clinton during the 2016 election; she made headlines after Election Day when she mocked Donald Trump during a stand-up show and received a mixed reaction of cheers and boos.

Recently, Evan Rachel Wood, star of the HBO series Westworld, announced on Twitter that she would attend the Women’s March on Washington as well.

The following celebrities have also said that they will attend the protest: 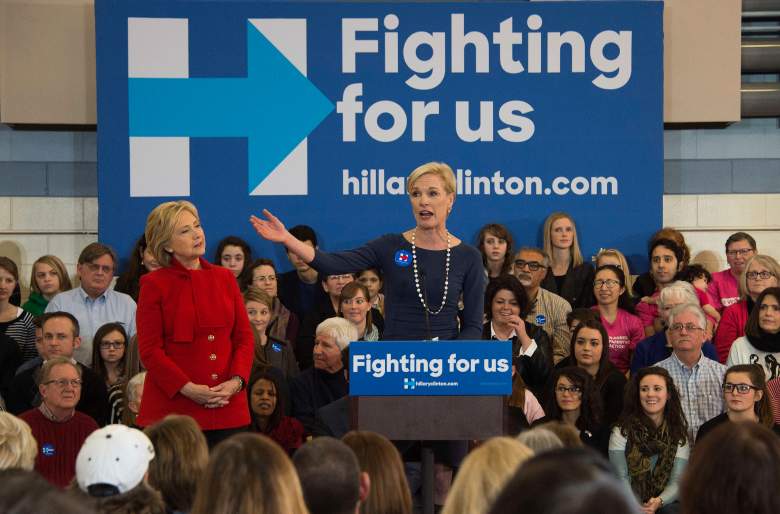 Cecile Richards, president of the Planned Parenthood Federation of America speaks at a Hillary Clinton campaign rally in January 2016. (Getty)

A number of groups have signed on to be partners of the Women’s March on Washington.

“It’s moments like this when I’m proudest to count myself among the Planned Parenthood family,” said Kelley Robinson, assistant director of Planned Parenthood Federation of America. “Together, in Washington and across the country, we’ll send a clear message to extremists: We are stronger than your attempts to divide us. We won’t stand idly by as you try to roll back our fundamental rights – and that includes fighting like hell to stop every attempt to defund Planned Parenthood health centers.”

Another organization that is sponsoring the march is Amnesty International, a human rights group. They signed on as a co-sponor in December.

“We’re proud to stand with people from all across the country to declare that women’s rights are human rights and to demand that the new administration and Congress protect everyone’s human rights,” said Margaret Huang, executive director of Amnesty International USA. “We decided to cosponsor the Women’s March on Washington to help send a loud and clear message that human rights must be respected.”

NARAL Pro-Choice America, a group that advocates for unrestricted access to abortion, is another co-sponsor of the event. They were vocal in their opposition to Donald Trump throughout the 2016 election and formally endorsed Hillary Clinton for president.

“The grassroots activism fueling the march is extraordinary and sends a clear message to the Trump administration: We will not stand down in the face of attacks on our fundamental rights, and we will hold anti-choice and anti-woman politicians accountable,” Ilyse Hogue, president of NARAL Pro-Choice America, said in a statement.

GLAAD, the Gay & Lesbian Alliance Against Defamation, is a co-sponsor of the march as well. This LGBT group has said that the 2016 Republican platform is the most hateful in history.

“America stands tallest when it stands firmly in its founding principle that all people are created equal,” GLAAD said on November 9th. “With the election behind him, President-elect Trump must now rise above divisive politics and side with the vast majority of Americans who demand equality for their LGBTQ friends, family, and neighbors.”

Although Trump himself has shown tepid support for same-sex marriage, the official Republican party platform states that marriage is between a man and a woman and that “we do not accept the Supreme Court’s redefinition of marriage and we urge its reversal, whether through judicial reconsideration or a constitutional amendment returning control over marriage to the States.”

Those are just some of the most well known organizations that have signed on as co-sponsors, but there are dozens more. Here is a list of all of the groups that serve as partners for the Women’s March on Washington:

4. They Have Raised $1 Million so Far

Those opposed to Donald Trump demonstrate in the days following his election. (Getty)

Putting on an event of this size is obviously a very expensive process, and so the group is currently trying to raise $2 million. This money will support the costs of things like parking and porta-potties.

“All proceeds will go to logistics and expenses to put on the Women’s March on Washington,” the group says.

As of Friday morning, the WMW has raised over $1 million on its Crowd Rise page. The majority of this money appears to be coming from small donations of $20 to $50.

On Crowd Rise, many donating to the cause have left comments explaining why they support the movement and this event in particular.

“As a minority, I choose to be part of the movement saving our democracy against the danger,” wrote one anonymous individual who donated $100.

The Women’s March on Washington won’t just be a demonstration with the goal of generally opposing the presidency of Donald Trump; rather, the group has now gone into detail about the policies they are advocating for. The platform, which they call the Guiding Vision and Definition of Principles, was prepared by individuals from a variety of advocacy groups like the Council on American Islamic Relations, the National Domestic Workers Alliance, the National Organization for Women, Planned Parenthood Federation of America, and the Center for American Progress.

The platform advocates for the implementation of an Equal Rights Amendment to the U.S. Constitution.

The group also says that it will fight against any federal or state government actions that would restrict access to healthcare services, including birth control and abortion, and it will fight for the right of individuals to access these services regardless of income. The platform goes on to talk about reducing workplace discrimination against women and mothers, and guaranteeing paid family leave, access to affordable child care, and equal pay for equal work.

In addition, the platform advocates for the right of LGBTQ Americans to receive access to name and gender changes or identity documents, anti-discrimination protections, and comprehensive health care without limitations.

Next, the group says it will fight for police accountability and the end of arming police with military grade weapons and tactics.

On the topic of labor unions, the platform states that all workers have the right to organize and fight for a raise of the minimum wage, and that undocumented workers and sex workers must be included in labor protections.

Regarding immigration reform, the platform rejects mass deportation and family detention, saying that a pathway to citizenship must be established. “We recognize that the call to action to love our neighbor is not limited to the United States, because there is a global migration crisis,” the platform adds. “We believe migration is a human right and that no human being is illegal.”

Finally, the group says that the environment must be protected and that all citizens have the right to clean water and clean air.

Loading more stories
wpDiscuz
41
0
Would love your thoughts, please comment.x
()
x
| Reply
The Women’s March on Washington, a massive demonstration against the inauguration of Donald Trump, is expected to draw 200,000 protesters next week.