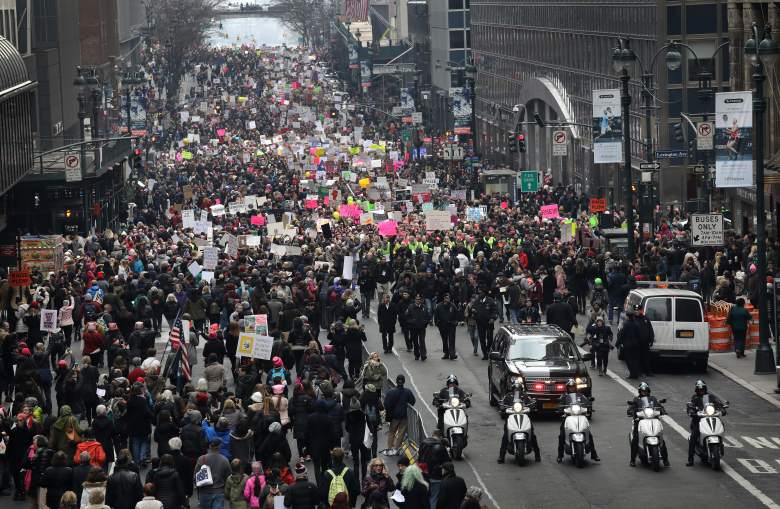 Thousands of people march on 42nd street during the Women’s March on January 21, 2017 in New York City. The Midtown Manhattan event was one of many nationwide that came a day after Donald Trump was sworn in as the 45th President of the United States. (Getty)

Here are more stories from the rally.

The rally was a peaceful one. Officials estimated that about 250,000 showed up to show their support of Planned Parenthood, equal pay, a living minimum wage, reproductive rights, racial equality, and more. However, there could end up being an even higher attendance count. The march was being broken into “waves” because so many were attending, and the first wave had 200,000, according to a reporter from The Daily Beast:

Announcer just said 200K already at #WMNYC. This is only the first wave.

According to the Gothamist, the crowds stretched from 47th to 2nd Avenue to Trump Tower. 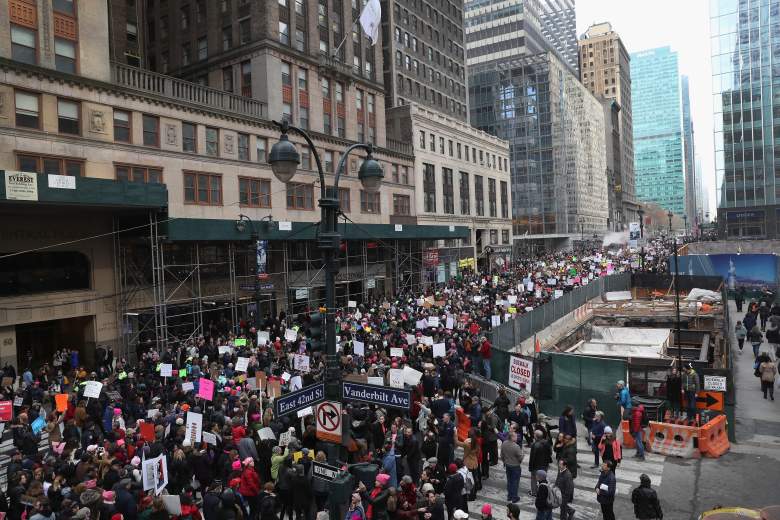 Thousands of people march on 42nd street during the Women’s March on January 21, 2017 in New York City. (Getty)

Thousands of people on 42nd Street for #WomensMarch on #NYC chanting "This is what Democracy looks like" pic.twitter.com/dLbgnb8DmU

Many people took the day off or closed their local businesses so they could participate. Here’s a photo from Grand Central:

Thousands packed the streets, overflowing throughout the city. But the atmosphere was friendly and motivating, not angry and violent. Some protesters during the inauguration the day before in D.C. had broken windows and damaged businesses, even hurting each other. But this wasn’t the case at the Women’s March in New York. There was a lot of chanting, like “My body, my choice!,” but no violence, according to recent reports: 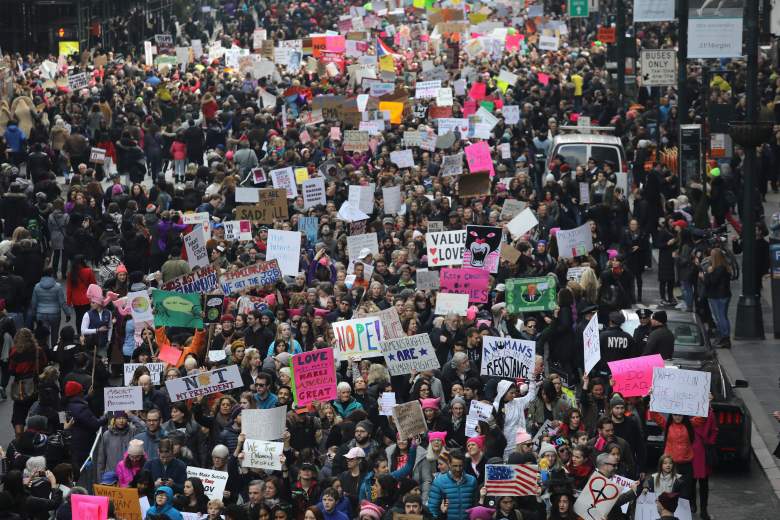 Thousands of people march on 42nd street during the Women’s March on January 21, 2017 in New York City. (Getty)

Marchers had originally planned to go all the way to Trump Tower, but police stopped them south of East 55th, amNY reported. 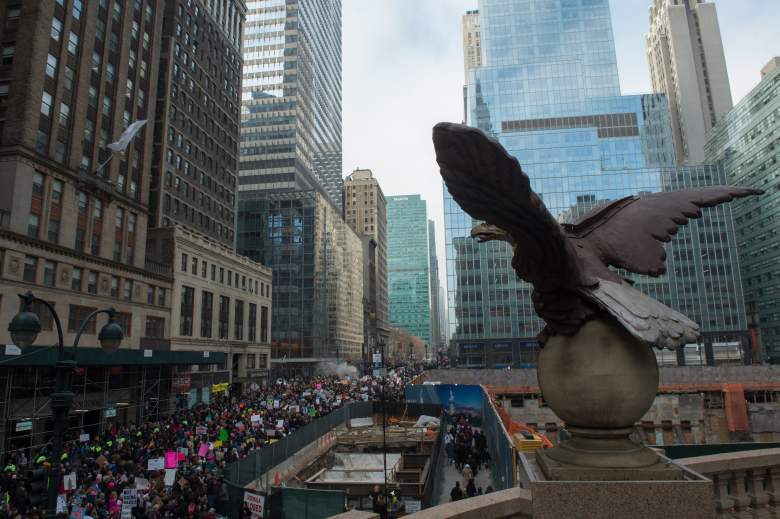 Protesters march in New York during the Women’s March on January 21, 2017. (Getty)

Crowds were so big that some roads were shut down:

#WomensMarch in NYC is massive, shutting down 2nd, 3rd and 5th Aves pic.twitter.com/xssw0DbVpW

A related rally was held at Dag Hammarskjold Plaza. An organizer told the crowd: “We’ve come out to say that women matter!” Rosie Perez, Taylor Schilling, and other celebrities spoke at the New York event.

Here are some comments shared on social media from people who were at the New York City march:

This was a good sign from today's #WomensMarch in #nyc . Yup. pic.twitter.com/780kDPKBzc

Some participants brought their children with them:

And here are some videos shared from the event:

We march against Trump and his antiquated ideas because we care about the future of our country. #WomensMarch #divestdonald #theresistance pic.twitter.com/BGHAZatrJY

To see how many women were at the big rally in D.C., along with photos from all over the world, please see our stories below: 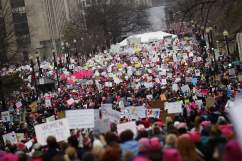 Read More
Breaking News
The Women's March in New York City drew a huge crowd. Learn how many were at the #womensmarch in NYC and see photos and videos here.