The Women’s March on Washington takes place today, with sister marches also being held all over the country in support of the march. Thousands of people are gathering and participating in the Los Angeles march, with countless celebrities joining in as well. One of the organizers, Emiliana Guereca, released the following statement about the LA event:

For all the information on the schedule of events, road closures and the route, read on below.

TIME SCHEDULE: Bus arrivals will occur between 6 – 8 a.m. PT. Participants should meet at 9 a.m. PT and sign-making will take place in this time, but the march will officially begin at 10 a.m. PT.

STARTING POINT: Kick off of the event will begin at 5th & Hill. The march starting point is reported as Pershing Square at Olive and 6th streets in downtown Los Angeles, California.

ROUTE: The march will begin at Pershing Square and then head down Hill Street between 6th and 1st streets, marching towards City Hall. Once arriving at City Hall, there will be another rally with more speakers. Marchers will then walk back to Pershing Square. This will be a total of approximately two miles.

ROAD CLOSURES: Broadway between 3rd and 6th streets will be closed down between the hours of 6 a.m. – 6 p.m. PT.

CELEBRITIES ATTENDING: Stars who are expected to show up include but are not limited to Ariana Grande, Jane Fonda, Idina Menzel and Alfre Woodard.

ADDITIONAL RESTRICTIONS & INFORMATION: There will be food trucks and bathrooms along the route. No alcohol, weapons of any kind, dogs or pets (service animals only, please) are allowed. 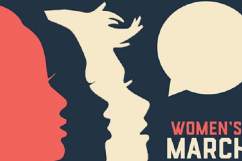 Women’s March on Washington DC 2017 Live Stream: How to Watch the Event Online

Loading more stories
wpDiscuz
4
0
Would love your thoughts, please comment.x
()
x
| Reply
Where in LA is the 2017 Women's March on Los Angeles? Get the details on what time it starts, the route, location and schedule.