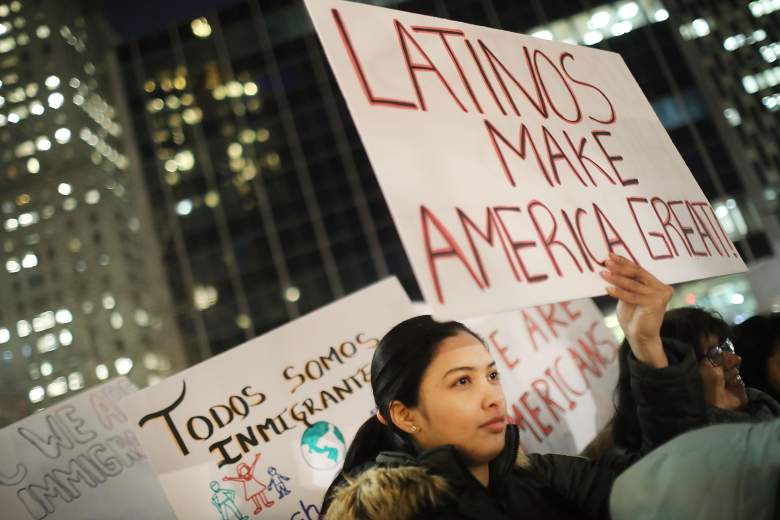 Immigrants across the country are going on strike and protesting today, February 16, as part of a “Day Without Immigrants.” They are skipping class, missing work, and not shopping in response to President Donald Trump’s pledge to increase the deportation of undocumented immigrants. To participate, all you have to do is skip school or work in solidarity with other immigrants. However, if you want to know if others in your area are participating, we have details below. The Day Without Immigrants doesn’t appear to have one Facebook page or website coordinating all the protests and strikes across the nation. So if you want to find out if anyone in your area is participating, and you don’t see a name in the list below, your best bet is to search Facebook for “Day Without Immigrants” and your city’s name.

Not everyone is supporting the Day Without Immigrants strike. For example, on this Facebook event page, commenter Marc Galliard wrote, “You don’t get it. I am the son of an immigrant. We support legal immigration. So does Trump.” Another person, Ely Gonzalez, responded, “Have you not been following the news? The Trump-Bannon squad makes no distinction.” Others pointed out that they couldn’t participate because they were out of sick days or vacation days and couldn’t risk losing their jobs. In some cases, people who want to participate but can’t are donating part of their wages to workers who are going on strike today and some business owners are donating profits to organizations that offer legal help to immigrants.

In Denver, Colorado, Westword reported that restaurants planning to close include Adelitas, Palenque, Maria Empanada on South Broadway and in the Denver Tech Center, along with several restaurants in Breckenridge.

Expect Participation in Illinois Too

According to ABC7, 17 businesses in west Aurora will be closed, including La Villita.

Some Kentucky Stores & Businesses Are Participating

In Kentucky, some students are planning to not attend school and some businesses are planning to participate, WKYT reported. These include Moda Y Deporte clothing store, which will be closed.

In Massachusetts, the Davis Museum at Wellesley College is planning to remove or shroud all artwork that was created by or given to them by immigrants, Fox reported.

Some Minnesota Restaurants Are Closing

You’ll find some participation in Minnesota too. According to Huffington Post, Melissa Silva-Diaz is closing El Burrito Mercado in St. Paul for the day after talking with employees.

In Twin Cities, Mesa Pizza announced on Facebook that it will close all three locations for the day.

New Mexico Schools Are Pushing Back

In New Mexico, public schools aren’t being as supportive, Fox reported. Principals with Albuquerque Public Schools told parents in a letter that students need to attend every day and students protesting will receive an unexcused absence.

In New York, quite as few restaurants are planning to close, including Blue Ribbon Restaurants with seven locations and over 500 employees, New York Eater reported.

In Philadelphia, Pennsylvania, quite a few businesses are planning to close for the day. Carmen Guerrero told Philly.com that 20 businesses in Montgomery County, Philadelphia, Allentown, and King of Prussia pledged to join the strike, including restaurants, beauty salons, Mexican specialty stores, a caterer, and a roofing company. David Suro, owner of Tequilas Restaurant in Philadelphia, told Fox that he was planning to participate. According to Huffington Post, Benjamin Miller is closing El Compadre for the day, and Stephen Starr and Jose Garces will remain open but not punish any employee who chooses to participate.

Texas Is Seeing a Big Turnout in Austin

Other businesses that can’t close are participating by donating some of their proceeds to local immigrant legal services.

Washington, D.C. may see the biggest turnout. Chef Jose Andres, for example, is closing all his restaurants for the day except China Chilcano. Pizzeria Paradiso founder Ruth Gresser is closing her stores in Georgetown and Old Town Alexandria, Eater Washington D.C. reported. Compass Rose is supporting employees who want to strike and is planning for limited deliveries as a result, the Washingtonian reported. Bar Pilar expects to be down 17 employees and will swap out their regular menu for a more limited latin American selection in support. Others on staff are giving their tips to absent employees.

Meanwhile, health-food chain Sweet Green said it would close all 18 stores in the DC-Maryland-Virginia area. And Busboys & Poets also plans to be closed, USA Today reported.

The news about stores and restaurants planning to close is constantly changing. If you know of any that should be added to this list, let us know in the comments below.

Read more about it at AhoraMismo.com: 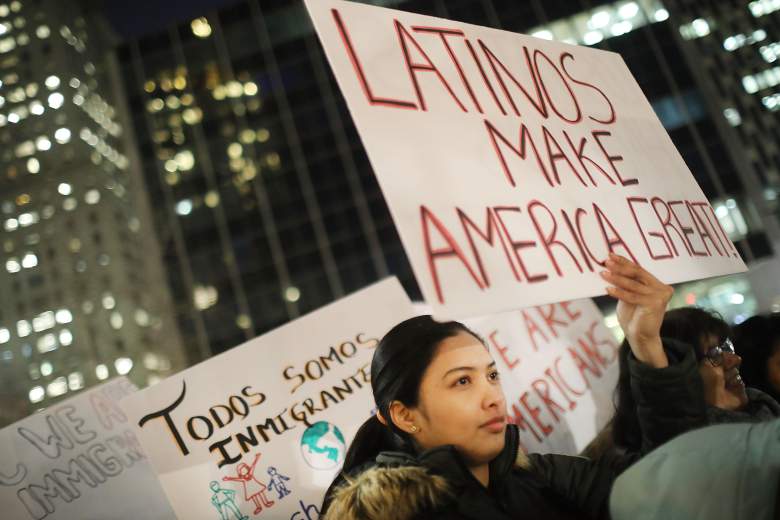 Read More
Breaking News
Here's a list of cities and states, including restaurants and other businesses, planning to be closed for today's Day Without Immigrants strike.