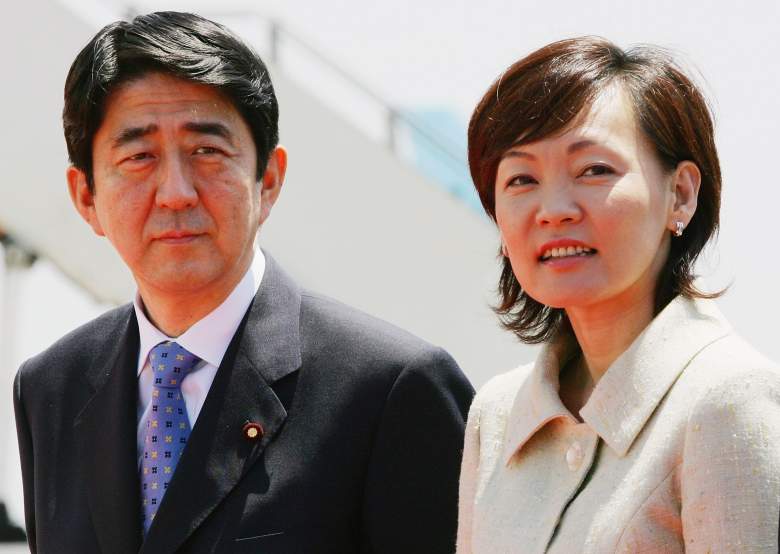 Japanese Prime Minister Shinzo Abe is visiting President Donald Trump at the White House on February 10 and is also scheduled to golf with him at Mar-a-Lago in Florida. The two world leaders are expected to be joined by their wives, Akie Abe and Melania Trump.

Abe and Akie, born Akie Matsuzaki in June 1962, have been married since 1987. The couple do not have any children. 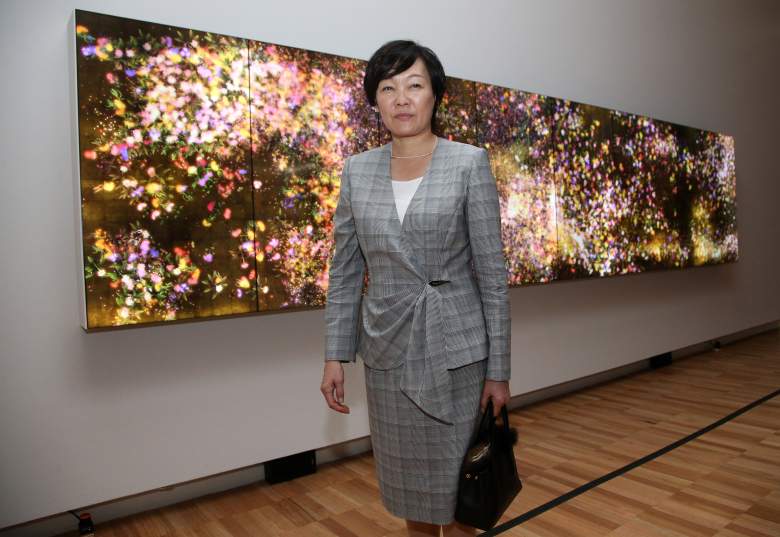 After finally meeting Melania’s predecessor, Michelle Obama, at the UN General Assembly in 2014, the two reportedly became close friends. As The Washington Post notes, it took them so long to meet because, during earlier visits to the U.S. during the Obama administration, Abe did not bring his wife.

Obama and Akie both share similar interests, including food safety and healthy eating. Akie also supported Obama’s “Let Girls Learn” initiative. Obama announced the initiative in Japan, with Akie by her side.

Like Obama, Akie is also very popular on social media in Japan. Her Facebook page has over 100,000 followers. She also posted photos of herself and Abe arriving in the U.S. this week. She’s also opened a restaurant called Uzu that focuses on all organic food.

2. Akie Has Publicly Criticized Her Own Husband’s Policies 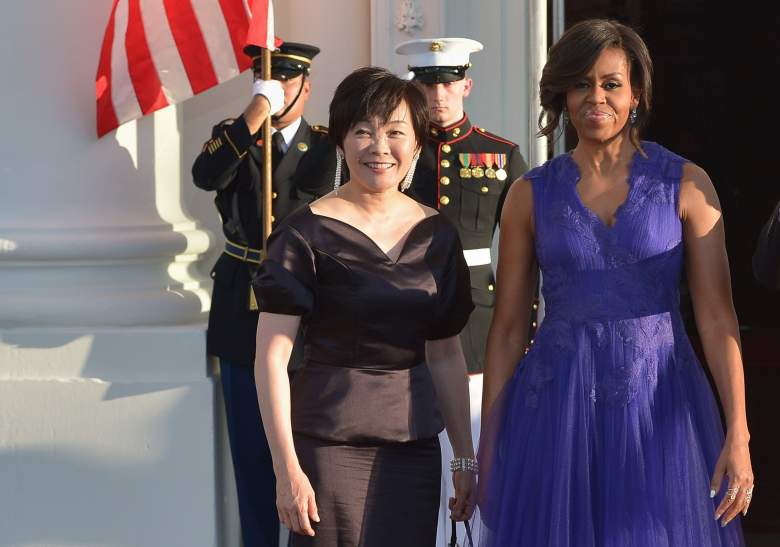 Akie has surprisingly been embraced in Japan for criticizing and speaking out against her husband. As Bloomberg notes, she is known as “the household opposition” for her public statements on her husband’s conservative policies.

“I want to pick up and pass on the views that don’t get through to my husband or his circle,” Akie told Bloomberg. “That is a bit like an opposition party, I suppose.”

“When he is being criticized by the opposition parties every day, if I go home and start nagging him again, he might ask me to stop it,” she told Bloomberg. “As his wife, there are times when I don’t want to attack him too much. Other times, I really feel I have to tell him something.”

In a Japan Times profile in 2016, she said that the fact that the Japanese First Lady has no official duties really frees her up to speak her mind.

“It means nothing to be the prime minister’s wife in Japan — she is just the wife of a prime minister,” Akie told the Japan times. “She is not a member of the Imperial family, so she doesn’t have any official duties. She gets no budget from the government, nor is she afforded any protection from police.”

Specifically, Akie has openly criticized her husband’s support of the Trans-Pacific Partnership agreement and opposes the building of seawalls in the Tohuku region that could cost ¥1 trillion ($8,796,700,000) to build.

“Once a policy is formulated, it can never be reversed even though local residents question it,” she told the Japan Times. “Some people are trying to make an effort to stop such moves. I thought something might change if I joined their movement.”

3. In Summer 2016, She Visited Pearl Harbor Months Before Abe Did 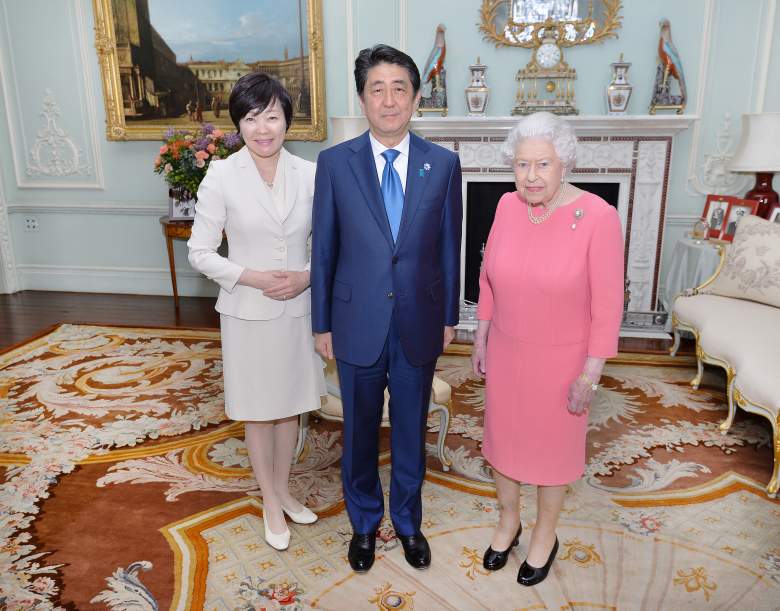 Last year, as the 75th anniversary of the Japanese attack on Pearl Harbor approached, there was talk that Abe would become the first Japanese Prime Minister to visit the U.S. Naval base. However, Akie beat her husband to the punch. As CNN reports, Akie visited in August 2016, posting photos of the visit on her Facebook page. She went to the USS Arizona Memorial and met a veteran.

“She prayed and made a gesture of contrition,” Jeffrey Kingston, the director of Asian Studies at Temple University in Tokyo, told CNN.

Eventually, Abe did visit Pearl Harbor in December 2016. He offered “sincere and everlasting condolences” to the victims, adding, “We must never repeat the horrors of war again, this is the solemn vow the people of Japan have taken.”

“To the souls of the US servicemen who lie aboard the USS Arizona, to the American people, and all people around the world, I pledge that unwavering vow,” Abe said. 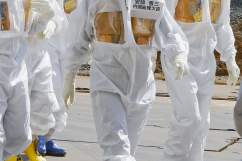 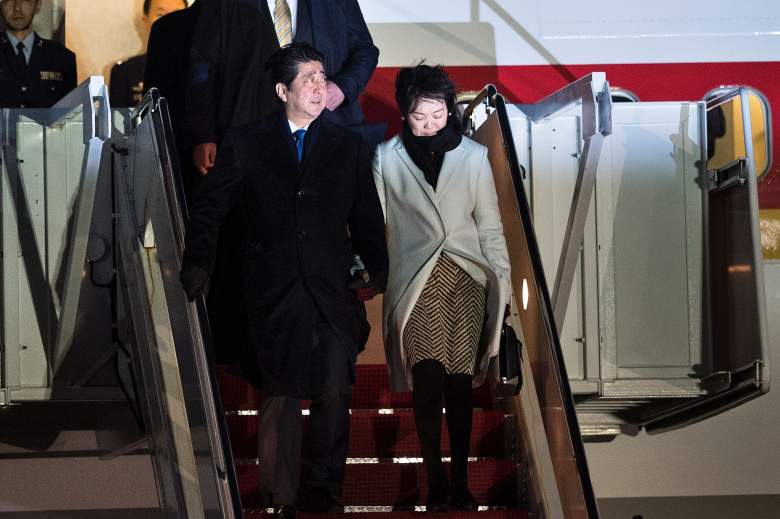 Akie Abe and Shinzo Abe arrive in Maryland before they meet Donald Trump on February 10. (Getty)

Akie is also known for her support of the LGBT community in Japan. As the Japan Times reported, Akie took part in the third Tokyo Rainbow Parade in April 2014. She was on a float with a drag queen.

“I want to help build a society where anyone can conduct happy, enriched lives without facing discrimination,” Akie wrote on Facebook. “I had the pleasure of spending fun time filled with smiles. Thank you.”

Akie wrote on Facebook that she has joined a UNAIDS commission to help stop the spread of AIDS.

“Over time, in some of the African countries, and also in Tokyo, Japan, I’ve got acquainted with people living with HIV, like Hiroshi Hasegawa-san, and worked closely with them,” Akie said in a 2014 speech in London. “I have developed a thought that how we interact with, or close our eyes toward, persons living with HIV, is a reflection of who we are. It is a reflection of whether we can speak out for the socially marginalized, and therefore, often times, voiceless.” 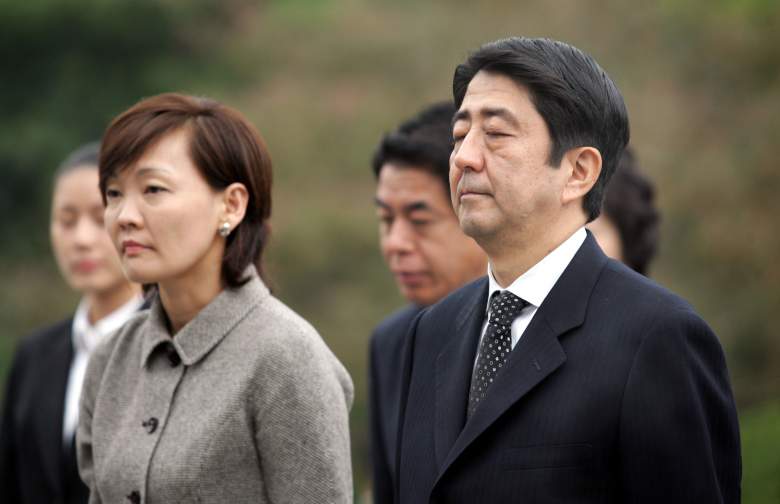 During the 1990s, when Abe was still just another member of the Japanese House of Representatives, Akie co-hosted a radio show as a DJ. Starting in 1998, she co-hosted Akky and Yosuke’s Tokyo Lounge, with Akky as her DJ nickname. She hosted with Yosuke Ito, a member of the group Tokyo Purin.

A Tokyo Business Today profile notes that she was brought up in an affluent family. Her father, Akio Matsuzaki, was the president of confectionaries manufacturer Morinaga, which was founded by both of her great-grandfathers. Akie studied at a Christian school in Tokyo. She worked at the advertising firm Dentsu, where she met Abe at age 22. They dated for over two years before marrying in 1987.

In 2006, she told Bungei Shunju that she had come to terms with never having children herself. She refused to adopt a child.

“I think it is all fate and I have to accept it – the fact that I married a politician, that he became prime minister and that we were not blessed with children,” Akie said in 2006. 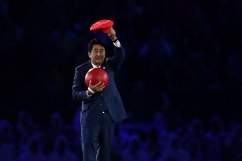 WATCH: The Prime Minister of Japan as Super Mario in Rio