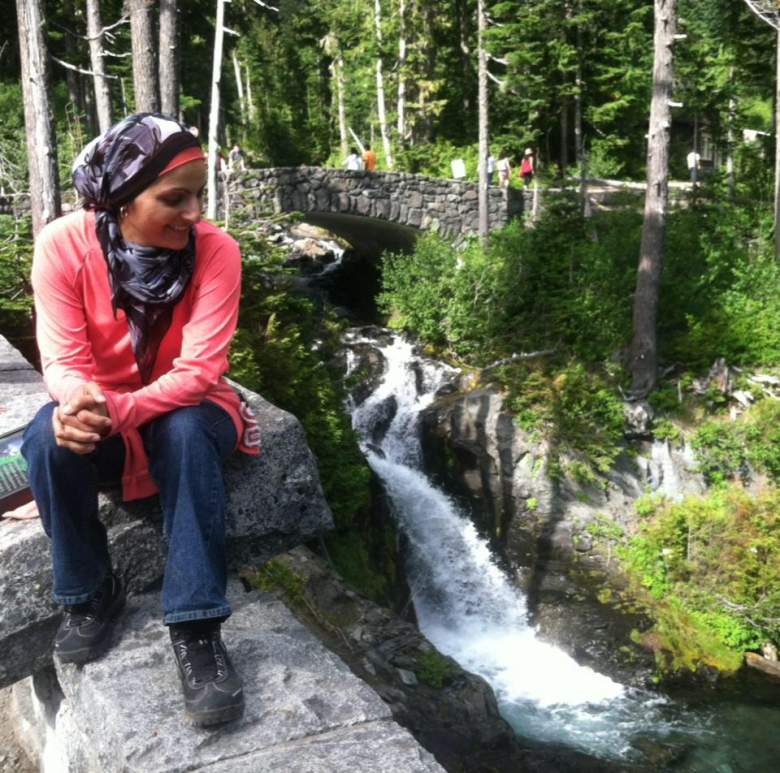 Every lawmaker in Congress is allowed to invite one guest to the address, and many Democrats are using this invite to make a statement against Trump, bringing with them undocumented immigrants who fear being deported or Americans Muslims adversely affected by the president’s recent travel ban.

Here’s what you need to know about Aneelah Afzali, one of the guests at President Trump’s Congressional address.

1. She is the Executive Director of the American Muslim Empowerment Network

We welcome Aneelah Afzali to our #ayp82 Fall Conference and her topic, "Seeing the Unseen: Islamophobia" pic.twitter.com/6yuNBIaYCQ

Aneelah Afzali serves as the executive director of the American Muslim Empowerment Network.

Also known as AMEN, the American Muslim Empowerment Network is a part of the Muslim Association of Puget Sound, an Islamic organization founded in 2006 in the state of Washington. AMEN was launched in January 2017.

Afzali told the Redmond Reporter that the goal of AMEN is to mobilize people to take action against hate, to educate Americans about Islam, and to empower young people to contribute to their communities.

Afzali also said that AMEN was started specifically as a reaction to the 2016 presidential election and in response to recent hate crimes against American Muslims.

2. She Is From Kabul, Afghanistan

According to The Seattle Globalist, Afzali was born in Kabul, Afghanistan in 1977; she and her parents fled the country in 1979 as Afghanistan was at war with the Soviet Union.

“My parents gave up everything, carrying only what they could with them as refugees,” Afzali told the Seattle Globalist.

They lived in Germany for three years before finally coming to California in 1982. After five years, the family moved to Portland, Oregon, where Afzali’s parents ran a video store. When Afzali enrolled in the University of Oregon, she became the first member of her family to attend college.

Afzali told the Seattle Globalist that it was in college that she really decided on her own that Islam was the right religion for her. She later earned a law degree from Harvard Law School, worked at a few law firms and then at a healthcare technology company. In recent years, she has been taking a break from her law career in order to focus on her work as a community leader and activist.

She also says that her mother begged her not to pray in public after 9/11, but instead, Afazli has embraced her faith and now wears her hijab regularly.

“I was a believer that while modesty is a mandate in Islam, the hijab is not. But I reached a point where I thought ‘I’m proud to be Muslim’ and it’s my strongest and most important identity now,” she told the Seattle Globalist. “Why not show it and stand in solidarity to challenge the negative representations and stereotypes of Muslim women? Plus, when I wear hijab, it’s a reminder of God with me all the time.”

3. She Attended the Women’s March on Seattle in January

In January 2017, Aneelah Afzali delivered a speech at the Women’s March on Seattle about how to combat growing Islamophobia in the United States.

After running through a number of recent hate crimes against Muslims, including the vandalization of a mosque sign in Redmond, she told the crowd that they could take three concrete steps: meet American Muslims and learn about Islam, call out Islamophobia and fight against it, and publicly speak about the lives and contributions of American Muslims on social media platforms.

“Your actions and words can counter the hate, change hearts and minds, and maybe save a child’s life,” she said.

4. She Has Been Critical of Republicans’ Response to Terrorist Attacks

In the wake of deadly terror attacks around the world, many of the Republican candidates in the 2016 election suggested that Islam is to blame, something Aneelah Afzali has been critical of.

In particular, she spoke out in March 2016 when Ted Cruz said in response to a terror attack in Brussels that police should “patrol and secure Muslim neighborhoods before they become radicalized.”

Afzali said that this was a scary thought reminiscent of Nazi Germany.

“It really scares me to think about what he could potentially be meaning because it sounds very eerily similar to 1930s Germany in my mind,” she told KUOW.

Afzali added that American Muslims are “deeply disturbed” by terrorist attacks committed by ISIS and that the words of people like Ted Cruz are “creating a divide, creating this ‘us versus them’ mentality.”

5. She Was Invited by Congresswoman Pramila Jayapal

The State of the Union is strong when all of our communities are strong. An attack on any community is an attack on all of us. #Resist pic.twitter.com/bJ1cSrcLx4

Aneelah Afzali was invited to attend the State of the Union by Congresswoman Pramila Jayapal of the state of Washington.

“Aneelah’s story is the American story,” Jayapal said in a statement. “A Muslim American woman of color, Aneelah has devoted her life to fighting for justice and equality. The president’s policies marginalize entire communities and target people like Aneelah for their race and religious beliefs.”

Afzali herself said in a statement that she is attending the Congressional address to “showcase the diversity that truly makes our country great and highlight the positive contributions of American Muslims to our nation, at a time when fearmongering and scapegoating are being used to demonize Muslims along with other minority communities.”

Jayapal also appeared with Afzali in a video posted to Twitter; in the video, Afzali says that Jayapal is a “fierce champion for the rights of all people.”