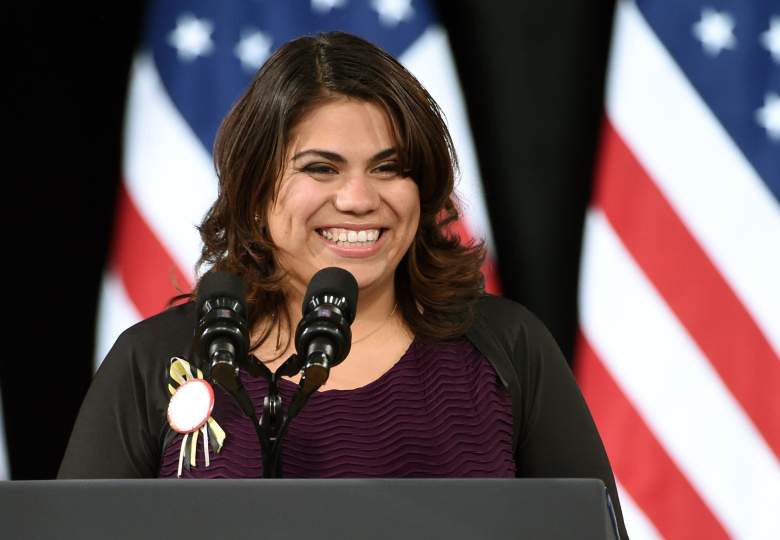 Astrid Silva, an undocumented immigrant brought to the U.S. at a young age who was protected from deportation by President Barack DACA program, will be delivering the Spanish language response to President Donald Trump’s address to Congress.

Who the Democrats have chosen to respond to Trump is quite symbolic of the issues they plan to focus on in the coming months. Giving the English language response will be Steve Beshear, the former governor of Kentucky who was a strong supporter of Obamacare during his tenure. Meanwhile, Silva is a “DREAMer,” and so it’s clear that the two issues Democrats plan to focus on in their battle against Trump are Obamacare and immigration.

Here’s what you need to know about Astrid Silva.

1. Her Parents Brought Her to the U.S. Illegally When She Was 4 Years Old

Astrid Silva’s parents brought her to the United States illegally when she was four, crossing the border on a raft while Silva carried her Ken doll.

“My family believed so deeply in the promise of this country that we risked everything for the American dream,” Silva said during a speech at the Democratic National Convention.

Silva grew up in Las Vegas, Nevada, and she says she didn’t realize that she was undocumented until later in her life, when her parents began to worry about her doing ordinary things like applying for college because someone might discover she was undocumented.

She says that she felt that getting a college degree was out of reach for her since she was undocumented. But she ended up going to community college and graduating with two associate degrees in arts and political science. This took her 10 years to accomplish, as at the same time, she made a living babysitting, and without a driver’s license, she relied on friends, her father, and the bus to get around, according to the Los Angeles Times.

2. She Wrote to Harry Reid & Inspired Him to Fight for Immigration Reform

Feliz birthday to one of the greatest men I'll ever know, Abuelito ? @SenatorReid pic.twitter.com/Z4PwBptpQd

According to the Los Angeles Times, Astrid Silva wrote a letter to Senator Harry Reid in 2009, giving it to him in person while Reid was campaigning in Nevada. She decided to attend a Reid rally and reach out to him after she saw her father cry for the first time when he could not return home to Mexico after his mother died.

Reid says he was inspired by Silva’s initial letter, and they soon became pen pals, with Silva sharing stories of her struggles as an undocumented immigrant.

“I…have never even stolen a piece of gum from a 7-11, yet I feel as though my forehead says ‘FELON,'” Silva said in one of her letters to Reid. “I long for the day when that stigma will be gone and I can make my parents sacrifices worth it and be an asset to MY country.”

Reid did not always sympathize with undocumented immigrants, but he says that people like Silva inspired him to fight for the issue in the Senate. 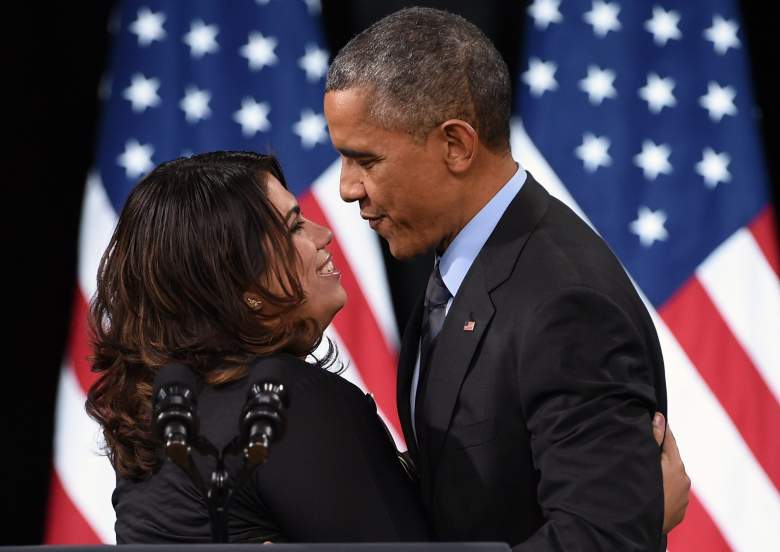 Astrid Silva hugs President Barack Obama after introducing him prior to his speech on his executive action on U.S. immigration policy at Del Sol High School on November 21, 2014. (Getty)

In November 2014, when President Barack Obama delivered a speech from the White House announcing his new immigration executive action sparing undocumented immigrants brought to the U.S. as children from the threat of deportation, he told Astrid Silva’s story.

According to NBC News, Silva was watching Obama’s speech with the Progressive Leadership Alliance, a pro-immigration group, and she had no idea that the president was going to tell her story.

“Silva burst into tears and nearly collapsed into a friend’s arms as the president continued to describe her journey,” NBC News reported at the time.

The next day, when Obama visited Del Sol High School in Nevada to discuss immigration, he was introduced by Astrid Silva, and the two of them embraced on stage.

4. She Says She Fears Her Parents Will Be Deported 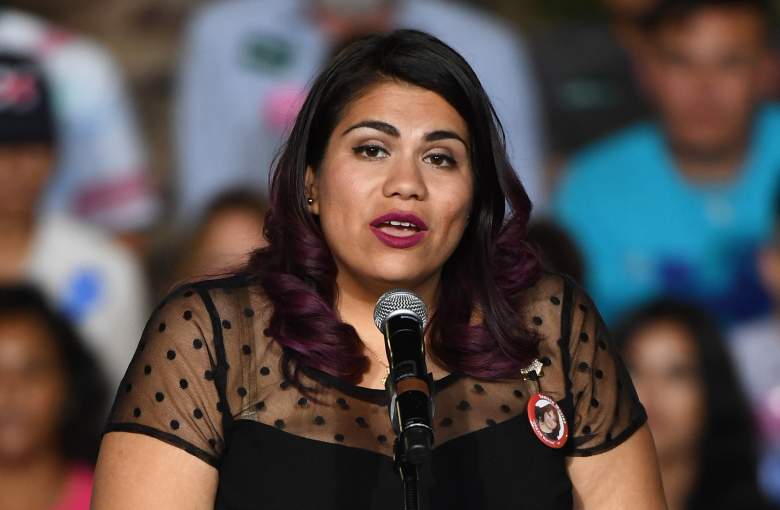 Democrats have said that Donald Trump’s immigration policies will tear American families apart, and Astrid Silva herself has said that she is fearful of her parents being deported even though they have not committed any crime outside of coming to the U.S. illegally.

“…We live in constant fear that my parents could be taken away from their grandson, Noah,” she said at the 2016 Democratic National Convention. “So when Donald Trump talks about deporting 11 million people, he’s talking about ripping families apart.”

Silva went on to contrast this with Hillary Clinton, saying, “Hillary Clinton understands that this is not who we are as a country.”

Silva’s father was actually almost deported in 2011. According to Fusion, in 2011, immigration officials detained Silva’s father in the early morning as he was stepping outside to go to work. He was held in a Las Vegas facility for a week before being released on a judge’s order.

“My dad still has an order of removal; he has a temporary stay that is extended a year at a time so he still lives with fear of being deported,” Silva told Fusion. “Every time he goes back and checks in with immigration, my family knows that at any moment his stay may not be renewed and he could be deported.”

5. Donald Trump Has Said He Will ‘Show Great Heart’ Towards Dreamers 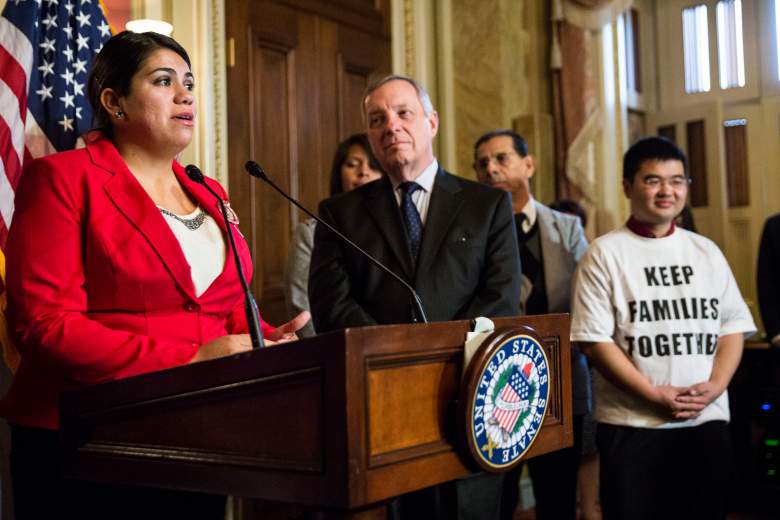 President Donald Trump in recent weeks has said that his administration will show “great heart” towards those who were brought to the country illegally at a young age by their parents. He specifically referred to those affected by Deferred Action for Childhood Arrives (DACA) during a recent press conference.

“DACA is a very, very difficult subject for me, I will tell you,” Trump said. “To me, it’s one of the most difficult subjects I have. Because you have these incredible kids – in many cases, not in all cases…in some of the cases, they’re having DACA and they’re gang members and they’re drug dealers, too – but you have some absolutely incredible kids, I would say mostly. They were brought here in such a way – it’s a very, very tough subject. We’re going to deal with DACA with heart.”

The Deferred Action for Childhood Arrives allows undocumented immigrants who came to the country as minors like Astrid Silva to receive deferred action for deportation for a renewable, two-year period.

Last week, memos from the Department of Homeland Security stated that the DACA program will be kept in tact and will not be affected by Trump’s new immigration policies. According to CNN, the memo stated that “the Department no longer will exempt classes or categories of removable aliens from potential enforcement” with the exception of those who are covered under DACA.

Loading more stories
wpDiscuz
0
0
Would love your thoughts, please comment.x
()
x
| Reply
Astrid Silva, an undocumented immigrant brought to the U.S. as a child, will deliver the Spanish language response to Donald Trump's address to Congress.