The group originally started with six members but has since ground to 26. The women all come from local communities surrounding the parks, and for many of them it is their first job out of high school, reports DW.

The women originally faced prejudice from people who didn’t believe females could take on the job of patrolling parks for poachers, but the Black Mambas have proven successful. According to Time, the women have arrested poachers and rescued countless animals from snares.

In fact, in July 2015 the women at the annual Rhino Conservation Awards, reports Africa Geographic. 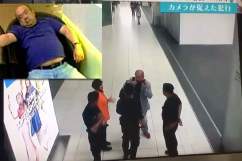